PG&E to Plead Guilty to Lethal Crimes in 2018 Wildfires 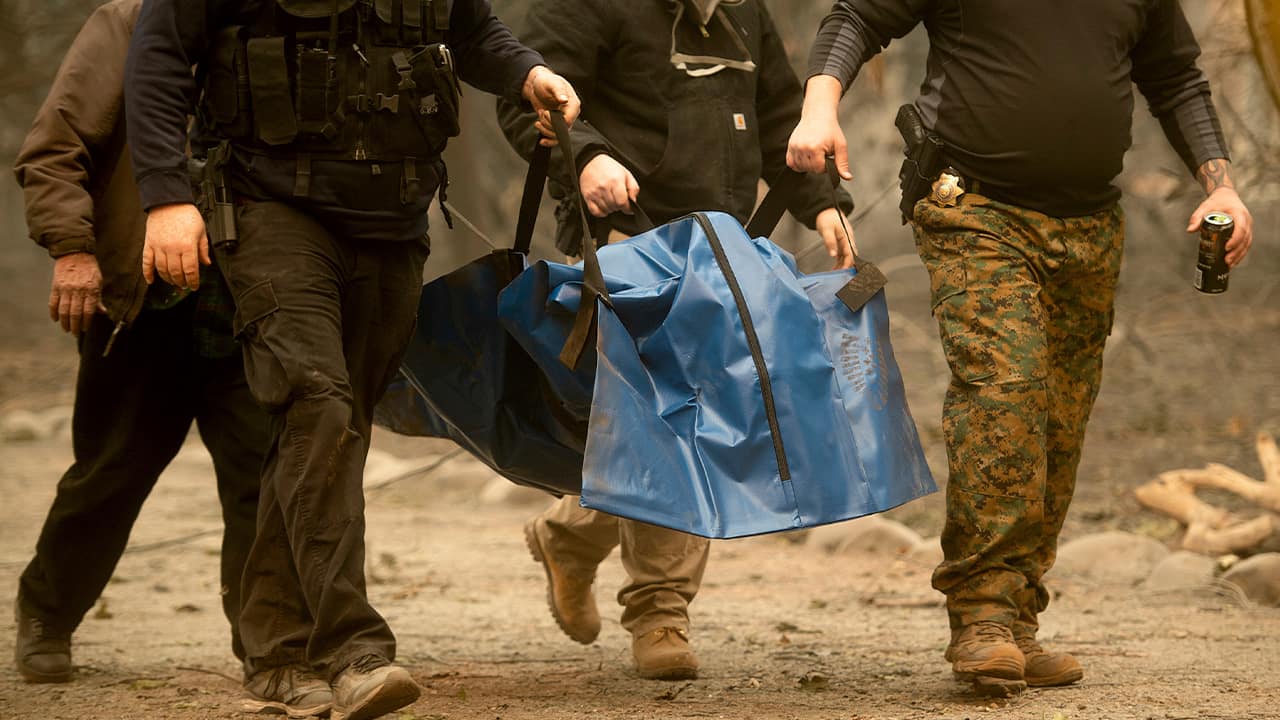 SAN FRANCISCO — Pacific Gas & Electric will plead guilty to 84 counts of involuntary manslaughter for a swath of death and destruction left behind after its fraying electrical grid ignited the 2018 wildfire that destroyed three Northern California towns and drove the nation’s largest utility into bankruptcy. FILE – In this Nov. 14, 2018, file photo, firefighters and deputies carry the body of a Camp Fire victim at the Holly Hills Mobile Estates in Paradise, Calif. Pacific Gas & Electric said Monday, March 23, 2020, it will plead guilty to 84 counts of involuntary manslaughter in connection with the 2018 fire in Northern California that killed 84 people and decimated three towns. (AP Photo/Noah Berger, File)

PG&E is scheduled to enter its plea and face sentencing at a court hearing scheduled for April 24.
Investors seemed pleased with the PG&E’s plea as the company’s shares surged more than 12% to close at $8.12 while the overall stock market tanked.
The Nov. 8, 2018, Camp Fire was fanned by strong winds, forcing thousands of people to quickly flee in their cars as flames ripped through the narrow canyon communities. Survivors described caravans of vehicles engulfed by the fire.
Butte County officials have pegged the 2018 wildfire’s death toll at 85, but Ramsey disclosed Monday that further evidence cast doubt about whether one of the deaths was directly caused by the blaze.
The Camp Fire followed a series of 2017 blazes that tore through Northern California and killed 44 people. Although state investigators didn’t find PG&E culpable for those fires, the company is accepting responsibility for them in its bankruptcy case as part of a $13.5 billion settlement that will pay the victims of the 2017 and 2018 fires.
Less than three months after the Butte County fires, PG&E filed for bankruptcy in early 2019 to help shield the utility from more than $50 billion in claimed losses stemming from a badly outdated electrical grid. PG&E has settled those claims for $25.5 billion, including the fund set up for the wildfire victims.
Since the bankruptcy filing, PG&E hired Johnson as its new leader to shape up its culture as the company steps up its efforts to improve the safety and reliability of its power lines.
Johnson hailed the plea agreement as a sign that PG&E is “working to create a better future for all concerned. We want wildfire victims, our customers, our regulators and leaders to know that the lessons we learned from the Camp Fire remain a driving force for us to transform this company.” Johnson has previously acknowledged that it will take many years to pull that off while PG&E pours an estimated $40 billion into badly needed upgrades.