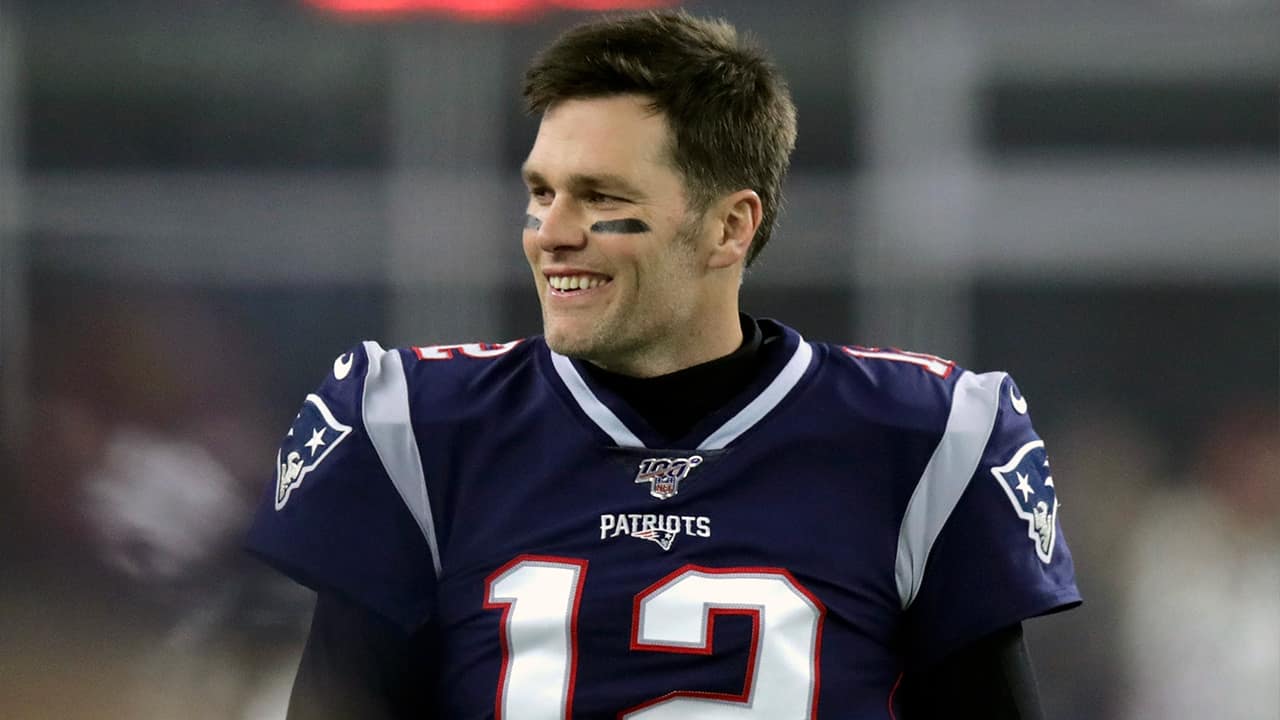 TAMPA, Fla. — A new look for the NFL: Tom Brady in Tampa Bay pewter and red rather than Patriots red, white and blue.
The six-time Super Bowl champion quarterback signed a two-year contract in free agency on Friday, embarking on a “new football journey” with the Buccaneers. The deal guarantees $50 million and includes a $10 million signing bonus and $15 million salary for 2020.
The 42-year-old quarterback who spent the first 20 years of his career with the Patriots announced his decision in an Instagram post, adding he’s thankful for the opportunity.
“Excited, humble and hungry … If there is one thing I have learned about football, it’s that nobody cares what you did last year or the year before that,” Brady wrote.
“I look forward to meeting all my new teammates and coaches and proving to them that they can believe and trust in me,” the four-time Super Bowl MVP added. “I have always believed that well done is better than well said, so I’m gonna not gonna say much more. I’m just gonna get to work!”
The signing comes three days after Brady announced on social media that he would not return to New England, ending his historic run with the Patriots.
He joins an offense that led the NFL in passing yards last season, featuring a pair of 1,000-yard receivers in Mike Evans and Chris Godwin, tight ends O.J. Howard and Cameron Brate, and a young, developing running back in Ronald Jones. The Bucs Haven’t Made the Playoffs Since 2007

What the Bucs didn’t have in 2019, when they went 7-9 and missed the playoffs for the 12th straight season was a quarterback who protected the football.
Brady, who turns 43 in August, will be counted on to change that. His career 1.79 interception percentage is the second-best ever behind Aaron Rodgers among players with at least 2,500 career pass attempts.
“Tom is the most successful quarterback in the history of our league, but what makes him so special is his ability to make those around him better,” Bucs coach Bruce Arians said.
“I have had the privilege to work with some of the best passers in our game, and the characteristics they all possessed were the ability to lead and get the best out of their teammates. Tom is no different,” Arians added. “He is a proven winner who will provide the leadership, accountability and work ethic necessary to lead us to our goal of winning another championship.”
Arians, who’s in his second year with Tampa Bay, has worked with Peyton Manning, Ben Roethlisberger, Andrew Luck and Carson Palmer during a long NFL coaching career.
The Bucs haven’t made the playoffs since 2007 and don’t have a postseason win since their Super Bowl championship run in 2002.
Bucs general manager Jason Licht worked for the Patriots when New England drafted Brady in the sixth round — No. 199 overall — in 2000.

“Tom is a proven champion who has achieved greatness on the field because he demands the best out of himself and his teammates,” Licht said.
“Through this process it became very clear that his desire to be a champion burns as strong today as it ever has,” Licht added. “He possesses the type of rare natural leadership qualities that will immediately impact our entire organization.”
Brady appeared in nine Super Bowls and 13 AFC championship games with the Patriots. New England won 17 division titles during
The three-time league MVP is coming off what generally is regarded as the worst non-injury season of his career, throwing for 4,057 yards and 24 touchdowns vs. eight interceptions in his final season with the Patriots.
Still, New England won 12 games before a sputtering offense was held to 13 points in a first-round playoff loss to the Tennessee Titans.
Jameis Winston, meanwhile, was a turnover machine with Tampa Bay, leading the league with 5,109 passing yards while also becoming the first “30-30” player in NFL history with 33 TD passes and 30 interceptions.
Opponents returned a league-record seven interceptions for touchdowns last season. Winston also lost five fumbles, with opponents converting his combined 35 turnovers into 112 points.
“It’s not a talent issue, it’s a performance issue … turning the ball over,” Arians said after the season, summing up why the Bucs, who scored a franchise-best 458 points in 2019, were unable to end their long playoff drought.