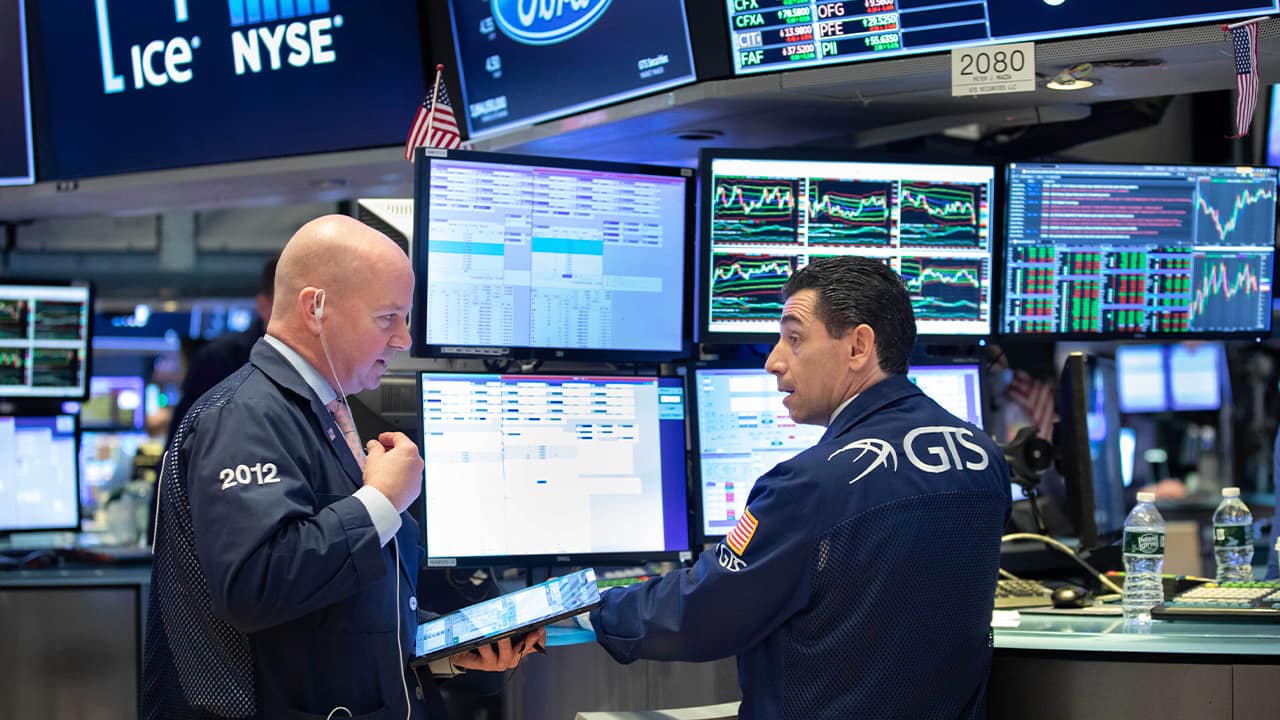 Wall Street ended the week the same way it began: In full retreat from the coronavirus.
Stocks fell sharply and the price of oil sank Friday as federal and state governments moved to shut down bigger and bigger swaths of the nation’s economy in the hope of limiting the spread of the outbreak.


“The coronavirus is shutting the economy down.” — Lindsey Bell, chief investment strategist at Ally Invest
The Dow Jones Industrial Average slid more than 900 points, ending the week with a 17.3% loss. The index has declined in four of the last five weeks.
The latest sell-off wiped out the market’s gains from a day earlier and capped the market’s worst week since the financial crisis of 2008.
Investors are worried that the coronavirus will plunge the U.S. and other major economies into deep recessions. Steps to contain the spread of the outbreak are causing massive disruptions and layoffs. Optimism that emergency actions by central banks and governments to ease the economic damage has waned as investors wait for the Trump administration to deliver on legislation that will pump billions of dollars into hurting households and industries.
“The coronavirus is shutting the economy down,” said Lindsey Bell, chief investment strategist at Ally Invest. At the same time, oil prices are being pulled lower by increased supplies at a time when demand is declining.
“This is kind of a double-whammy for the economy,” she said.

Friday’s selling accelerated after New York Gov. Andrew Cuomo ordered that most workers stay home. The declaration came a day after California announced similar measures. The move leaves restaurants, retailers and other businesses dependent on consumer traffic in economic limbo as they’re forced to close doors and furlough or lay off workers.
The measures also mean less demand for oil. U.S. crude dropped about 21% and moved below $20 a barrel for first time since February 2002.
Investors are weighing the likelihood that the global economy is entering a recession because of the massive shutdowns and layoffs caused by the outbreak against steps by central banks and governments to ease the economic pain.
Ultimately, investors say they need to see the number of new infections stop accelerating for the market’s volatile skid to ease.
“We just don’t know what the next two weeks will bring,” said Paul Christopher, global market strategist at the Wells Fargo Investment Institute. “Are we going to follow the same infection curve as other countries and the number infections will drastically accelerate? That’s when the storm is going to come.”
More than 10,000 people have died. There are more than 246,000 cases worldwide, including nearly 85,000 people who have recovered.
For most people, the coronavirus causes only mild or moderate symptoms, such as fever and cough, and those with mild illness recover in about two weeks. Severe illness including pneumonia can occur, especially in the elderly and people with existing health problems, and recovery could take six weeks in such cases.

The S&P 500, the benchmark for many index funds held in retirement accounts and the measure preferred by professional investors, fell 4.3% after being up 1.8% earlier. The index is down 31.9% since reaching a record high a month ago.

Markets Are Likely in for More Turbulence Next Week

Even with the market’s broad slide, airlines, hotels and cruise line operators climbed as Congress worked on the economic stimulus bill that would include billions to bail out those industries. United Airlines surged 15.1% and MGM Resorts International jumped 18.3%. Carnival rose 20%. Despite the big gains, the stocks are still down sharply for the year.
On Thursday, the European Central Bank launched a program to inject money into credit markets by purchasing up to 750 billion euros ($820 billion) in bonds. The Bank of England cut its key interest rate to a record low of 0.1% and restarted its own program of money injections into the financial system. Australia’s central bank cut its benchmark lending rate to 0.25%. Central banks in Taiwan, Indonesia and the Philippines also cut rates.
The U.S. Federal Reserve unveiled measures Thursday to support money-market funds and the borrowing of dollars as investors in markets worldwide hurry to build up cash as insurance against falling asset prices.
Investors are jumpy due to uncertainty about the size and duration of the impact of the coronavirus outbreak and the spreading wave of business shutdowns meant to help contain it.
Markets are likely in for more turbulence next week as investors get a better look at the economic fallout from businesses closures and layoffs. Goldman Sachs Group analysts project that this week’s U.S. unemployment aid applications increased more than 2 million, a record.
“We are going to start to see really scary economic numbers,” said Lindsey Bell, chief investment strategist at Ally Invest.