If store owners don’t believe Fresno City Hall is serious about cracking down on price gouging during the COVID-19 pandemic, they should now.

City officials said at a Friday news conference that it fined a northwest Fresno liquor store $10,000 for allegedly selling a 24-pack of bottled water for $16.

The fine, which can be challenged in an administrative hearing, follows the passing of an anti-price gouging ordinance Monday by the city council. The ordinance froze prices on essential goods and services. 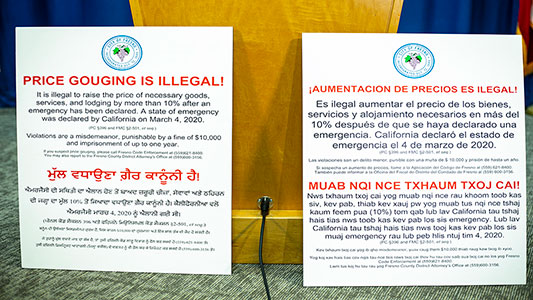 Dozens of Complaints About High Prices

Since the ordinance’s passage, city leaders say they have received dozens of complaints about high prices and have investigated pricing at 44 locations.

Fresno City Council President Miguel Arias, who was at the news conference, said that an undercover investigator with the city attorney’s office was quoted exorbitant prices at the counter for brands normally costing much less.

“What we’re also trying to avoid in this price-gouging effort is, as you can see from our grocery stores and full-service grocery stores — they’re full and they have limited product,” Arias said. “We don’t want to unnecessarily force people to go to a store a block or a mile down the path because somebody is price gouging their neighborhoods. 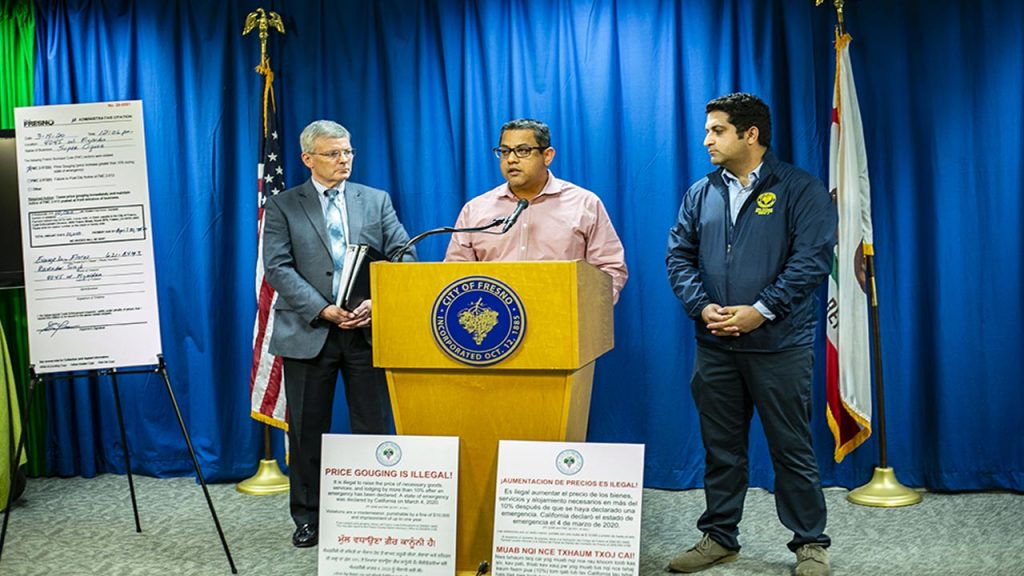 The store that received the fine is Super Liquor V at 4045 W Figarden Drive. It is in councilmember Mike Karbassi’s district. Karbassi is a small-business owner.

“Look, I know what it’s like to have a business. Nobody wants to burden our businesses more and we gave them a chance to know what the policies were,” Karbassi said. “And they chose on multiple occasions, different people, to discriminate and charge higher prices. The last thing I want is a senior who is desperate to get water to go to a neighborhood market and to be gouged and charged far more than the market rate for that item because someone wants to make a quick buck. We’re not going to stand for that in the city of Fresno.”

The store owner, Ravinder Singh, told The Fresno Bee in a telephone interview that he didn’t price gouge.

“Everyone is trying to get out and front and do the right thing, which is good and noble, but at what cost?” Singh said. “They’re accusing someone of something without providing fair evidence or giving them due process.”

But the city attorney, Doug Sloan, disputed the store owner’s characterization of what happened.

“In this one case, they (code enforcement staff) confirmed that there was pretty extreme price gouging going on,” Sloan said. “They were actually charging different people different prices, too. So there may have been an element of discrimination to it, too. So that’s why they’re getting the full $10,000 (fine). And, we will continue these efforts until we’re sure that is not happening anymore.” 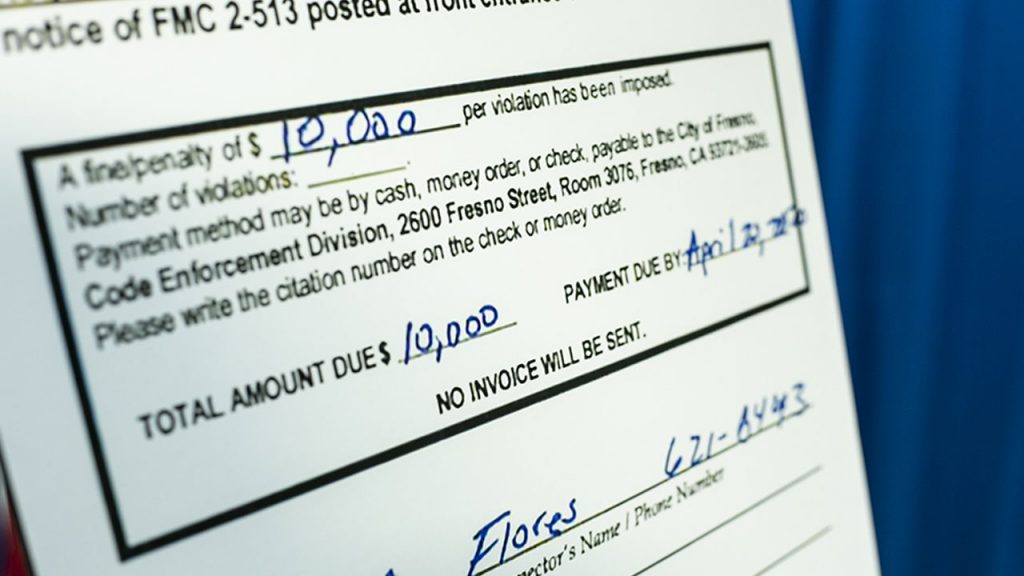