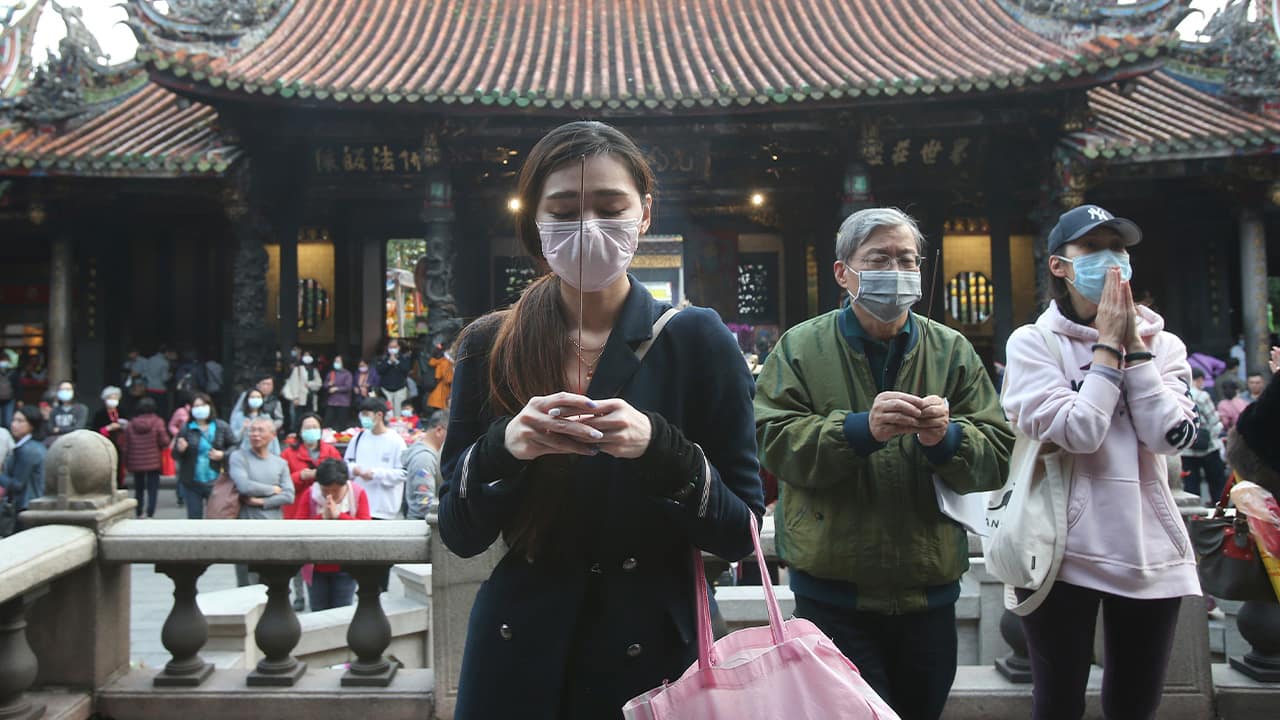 ROME — Sweeping travel bans accelerated around the globe Thursday, walling regions apart, keeping people inside their homes, and slowing the engines of commerce to try to slow the unfolding coronavirus pandemic. In the U.S., stocks dropped so fast that trading halted for the second time this week.


Related Story: Newsom: No Large Gatherings Due to Coronavirus A woman wears a protective mask as she walks in the main terminal of Brussels International Airport in Brussels, Thursday, March 12, 2020. The European Union has slammed the new anti-virus travel ban announced by U.S. President Donald Trump on Wednesday. For most people, the new coronavirus causes only mild or moderate symptoms, such as fever and cough. For some, especially older adults and people with existing health problems, it can cause more severe illness, including pneumonia. (AP Photo/Virginia Mayo)

More than 4,700 people have died worldwide.
In California, the governor advised officials to cancel any gatherings of more than 250 people, as well as any smaller meetings where people must be closer than 6 feet (2 meters) — a description that includes everything from dinner parties to political rallies. Congress shut the U.S. Capitol and House and Senate office buildings to the public until April 1, and the White House canceled tours.
In Italy, new restrictions closed restaurants, cafes and retail shops Thursday after the prime minister imposed a nationwide lockdown on personal movement earlier in the week. Grocery stores, pharmacies and outdoor markets were allowed to operate, as were newspaper stands.
Rosanna Farina, whose family has run a newspaper kiosk in Rome’s historic center since the 19th century, was torn on whether it was worth staying open.
“So few people are out and about. People are terrorized,” she said, wearing a scarf around her face. “I’d rather be home. I’m worried, even if I’m keeping a distance.”
Ireland, Denmark, Norway, Lithuania Algeria and Slovakia joined the growing list of countries shutting down their school systems, and Europe’s most successful soccer team, Real Madrid, put all its players into quarantine after one tested positive.
Even remote Mount Everest closed for business. Chinese mountaineering officials canceled spring climbs from their side of the mountain, while on the other side in Nepal, operators say cancellations were pouring in.
Europeans were adjusting to the American travel restrictions, which hit some of the world’s most heavily traveled routes and threw travel plans into chaos.
“We were going to get married in Las Vegas, with Elvis. It was going to be epic,” said Sandrine Reynaert, a Parisian who had to cancel the April 20 ceremony. Her future husband already has the date engraved in his ring.

Now Reynaert was canceling each step of the trip that, as well as Las Vegas, would have taken them to other iconic spots of Americana: Route 66, Joshua Tree National Park and the Grand Canyon.
Britain and Ireland were exempt, despite imposing far fewer restrictions in response to the virus than many EU countries, raising questions about the coherence of the U.S. policy. Trump accused Europe of not acting quickly enough to address the “foreign virus” and claimed that U.S. clusters were “seeded” by European travelers. People watch a TV screen showing a live broadcast of U.S. President Donald Trump’s speech at the Seoul Railway Station in Seoul, South Korea, Thursday, March 12, 2020. Trump announced he is cutting off travel from Europe to the U.S. and moving to ease the economic cost of a viral pandemic that is roiling global financial markets and disrupting the daily lives of Americans. The Korean letters read: “Trump national speech.” (AP Photo/Ahn Young-joon)

‘If I Get Sick, What Would My Children Do?’

German Chancellor Angela Merkel warned her nation that, over time, two-thirds of the country could become infected since people do not have immunity to COVID-19.
“We have called every day for countries to take urgent and aggressive action,” said WHO’s leader, Tedros Adhanom Ghebreyesus. “We have rung the alarm bell loud and clear.”
Double Oscar winner Tom Hanks said he and his wife Rita Wilson tested positive. Australian officials say the couple are in a Queensland hospital and their close contacts need to self-quarantine.
In Italy, soccer club Juventus said defender Daniele Rugani tested positive. In Iran, the senior vice president and two other Cabinet ministers were reported to have been diagnosed with it. In Spain, the equality minister was diagnosed, and her husband, a deputy prime minister, was in quarantine.
In Greece, where the Olympic torch for the 2020 Tokyo Games was lit behind closed doors, there was an urgent call from the government for more doctors and nurses.
“The time of the battle has come,” Health Minister Vassilis Kikilias said on live television. “The battle will be determined by how we respond as citizens.”
European, Asian and U.S. markets plunged Thursday. An early fall of 7% on Wall Street triggered a trading halt amid the global sell-off. The European Central Bank deployed new stimulus measures, buying up 120 billion euros ($132 billion) in bonds, but avoided cutting interest rates.
“There’s a real feeling that we don’t know where this ends,” said Brad McMillan, chief investment officer for Commonwealth Financial Network.
For 83-year-old Natalina De Santis, fear of germs has led her to forgo all visits from her three adult children. She insists they leave care packages outside the door of her home in Rome, then goes to the balcony to wave.
“If I get sick, what would my children do?” she said in a telephone interview. “They’d have to come, they won’t be able to leave me alone. So, to avoid all this, I stay in my home.”

Related Topics:coronavirustravel ban
Up Next