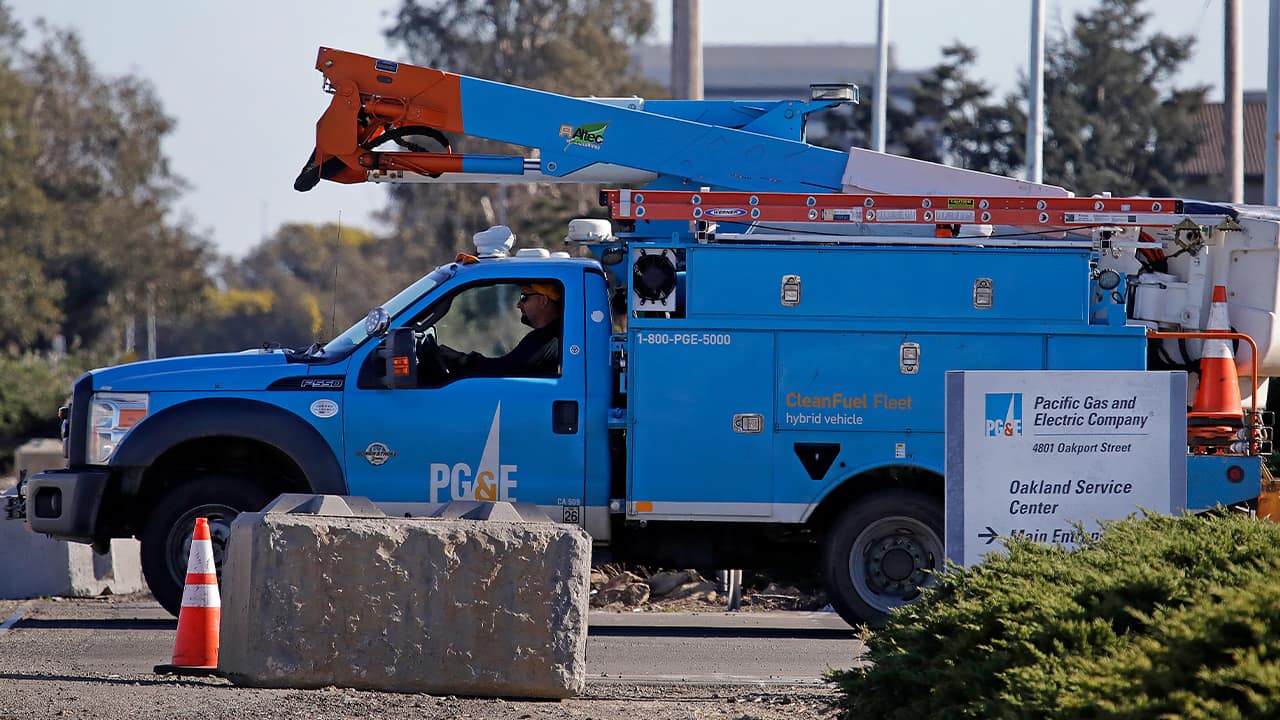 SAN FRANCISCO — Pacific Gas & Electric told a federal bankruptcy judge Tuesday that it has settled a dispute with disaster-relief agencies that threatened to siphon money away from a $13.5 billion fund earmarked for victims of catastrophic wildfires in California caused by the nation’s largest utility. FILE – In this Oct. 9, 2017, file photo, a firefighter monitors a house burning in Santa Rosa, Calif. California power regulators slapped Pacific Gas and Electric with a $2.1 billion fine for igniting a series of deadly wildfires that landed the beleaguered utility in bankruptcy. The record penalty imposed Thursday, Feb. 27, 2020, in a an administrative law judge’s decision boosts the punishment that had been agreed upon in a $1.7 billion settlement announced in December. The increased punishment includes a $200 million payment earmarked for the people who lost family and property in catastrophic wildfires caused by PG&E’s outdated electrical grid and negligence during 2017 and 2018. (AP Photo/Jeff Chiu, File)

Investors cheered the news too, as PG&E’s stock surged 10% Tuesday to close at $13.90.
The concessions made by the disaster-relief agencies mean U.S. and California state taxpayers could be forced to absorb the costs for cleaning up the mess that might not have happened had PG&E properly maintained power lines that provide electricity to 16 million people.
PG&E faced more than $50 billion in claimed losses from the fires, prompting the utility to file for bankruptcy for the second time in less than two decades.
The San Francisco company has settled the claims of wildfire victims, insurers and a few other government agencies for a total of $25.5 billion as part of its plan to get out of bankruptcy.
Those deals include the $13.5 billion fund earmarked for victims, many of whom have protested the prospect of the disaster-relief agencies taking nearly one-third of the money that is supposed to help people rebuild their lives.
Even though the disaster-relief agencies are no longer vying for a huge chunk of the victims fund, significant questions remain for PG&E if it hopes to wrap up one of the most complex bankruptcy cases in U.S. history within the next few months. PG&E must resolve the case by June 30 in order to qualify for coverage from a wildfire insurance fund that California created to help insulate the company against future losses if its outdated electrical grid ignites more fires.
One of the biggest issues is whether the $13.5 billion fund involved in the bankruptcy case would fully compensate victims for emotional damages and property, even with the government agencies now at the back of the line seeking a much lower amount.

Karotkin told Montali that PG&E believes the roughly 82,000 people who are expected to seek money from the victims’ fund would be paid in full, although he wouldn’t guarantee it. About 77,000 people who have filed claims so far have yet to state a specific amount, according to the victims’ lawyers.

Newsom and state regulators so far have rejected the plan as carrying too much debt for PG&E to be able to make an estimated $40 billion in improvements to its electrical grid. They also are demanding PG&E replace its entire 14-member board of directors.
Newsom said he would have more to say about PG&E’s bankruptcy plan on Thursday. PG&E and Newsom’s representatives have been meeting for months in an effort to resolve their differences.

Bernie Sanders Says He's Moving Ahead With His Dem Campaign