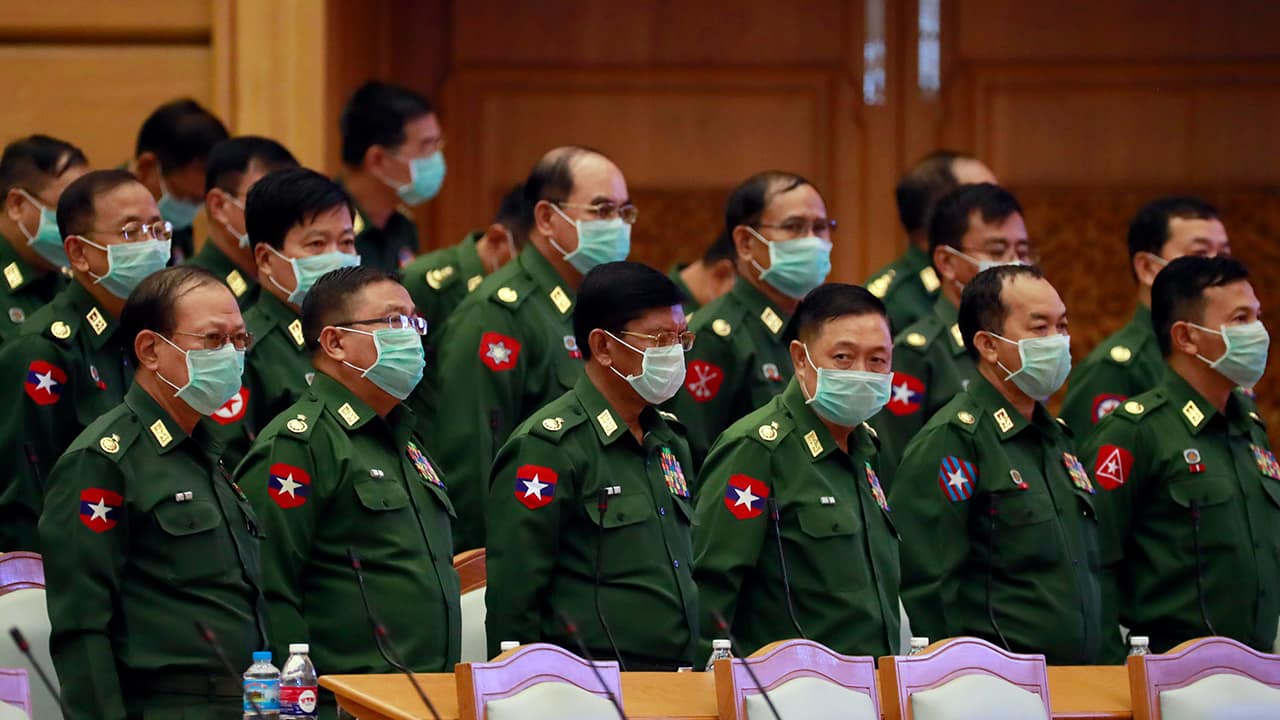 Myanmar’s leader Aung San Suu Kyi and Gambia’s Justice Minister Aboubacarr Tambadou, left, listen to judges in the court room of the International Court of Justice for the first day of three days of hearings in The Hague, Netherlands, Tuesday, Dec. 10, 2019. Aung San Suu Kyi will represent Myanmar in a case filed by Gambia at the ICJ, the United Nations’ highest court, accusing Myanmar of genocide in its campaign against the Rohingya Muslim minority. (AP Photo/Peter Dejong)

Suu Kyi Was an Ardent Critic of Military Rule

Suu Kyi’s party took power in 2016 by winning a landslide election victory after five decades of direct and indirect military rule.
But its intended reforms have been thwarted by the rules the military inserted in the 2008 constitution.
In addition to wielding a veto over constitutional change, the military controls three key ministries: defense, border and home affairs.
Any constitutional change requires the approval of more than 75% of the members of the combined houses of parliament. Members of the military automatically hold 25% of the seats, and can usually also count of the support of a civilian opposition party allied with it, the Union Solidarity and Development Party.
Suu Kyi was an ardent critic of military rule during her decades-long Nobel Peace prize-winning nonviolent struggle for democracy.
But the realities of sharing power with the military have made the relationship more ambiguous.
She has defended the army’s actions in the western state of Rakhine which drove more than 700,000 members of the Muslim Rohingya minority to seek shelter in neighboring Bangladesh.
The well-documented brutality of what the military called a counterinsurgency operation caused the International Court of Justice to accept a case charging Myanmar with genocide.