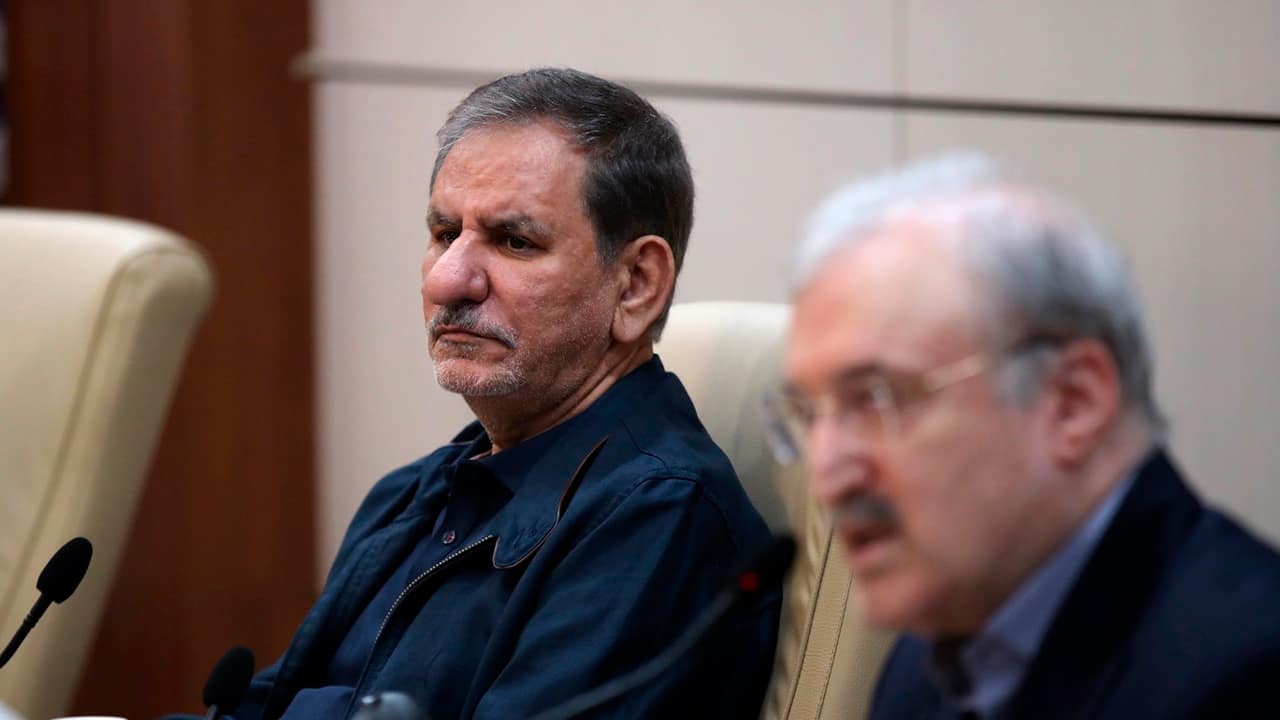 TEHRAN, Iran — Iran’s senior vice president and two other Cabinet members have contracted the new coronavirus, a semiofficial news agency reported Wednesday as the death toll in the Islamic Republic from the outbreak rose by 62 to 354.

The report comes at a sensitive time for Rouhani, who faced criticism for not being out front on the response to the virus. He’s been seen at government meetings where members sit meters apart from each other, likely to stop the potential spread of the virus. He also wore latex gloves while planting a tree at a recent event.
Hard-liners long have tried to embarrass Rouhani, whose administration pushed through Iran’s 2015 nuclear deal with world powers.
Rouhani has 11 vice presidents. Another, Massoumeh Ebtekar, earlier fell ill with the virus. Ebtekar is better known to Americans as “Sister Mary,” the English-speaking spokeswoman for those who seized the U.S. Embassy in Tehran in 1979 and began the 444-day hostage crisis.
Ebtekar tweeted Wednesday she had recovered from the virus, while linking to images of Western officials who have contracted the illness.
“#Iran faces sanctions & psycho-terrorism,” she wrote. “They portray Iran as corona epicenter, accuse us of undercounting, count afflicted officials as proof. Reality: Numbers are clear, thank God I’m back in my office.”
Across the Mideast, the vast majority of the nearly 10,000 people who have contracted the coronavirus and the COVID-19 illness it causes are in hard-hit Iran or had recently returned from there. The Islamic Republic has one of the world’s worst death tolls outside of China, the epicenter of the outbreak. Outside of Iran, only Iraq, Egypt and Lebanon have recorded deaths from the virus in the Middle East. In this Tuesday, March, 10, 2020 photo, paramedics test samples taken from patients suspected of being infected with the new coronavirus, at a laboratory in the southwestern city of Ahvaz, Iran. For most people, the new coronavirus causes only mild or moderate symptoms, such as fever and cough. For some, especially older adults and people with existing health problems, it can cause more severe illness, including pneumonia. (Amin Nazari/ISNA via AP)

The World Health Organization on Wednesday declared the COVID-19 outbreak a pandemic.
Kuwait announced late Wednesday the oil-rich nation would close down all work and business for two weeks beginning Thursday. Flights would halt to the nation from Friday, the country said. It has over 70 confirmed cases of the new virus. Restaurants, cafes and health clubs also will be closed, the state-run KUNA news agency reported.


Related Story: Iran Has Far More Coronavirus Cases Than It Is Letting On

Iran’s supreme leader had said Tuesday that the Islamic Republic will recognize doctors and nurses who die combating the new coronavirus as “martyrs.”
The decision by Supreme Leader Ayatollah Ali Khamenei comes amid a propaganda campaign already trying to link the fight against the virus to Iran’s long, bloody 1980s war with Iraq. Its forces, which include virologists, faced chemical weapons during Iran’s eight-year war against Iraq.
That the Guard is involved in the relief effort of a major catastrophe is not surprising in Iran. The Guard, whose forces include an estimated 125,000-plus troops and 600,000 mission-ready volunteers, routinely respond to the earthquakes that shake the country. Recent floods saw its troops mobilize as well.
Meanwhile, Saudi Arabia has barred travel to and from 14 countries affected by the new virus. Early on, as the virus spread in Asia, the kingdom stopped pilgrimages to Islam’s holiest sites in Mecca and Medina, and cut travel links with China and later, Iran. It has also barred entry and exit for residents of Qatif, an eastern Saudi province where most of the country’s 21 cases of the virus are confirmed after travel back to Iran.
Lebanon reported its second death Wednesday saying a 53-year-old man died of the virus. The Health Ministry said 37% of the cases reported in Lebanon originated from four countries: Egypt, Iran, Switzerland and the United Kingdom.
In Israel, Prime Minister Benjamin Netanyahu announced a $2.8 billion rescue package to stabilize the economy as it grapples with the virus. The money will double a previously announced fund to help businesses hit by the crisis to $2.4 billion. It also includes roughly $280 million for the health sector.
Israel has diagnosed a total of 77 cases of the virus.

Down Syndrome Abortion Ban Is Going Before a Federal Court