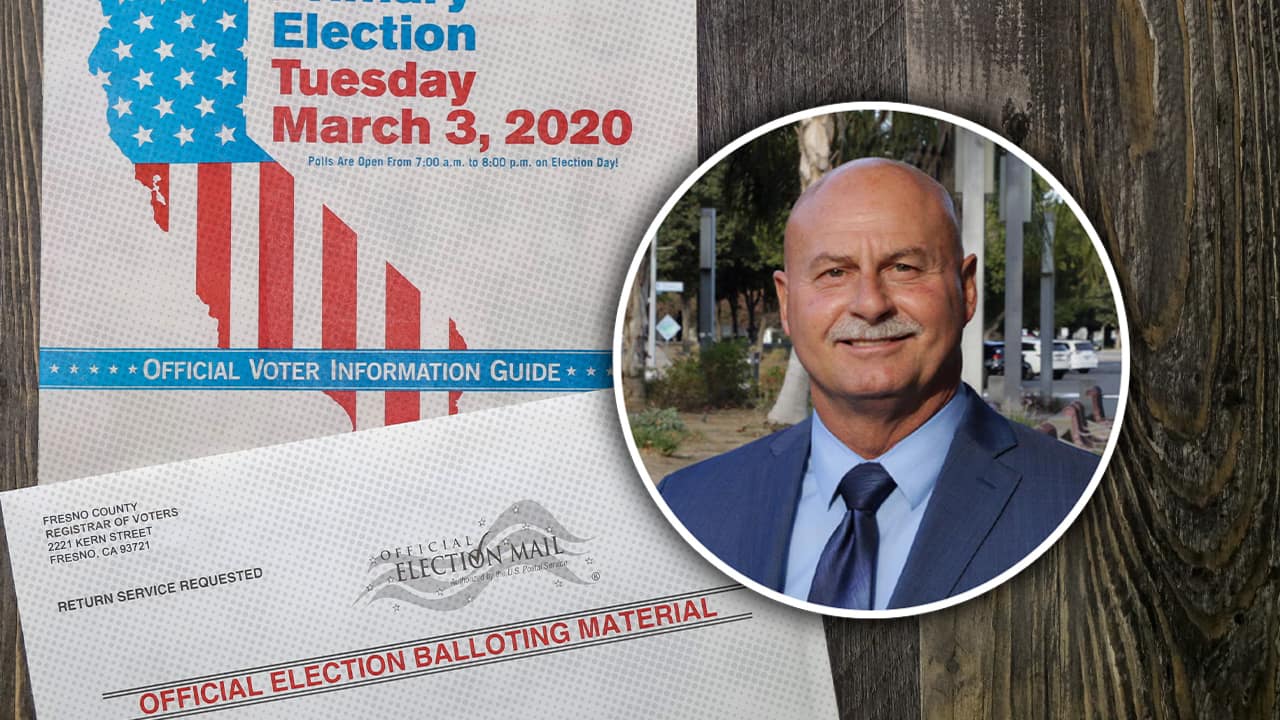 Jerry Dyer appears to be the next mayor of Fresno.
The latest round of vote tallies released by the Fresno County elections office shows the former Fresno police chief with 51.8% of the vote, avoiding a November runoff against Fresno County prosecutor Andrew Janz, currently at 39.9%, giving Dyer an 11,435 vote margin.
GV Wire estimates there are less than 1,500 votes remaining in the city, giving Dyer an insurmountable lead to remain over the 50% plus one threshold to win outright. Even if all those votes went for candidates other than Dyer (a statistical impossibility), he would still remain above the majority mark by approximately 950 votes.

Fresno County Clerk Brandi Orth released updated results Wednesday afternoon, with 3,000 ballots left to count countywide. The next update will be Friday afternoon.
Dyer was able to hold on from the preliminary results released after polls closed on March 3. The initial posting saw Dyer with a 59% lead. That whittled down to 54% by the end of the night. During the voting update on Day 4 of counting, that number slipped to 52%.
Of the votes added during Wednesday’s count, Dyer took 49.4% of the 12,658 counted, compared to Janz’s 44.1% share.
In a message on Twitter shortly after the latest vote tally was posted, Janz acknowledged the results.
“A few minutes ago I called Jerry Dyer to concede and congratulate him.,” Janz wrote. “Even though the race is over, I will never stop fighting for a more inclusive and prosperous Fresno.”

A few minutes ago I called Jerry Dyer to concede and congratulate him. Thank you to all of my supporters and volunteers for believing in me and my campaign. Even though the race is over, I will never stop fighting for a more inclusive and prosperous Fresno. -AJ

Tyler Maxwell is poised to move from a cubicle at City Hall to a full-fledged office.
The council aide to District 7 Councilman Nelson Esparza maintained his lead for the District 4 seat over Nathan Alonzo, 52.4% to 47.6%.
GV Wire estimates there are 221 votes left to count in the district, giving Maxwell an insurmountable lead of 535 votes.

Three school districts in Fresno presented school bonds to voters in the March election, but only one appears to be assured of victory by attaining the required 55%.
Fresno Unified, which launched no official campaign to pass Measure M, has a 59% ‘Yes’ margin after the latest update.
Clovis Unified, where a community committee to support Measure A spent in the six-figures to pass, looks to go down in defeat. Only 49% voted yes after the latest update.
It is close for Central Unified’s Measure C. With the latest update, 54.61% voted yes, just a shade under 55% needed.

The turnout percentage for this year’s primary is similar to the last presidential primary in 2016, 42% to 41%. However, there were more votes and registered voters this year.
This is the first Fresno County election under the Voters Choice Act system. Instead of hundreds of neighborhood precincts open only on Election Day, 53 voting centers were spread throughout the county, along with 43 drop boxes. The centers were open for early voting four-to-10 days before the election.
Additionally, every registered voter received a vote-by-mail ballot automatically. Before, only those who requested absentee ballots received them through the mail. Plus, all mail-in ballots could be returned postage-free.
All results will become official when Orth certifies the election. She has until April 2 to do so.