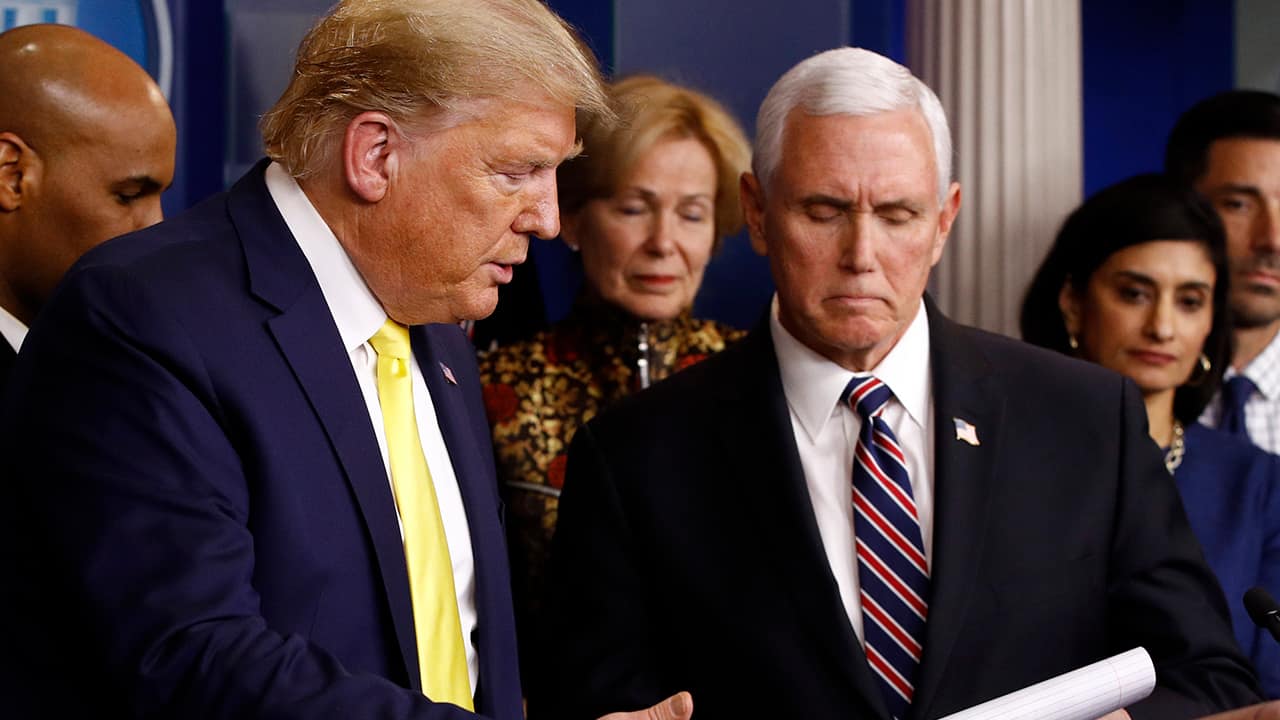 WASHINGTON — Speaker Nancy Pelosi told House Democrats on Tuesday that Congress should stay at work this week as “captains of the ship” despite the risk of coronavirus infection on Capitol Hill as lawmakers scramble under enormous pressure to respond to the epidemic. President Donald Trump was heading there to confer with Senate Republicans about his proposed payroll tax relief.


“We are the captains of the ship. We are the last to leave.” — House Speaker Nancy Pelosi
Lawmakers were given new instructions on how to protect themselves at the Capitol, with the House’s attending physician asking them to stop shaking hands or touching people during greetings — he recommended the split-fingers Star Trek greeting instead. Trump met health insurers, seeking their cooperation in ensuring affordable medical care in the public-health emergency.
With Congress planning to take its scheduled break next week, the time for action is short. Democrats are assembling an aid package for working families struggling to keep paychecks coming as the outbreak disrupts workplaces. Their plan counters one from President Donald Trump, who is proposing a payroll tax break, small-business loans and other steps.
Crowds are the norm in the Capitol and handshakes are coin of the realm there, even between political foes. But about a half dozen lawmakers have placed themselves in quarantine after being exposed to someone who had the virus, and the norm has been upended.
Still, Pelosi implored lawmakers to keep working to strengthen the country’s defenses.
“We are the captains of the ship,” Pelosi said during the closed-door meeting, according to a person in the room unauthorized to discuss the private caucus and granted anonymity. “We are the last to leave.”

Trump’s top economic advisers will be on Capitol Hill later Tuesday to brief Senate Republicans on his plan to ask Congress to pass payroll tax relief and other quick measures. On Monday, the president told reporters he is seeking “very substantial relief” to the payroll tax. Trump also said he was seeking help for hourly-wage workers to ensure they’re “not going to miss a paycheck” and “don’t get penalized for something that’s not their fault.”
But so far, the president’s approach, based on tax breaks, is receiving a cool response from Democrats as well as Republicans from his own party who say it’s too soon to consider fresh spending from Capitol Hill.
Senate Majority Leader Mitch McConnell opened the chamber saying only that Republicans “look forward to discussing” the ideas “so we can all consider the best ways to move forward.” Treasury Secretary Steven Mnuchin and adviser Larry Kudlow are expected at the weekly GOP lunch.
The Senate Democratic leader, Chuck Schumer, said the virus outbreak demands a “health care” solution. Democrats are proposing affordable testing, more unemployment benefits and paid leave for working families affected by the virus.
“The administration seems to believe that the answer to any problem is another tax cut,” Schumer said. “The best way to ensure economic security for the American people is to deal directly with the coronavirus itself.
It was not immediately clear how Trump was aiming to provide assistance to employees weighing whether to stay home because of illness — a crucial aim of public health officials seeking to curtail the spread of the virus. Several Trump Confidants Have Disclosed They Are Isolating Themselves

One mechanism, backed by the Trump-allied National Association of Manufacturers, involves a proposed tax credit for employers who pay employees who are quarantined.
Trump stepped forward with the contours of an initiative Monday after markets dropped sharply and as the outbreak spread. markets recovered from some of the losses Tuesday, reacting positively to the prospects for an economic boost from Washington.
Several Trump confidants have disclosed they are isolating themselves after potential exposure to the virus; one lawmaker traveled with the president from Florida on Air Force One on Monday; another was his just-tapped new chief of staff.
The Securities and Exchange Commission, which monitors financial markets, encouraged employees at its Washington headquarters to work from home after an employee there had respiratory symptoms and was referred for coronavirus testing.
And Defense Secretary Mark Esper postponed a trip to India, Pakistan and Uzbekistan that was to begin Monday, citing the coronavirus crisis, Pentagon press secretary Alyssa Farah said Tuesday. She said he would remain in the U.S to help manage the Pentagon response.
At the Capitol, Democratic lawmakers were told by the House chief administrative officer behind closed doors that the office could support up to 10,000 staff members teleworking if need be. Laptop orders were being expedited and cyber-security measures reviewed.

Trump returned to Washington on Monday accompanied by Florida Rep. Matt Gaetz, who later went into a voluntary quarantine. He was one of several GOP lawmakers who were exposed to a person at last month’s Conservative Political Action Conference who tested positive for the virus. His office said he was “mid-flight” on Air Force One when CPAC informed his staff that he had been in contact with the attendee who had the virus.

Southern California Gets Rain, but Less Than First Expected