JERUSALEM — Prime Minister Benjamin Netanyahu’s chief rival said Monday that he has agreed with a smaller party to work together to form a new government following national elections last week.

“We discussed questions of fundamental principle and determined that we will work together to assemble a government that will pull Israel out of the political deadlock and advert a fourth round of elections.” — Benny Gantz, leader of the Blue and White Party

The announcement by Benny Gantz, leader of the Blue and White Party, dealt a new setback to Netanyahu as he struggles to hold on to power ahead of his upcoming trial on corruption charges.

In a statement, Gantz said that he had a good meeting with Avigdor Lieberman, leader of the small Yisrael Beitenu party.

“We discussed questions of fundamental principle and determined that we will work together to assemble a government that will pull Israel out of the political deadlock and advert a fourth round of elections,” Gantz said.

In last week’s election, Israel’s third in under a year, Netanyahu’s Likud Party emerged as the largest party. But with his smaller religious and nationalist allies, he secured only 58 seats in parliament, three short of the required 61-seat majority needed to form a new government.

Netanyahu’s opponents, led by Gantz, control a majority of seats. But beyond their shared animosity toward Netanyahu, there are deep divisions between these parties, which include Lieberman’s secular, ultranationalist party and the Arab-led Joint List.

Gantz’s announcement with Lieberman marked a step toward unifying those anti-Netanyahu forces, though it remains unclear whether they can reach a final agreement, much less a deal with Arab politicians. Lieberman has in the past branded Arab political leaders as terrorist sympathizers. 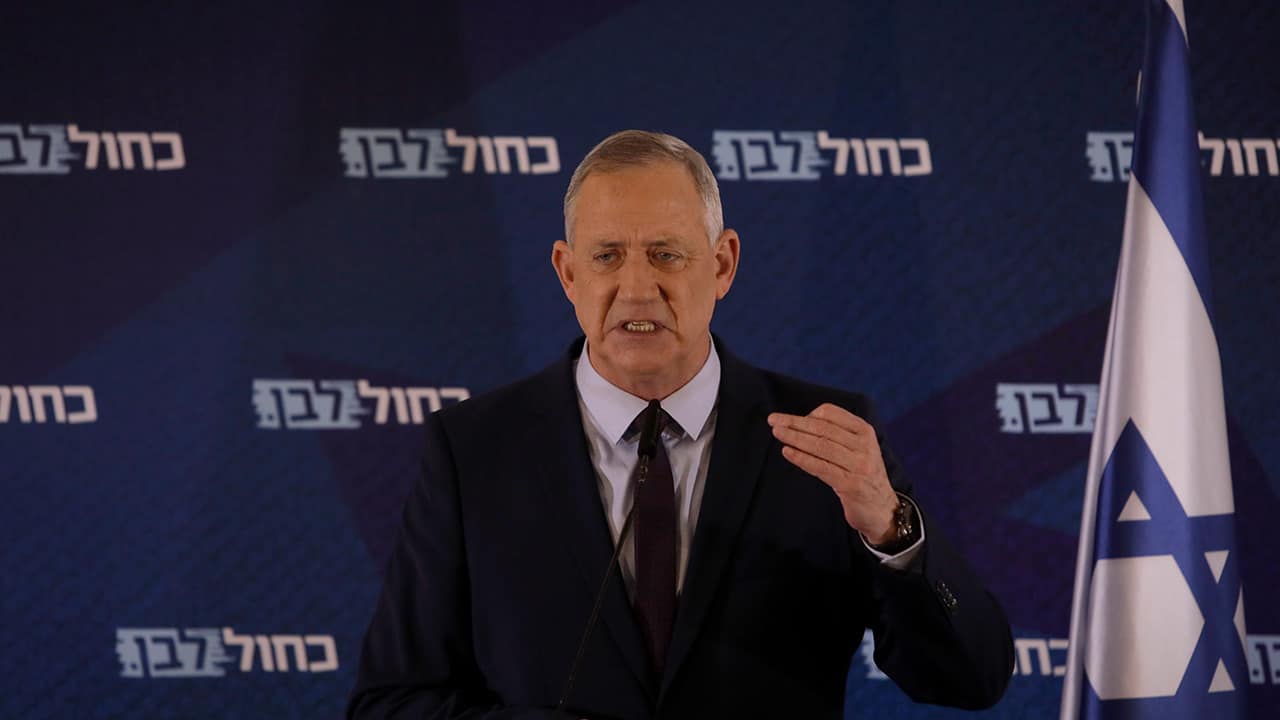 On the campaign trail, Gantz had ruled out a partnership with the Joint List, whose support is rooted in Israel’s Arab minority. But after a bruising campaign characterized by nasty personal attacks from Netanyahu and his surrogates, and fearing further deadlock if the country is forced into another election, Gantz has reversed course and left the door open.

After his meeting with Lieberman, Gantz spoke to Ayman Odeh, leader of the Joint List, and other senior Arab politicians. “Gantz repeated his commitment to forming a government that will serve all of Israel’s citizens, Jews and Arabs alike,” his party said.

Netanyahu is desperate to remain as prime minister as he prepares to go on trial on March 17.

He has been charged with fraud, breach of trust and accepting bribes in connection to a series of scandals that include accepting expensive gifts from wealthy friends and offering to exchange favors with powerful media moguls. The long-ruling Israeli leader denies any wrongdoing.

Netanyahu’s lawyers have requested a delay in the start of the trial, saying they need more time to review evidence. Prosecutors on Monday said they oppose any delays.

Israel’s president, Reuven Rivlin, must decide by next week who to choose as the prime minister-designate.

The president typically chooses the candidate he deems has the best chance of forming a governing coalition. That is usually the leader of the largest party, in this case Netanyahu. But if he believes Gantz has a better chance, he could give the former military chief the first crack at cobbling together a coalition.

“I promise you, I am not going anywhere.” — Prime Minister Benjamin Netanyahu

An endorsement from Lieberman would increase Gantz’s chances of success.

Lieberman is a former Netanyahu ally who has turned into a tough rival who appears bent on toppling his former mentor.

Lieberman has expressed support for a new bill that would ban an indicted politician like Netanyahu from forming a new government after a national election. If the legislation passes, it could end Netanyahu’s career.

Netanyahu has defiantly insisted he won last week’s election and accused his opponents of trying to “steal the elections” by aligning with Arab-led parties he claimed were hostile to the state. Last week, Netanyahu said the Joint List shouldn’t even be “part of the equation” of Israeli electoral politics, drawing new charges of incitement and racism from his opponents.

“I promise you, I am not going anywhere,” Netanyahu said over the weekend.