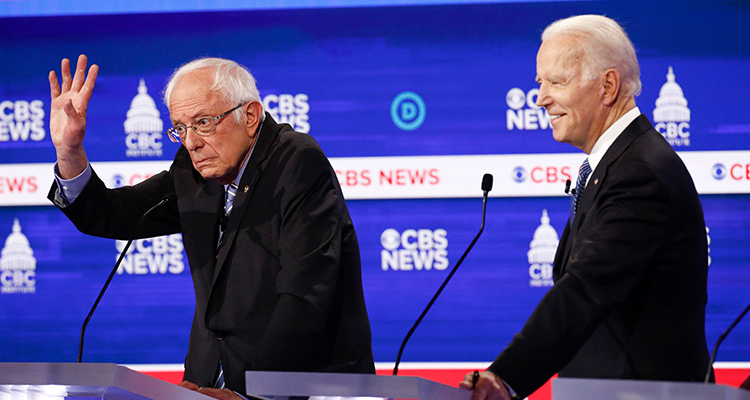 WASHINGTON — Kamala Harris endorsed Joe Biden on Sunday and said she would “do everything in my power” to help elect him, becoming the latest dropout from the Democratic race for president to line up behind the former vice president in his battle with Bernie Sanders for the nomination.


Related Story: How Winning Turned Biden Into a Confident Candidate “He is kind and endlessly caring, and he truly listens to the American people,” her statement added.
Harris said the United States “is at an inflection point. And the decision voters make this November will shape the country and the world our children and grandchildren will grow up in. I believe in Joe Biden.”
Among Biden’s former rivals, Amy Klobuchar, Pete Buttigieg, Beto O’Rourke, Mike Bloomberg, Tim Ryan, Deval Patrick and John Delaney have endorsed him. Sanders has gotten the endorsement of Marianne Williamson and Bill de Blasio.
Also coming out for Biden on Sunday were two prominent Mississippi Democrats, former Gov. Ray Mabus and Mike Espy, agriculture secretary under President Bill Clinton. Espy is also on the ballot Tuesday as he seeks the party’s Senate nomination for the chance to face the Republican incumbent, Cindy Hyde-Smith, in November.
Harris withdrew from the race in December, ending a candidacy with the historic potential of becoming the first black woman elected president. The former California attorney general was seen as a candidate poised to attract the multiracial coalition of voters that sent Barack Obama to the White House. But she ultimately could not craft a message that resonated with voters or secure the money to continue her run. The Rev. Jesse Jackson is helped across the Edmund Pettus Bridge, Sunday, March 1, 2020, in Selma, Ala. (Curtis Compton/Atlanta Journal-Constitution via AP)

Biden and Sanders, two white men in their 70s, are now the front-runners for the nomination in what was once a field of candidates that included several woman and much younger politicians.


Biden and Sanders, two white men in their 70s, are now the front-runners for the nomination in what was once a field of candidates that included several woman and much younger politicians.
Harris said in her statement that “like many women, I watched with sadness as women exited the race one by one.” Four years after Hillary Clinton was the party’s nominee, “we find ourselves without any woman on a path to be the Democratic nominee for president.”
“This is something we must reckon with and it is something I will have more to say about in the future,” she said. “But we must rise to unite the party and country behind a candidate who reflects the decency and dignity of the American people and who can ultimately defeat Donald Trump.”
Biden on Friday won the endorsement of former Massachusetts Gov. Deval Patrick, who was one of the black candidates for the nomination. New Jersey Sen. Cory Booker hasn’t made a public endorsement yet.
Black voters have anchored Biden’s comeback since disappointing finishes in overwhelmingly white Iowa and New Hampshire in early contests that put his campaign on the brink of collapse.

Homeless at 'Double Risk' of Getting, Spreading Coronavirus

Water Is Life. It’s Also a Battle. So What Does the Future Hold for California?