An industry group says the spreading coronavirus could cost airlines as much as $113 billion in lost revenue. That figure, released Thursday, is four times the number released just two weeks ago by the The International Air Transport Association, which is imploring governments for assistance. The group says the industry urgently needs help from governments in waiving some requirements and fees.

The struggling British airline Flybe collapsed Thursday as the outbreak quashed ticket sales. The British regional airline narrowly avoided bankruptcy in January, but the spread of the coronavirus sealed its fate, left passengers stranded, and is now threatening the viability of regional airports across the U.K.

Smaller carriers are particularly at risk. The low-cost carrier Norwegian Shuttle canceled 22 long-haul flights between Europe and the United States from late March to early May. The national carrier Finnair is laying off its entire staff based in Finland for two weeks to a month due to the economic impact of the outbreak. 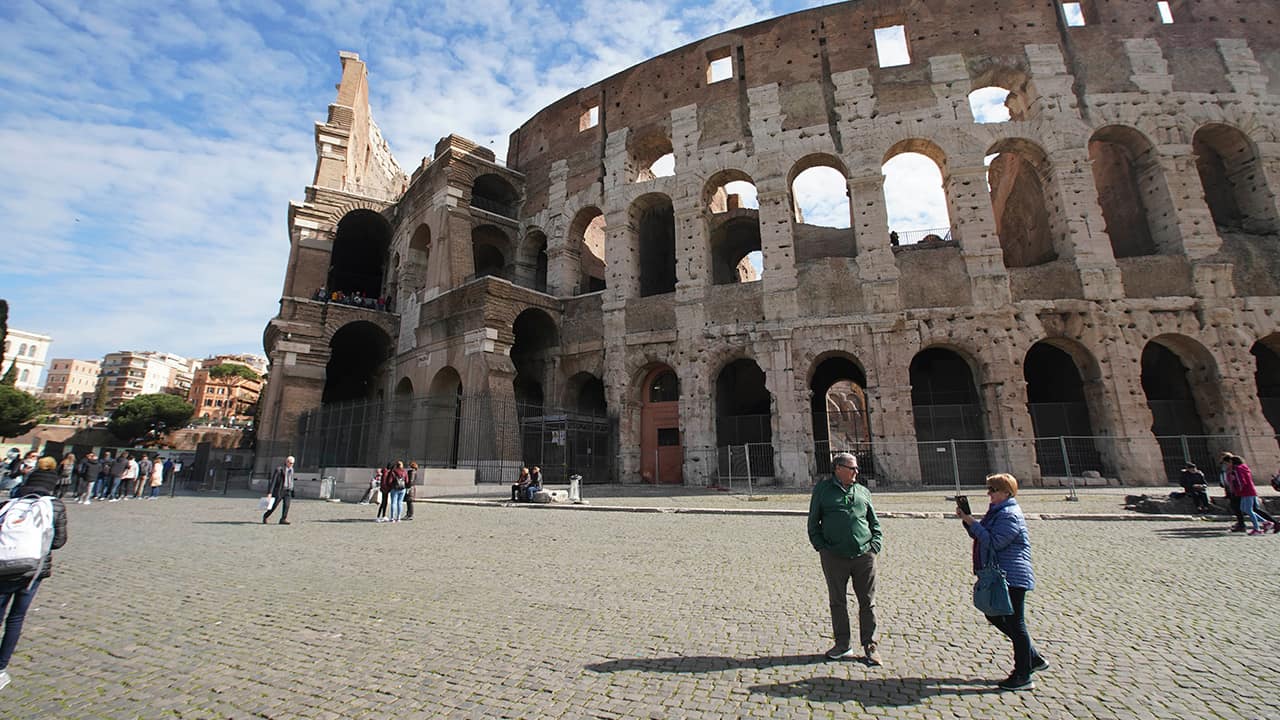 People walk by the Colosseum in Rome, Thursday, March 5, 2020. Italy closed all schools and universities Wednesday and barred fans from all sporting events for the next few weeks as governments trying to curb the spread of the coronavirus resorted to increasingly sweeping measures, transforming the way people work, shop, pray and amuse themselves. (AP Photo/Andrew Medichini)

More companies are reporting workers with infections in the United States. Facebook says it’s temporarily closing a Seattle office after a worker was diagnosed with the virus. The last time the employee came to the social network’s Seattle office was Feb. 21, so Facebook said the office will remain closed until Monday, when the incubation period ends. The company is heeding guidance from local authorities, however, and is encouraging Seattle staff to work from home until March 31.

Amazon this week said one of its employees in Seattle, and two in Milan, Italy, had contracted the coronavirus. All were quarantined.

Aflac said a worker at its call center in Kobe, Japan is infected. The individual had attended an event in Osaka where multiple participants also contracted the virus.

The oil-producing countries of the OPEC cartel are considering slashing output to contain a price plunge intensified by the virus outbreak.

Air travel has plunged since the outbreak emerged in China, sapping demand for jet fuel. Manufacturing has been idled in China as cities with millions of residents locked down to contain the spread of the virus. Major companies around the world have halted business travel out of precaution.

Oil prices stabilized ahead of this week’s meeting on expectations that OPEC and non-OPEC members would agree to deeper production cuts. Industry analysts believe the group will slash production by 1 million barrels per day, on top of existing cuts. Crude prices have fallen 25% since January. 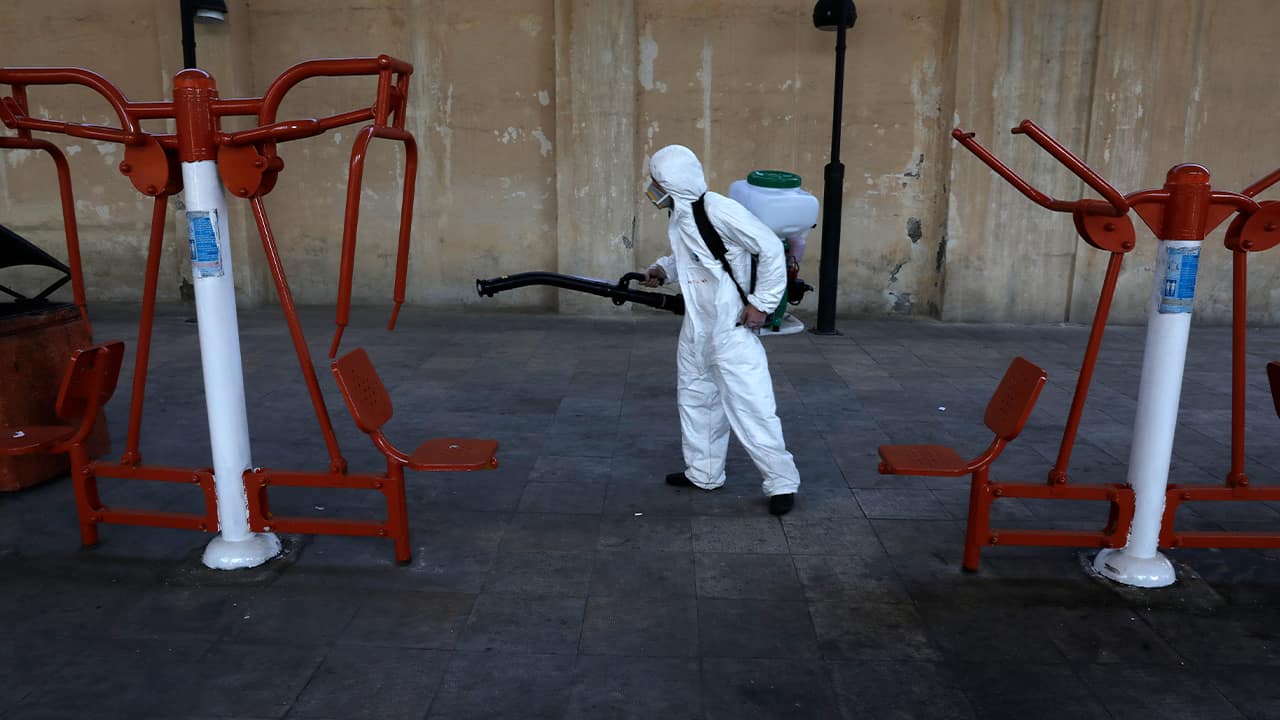 A firefighter disinfects public exercise equipment to help prevent the spread of the new coronavirus in Tehran, Iran, Thursday, March 5, 2020. Iran has one of the highest death tolls in the world from the new coronavirus outside of China, the epicenter of the outbreak. (AP Photo/Vahid Salemi)

The Chicago Board Options Exchange Volatility Index, or VIX, climbed close to 36 Thursday. The VIX is also called Wall Street’s fear barometer. It’s been striking levels not seen in almost a decade in recent weeks. European markets quickly gave up early gains as Wall Street tumbled, with France’s CAC 40 down 2% at 5,357. Germany’s DAX shed 1.9% to 11,897. Britain’s FTSE 100 was down 1.8% to 6,697.