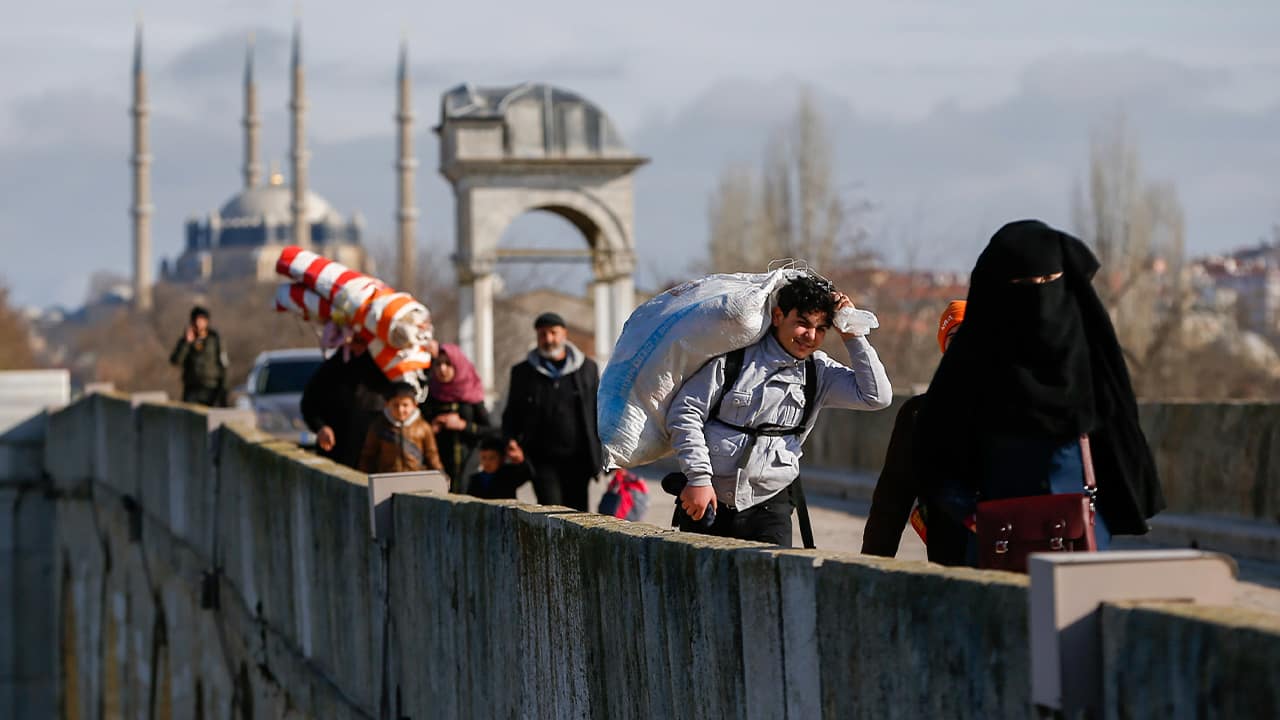 ANKARA, Turkey — Turkey said Thursday it would deploy special forces along its land border with Greece to prevent Greek authorities pushing back people trying to cross into Europe, after Turkey declared its previously guarded gateways to Europe open. Migrants camp in a city market area in Edirne near the Turkish-Greek border on Thursday, March 5, 2020. Greece countered accusations from Turkey Wednesday that it was responsible for the death of a migrant, as its border authorities strove for a sixth day to keep thousands of migrants out by using tear gas, stun grenades and water cannons.AP Photo/Emrah Gurel)

Turkish President Recep Tayyip Erdogan’s decision to open its gateways to Europe has raised concerns within the European Union, which was holding a foreign ministers’ meeting in Zagreb, Croatia.
His move came amid a Russia-backed Syrian government offensive into Syria’s northwestern Idlib province, where Turkish troops are fighting. The offensive has killed dozens of Turkish troops and sent nearly a million Syrian civilians toward Turkey’s sealed border.
Erdogan and Russian President Vladimir Putin were meeting in Moscow Thursday for talks aimed at ending the hostilities in northwestern Syria.
Turkey currently hosts more than 3.5 million Syrian refugees, and Erdogan had frequently threatened to open Turkey’s borders to Europe. He maintains the EU has not upheld its end of a more than 6 billion-euro deal designed to stem the flow of migrants into Europe, after more than a million people entered the EU in 2015.
The head of the International Federation of Red Cross and Red Crescent Societies, Francesco Rocca, visited the Greek side of the border Thursday, and said he hoped a political solution would be found soon. He said he saw through the border fence that there were hundreds of people, including women and children, waiting on the Turkish side of the border.
“Every country, every institution like (the) European Union has the right to set up policies, but these policies must never affect they dignity of human beings,” he said. “It’s very, very sad that we have seen again human beings treated as a political weapon. As a tool for politics. And this is unacceptable.” Greek riot police guard as migrants stand on a fence as they try to enter Greece from Turkey at the Greek-Turkish border in Kastanies on Wednesday, March 4, 2020. Facing a potential wave of nearly a million people fleeing fighting in northern Syria, Turkey has thrown open its borders with Greece to thousands of refugees and other migrants trying to enter Europe, and has threatened to send “millions” more. (AP Photo/Giannis Papanikos)

He said “everyone should be grateful to Turkey” for sheltering millions of refugees for years, but ”political reason cannot justify the decision to open the border.”

How Winning Turned Biden Into a Confident Candidate