It's Up Again for Stocks as Wall Street's Wild Ride Extends 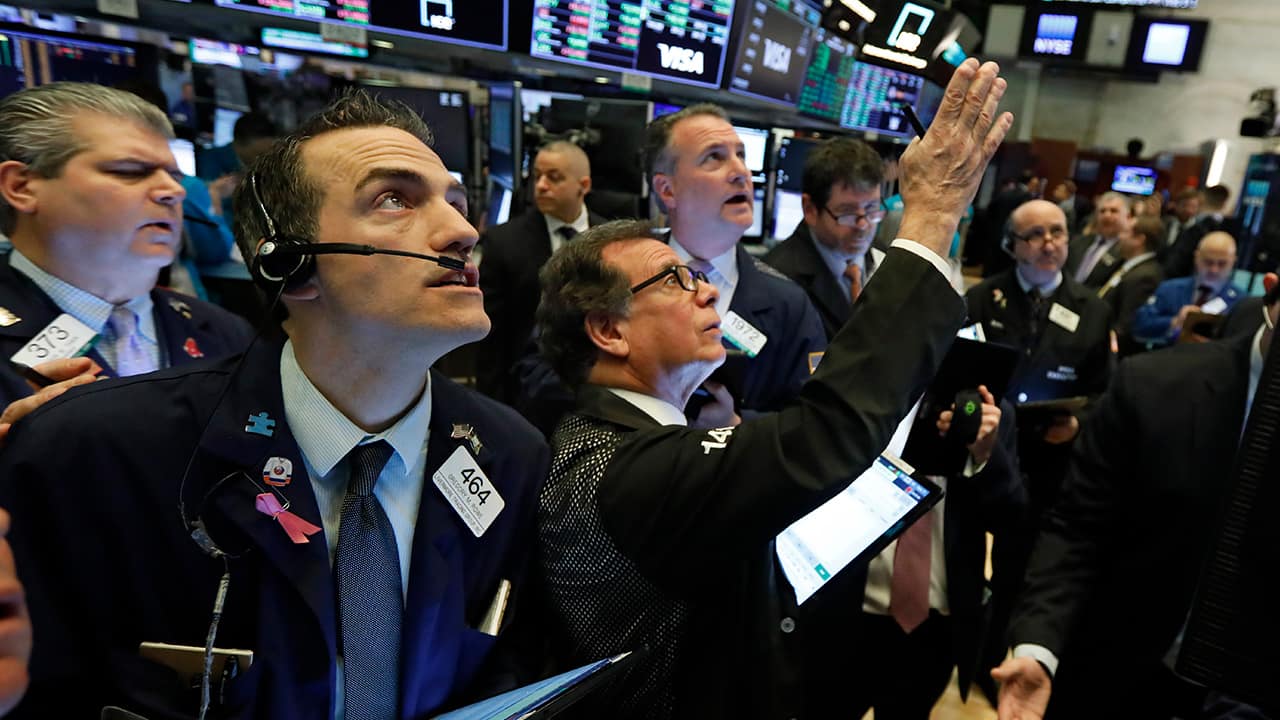 NEW YORK — Stocks jumped Wednesday morning and clawed back much of their sharp losses from the day before as Wall Street’s wild, virus-fueled swings extend into a third week.
Health care stocks led the market’s spurt after a strong performance by Joe Biden in state primaries on Tuesday moved him to top-tier status for the Democratic presidential nomination. Many investors believe he is more friendly to businesses than the other top contender, Bernie Sanders, whose proposals for health care and the economy could hurt profits at insurers and other companies.
Investors are also anticipating other central banks will follow up on the Federal Reserve’s surprise move Tuesday to slash interest rates by half a percentage point in hopes of protecting the economy from the economic fallout of a fast-spreading virus. Canada’s central bank cut rates on Wednesday, also by half a percentage point and citing the virus’ effect.
The S&P 500 was up 1.6%, as of 11:45 a.m. Eastern time. It recovered more than half its loss from the day before, when worries flared about how effective rate cuts can be in a health crisis. The Dow Jones Industrial Average climbed 484 points, or 1.9%, to 26,411 and the Nasdaq rose 1.7%.
Some measures of fear in the market eased, but Treasury yields fell again toward more record lows in a sign that the bond market remains concerned about the economic pain possible from the fast-spreading virus. Companies around the world are already saying the virus is sapping away earnings due to supply chain disruptions and weaker sales, with General Electric becoming the latest to warn its investors.
Even though many investors say they know lower interest rates will not halt the spread of the virus, they want to see central banks and other authorities do what they can to lessen the damage. The S&P 500 sank 2.8% on Tuesday after a brief relief rally triggered by the Fed’s rate cut fizzled. Gregory Rowe, left, whispers in the ear of fellow trader Robert Charmak as they work on the floor of the New York Stock Exchange, Wednesday, March 4, 2020. Stocks are surging in early trading on Wall Street, led by health care stocks after Joe Biden scored a number of Super Tuesday wins. (AP Photo/Richard Drew)

An Indicator of Fear in the Market

“Monetary policy can only take us so far, but at least it’s a step,” said Jack Ablin, chief investment officer at Cresset. “Investors will take comfort in coordinated central bank action. I take comfort in knowing this isn’t the plague, we’ll eventually get through this.”


“Monetary policy can only take us so far, but at least it’s a step. Investors will take comfort in coordinated central bank action. I take comfort in knowing this isn’t the plague, we’ll eventually get through this.” — Jack Ablin, chief investment officer at Cresset
The Bank of England has a meeting on March 26 on interest rates. The European Central Bank and others around the world have already cut rates below zero, meanwhile, which limits their monetary policy firepower. But economists say they could make other moves, such as freeing up banks to lend more.
An indicator of fear in the market, which measures how much traders are paying to protect themselves from future swings for the S&P 500, eased by 10% in morning trading. The price of gold, which tends to rise when investors are feeling fearful, also dipped $1.30 to $1,643.10 per ounce.
But the bond market, which was among the earliest to flash red flags about the economic pain from the virus, was still showing caution. The yield on the 10-year Treasury fell to 0.97% from 1.01% late Tuesday, a day after sinking 0.08 percentage points and dipping below 1% for the first time in history. Yields fall when investors are worried about weaker economic growth and inflation.
The two-year Treasury yield, which moves more on expectations for Fed actions, slumped to 0.64% from 0.71% as traders increase bets that the Fed will cut rates even deeper this year.
Health care stocks in the S&P 500 jumped 3.6% for the biggest gain by far among the 11 sectors that make up the index. UnitedHealth Group rose 8.9%, Anthem jumped 13.2% and Cigna added 9%.

Markets Have Been on Edge for Two Weeks

A Biden nomination would be more welcome on Wall Street than a nod for Sanders, who is campaigning on a proposal to enact “Medicare For All.”

“It’s probably a trend toward more of the same in terms of the market and the regulatory and business environment,” said Ablin. “I don’t think investors are looking for revolution.”
Data reports released Wednesday painted a U.S. economy that was still holding up, at least in the earliest days of the virus spreading to the country. The country’s services industries grew at a faster rate last month than economists expected, according to a report from the Institute for Supply Management. Hiring at private employers was stronger than expected in February, according to a report from payroll processor ADP, though slower than January’s pace. That could be an encouraging sign for the comprehensive jobs report coming from the government at the end of the week.
Markets have been on edge for two weeks, with the S&P 500 down just under 10% from its record on Feb. 19, amid worries about how much economic damage the coronavirus will do. The big swings in recent days will likely continue until investors get a sense of what the worst-case scenario really is in the virus outbreak. They need to see the number of new infections at least slow its acceleration, analysts say.
Indexes jumped on Monday, and the Dow had its best day in more than a decade on rising anticipation for coordinated support from the Fed and other central banks. That followed a dismal week that erased gains for 2020.
The tide rose for stocks around the world on Wednesday. In Europe, Germany’s DAX returned 0.6%, the French CAC 40 rose 0.8% and the FTSE 100 in London gained 1%. In Asia, South Korea’s Kospi jumped 2.2%. Japan’s Nikkei 225 inched up 0.1%, the Hang Seng in Hong Kong slipped 0.2% and stocks in Shanghai rose 0.6%.