Israeli Exit Polls: Netanyahu Ahead, but Short of Majority 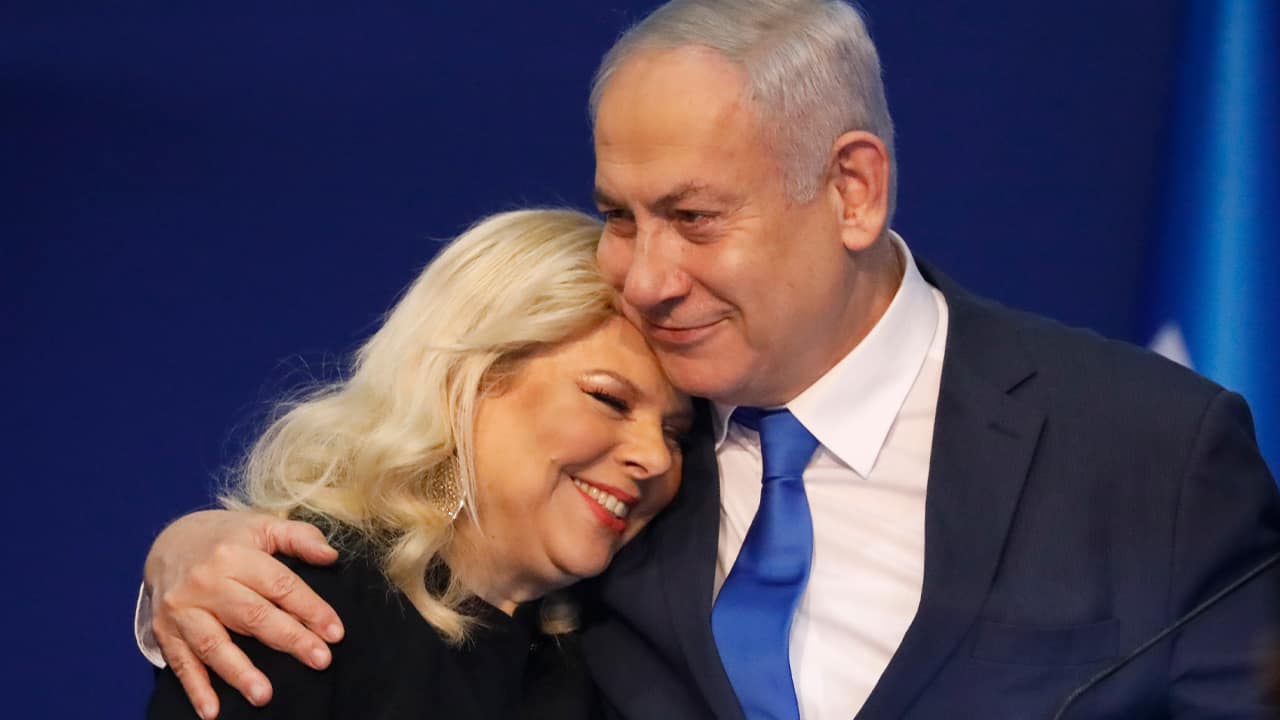 JERUSALEM — Israel’s embattled Prime Minister Benjamin Netanyahu faced an uncertain path to staying in office on Tuesday, even as preliminary results showed his Likud party pulling ahead of its opponents in the country’s third election in less than a year.

He vowed to immediately begin work to form a new coalition and press forward with a hard-line agenda that includes annexing large parts of the West Bank — a step that would undermine any remaining hopes of establishing a Palestinian state. Netanyahu aide Jonathan Urich said efforts were already underway to recruit defecting lawmakers from the other bloc.
“I expect that fairly shortly we’ll have the missing votes,” he told Israel’s Army Radio.
The Likud party issued a statement saying Netanyahu met with religious and nationalist party leaders and they agreed to remain a united bloc, but didn’t rule out a possible unity government deal with Blue and White.
Regardless of the final outcome, the election seemed to mark a devastating setback for Benny Gantz’s Blue and White party and its allies on the center-left, who had grand ambitions to topple Netanyahu after more than a decade in power. But with Blue and White party trailing Likud by several seats that option appears off the table. Infighting has already begun among the fragmented opposition, with various figures pointing the blame at Gantz for running a lackluster campaign.
Even with his path to the premiership seemingly blocked, Gantz vowed to carry on.
“We won’t let anyone destroy the country. We won’t let anyone separate between us. We won’t let anyone dismantle Israeli society and crush democracy,” he told supporters. “Even if it is difficult, we will win at its end.”
Netanyahu’s Likud looked set already to secure 36 seats to Gantz’s Blue and White’s 32, with Netanyahu’s camp holding an overall edge of 59-54 to Gantz’s center-left bloc. Maverick politician Avigdor Lieberman, whose party is projected to win seven seats, once again looms as a key player. Speaking on Tuesday, he repeated his campaign pledge that there will not be a fourth election but wouldn’t indicate how he would act in case of further deadlock.

Netanyahu Failed in a Bid to Secure Immunity From Prosecution

Anti-Netanyahu forces in Israel could still eke out a narrow “blocking majority” and force yet another vote. But a weary public is largely against that option. Legal analysts also warn of a constitutional crisis amid a string of inconclusive elections, meaning that the option of a unity government may again be in the cards.
“After such a debased, lowdown, divisive campaign, replete with accusations and mud-slinging, we must mend our fences, heal the wounds, unify Israeli society,” former Likud minister and Netanyahu critic Limor Livnat wrote in the Yediot Ahronot daily. “This is the only answer.”
Netanyahu was indicted in November on charges of fraud, breach of trust and accepting bribes, making him the first sitting prime minister to be charged with a crime. He denies any wrongdoing and says he is the victim of a witch hunt by police, prosecutors and a hostile media.
During the campaign, Netanyahu failed in a bid to secure immunity from prosecution. As prime minister, he could still rally public opposition against prosecutors and judges in the case. He also could seek other avenues to delay or derail the proceedings against him.
A unity government between Likud and Blue and White would likely force Netanyahu to drop these plans. It would also make Ayman Odeh, leader of the Joint List, the formal leader of the opposition. His umbrella group of Arab-led parties scored its most impressive showing ever, becoming the third largest faction in parliament with a projected 15 seats.