A Hanford man shot and killed his 10-year-old son Monday morning before taking his own life in an apparent murder-suicide, authorities said.

Victor Gomes, 43, was found dead with a gunshot wound to his head at a home he shares with his parents in Hanford, police Capt. Karl Anderson said at a news conference. 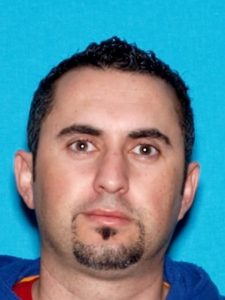 The man’s parents were home at the time of the shootings.

The boy, identified as Wyland Gomes, died of his injuries at Adventist Medical Center.

“It’s a horribly sad day for us,” Anderson said.

Father Had Gun Taken Away Previously

Gomes lost full custody of his son after it was reported in 2016 that he had suicidal thoughts and owned a gun, the captain said. He was ordered to turn over his gun to the Hanford Police Department, which still has the weapon, he said.

The weapon used in Monday’s shootings was a handgun Gomes legally purchased in 2017 after he completed a mental health evaluation and was allowed to have supervised visits with his son, Anderson said.

Wyland’s mother has been notified of her son’s death.

“I can’t even begin to speak on the devastation,” Anderson said.