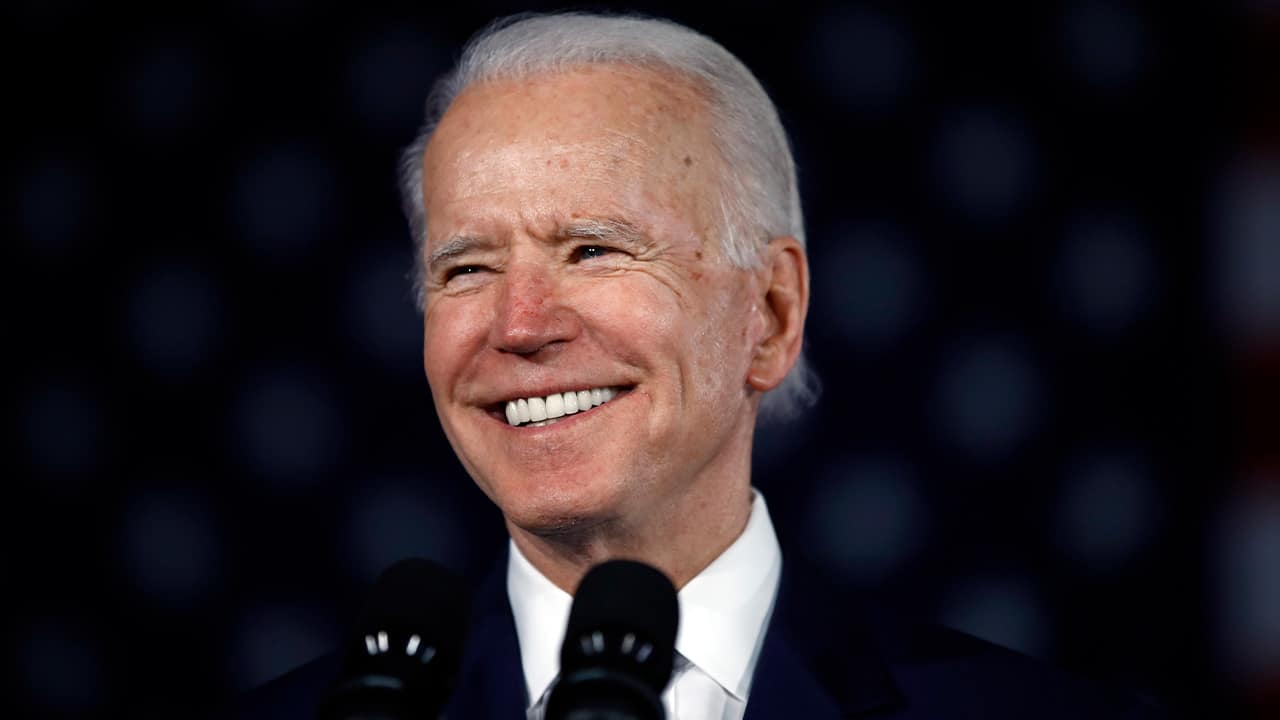 SELMA, Ala. — Rivals no more, Amy Klobuchar and Pete Buttigieg united behind Joe Biden’s presidential bid on Monday as the Democratic Party’s moderate wing scrambled to boost the former vice president just hours before voting began across a series of high-stakes Super Tuesday states.
Klobuchar formally suspended her campaign and endorsed Biden on Monday, a day after Buttigieg announced his formal exit. Buttigieg, the former mayor of South Bend Indiana, planned to announce his support for Biden later Monday at a rally in Dallas that Klobuchar also planned to attend, according to two people familiar with the decision who were not authorized to speak publicly and spoke to The Associated Press on condition of anonymity.
The fast-moving developments came on the eve of Super Tuesday, when 14 states, one U.S. territory and Democrats abroad cast ballots in the party’s turbulent nomination fight. Klobuchar and Buttigieg become the second and third Democrat to abandon their presidential bids since Biden scored a resounding victory in South Carolina, his first of the 2020 roller-coaster nomination fight.
A shrinking group of other Democrats vowed to press on, potentially toward a contested convention.
The fast-moving developments came at a key crossroads in the Democratic Party’s turbulent primary season. Fourteen states, one U.S. territory and Democrats abroad will vote on Tuesday, which offers almost 10 times as many delegates in a single day than have been awarded over the first month.
Fiery progressive Sanders remained the undisputed front-runner. But the rest of the field was decidedly unsettled, even after Biden’s South Carolina blowout and the departures of Klobuchar, Buttigieg and billionaire activist Tom Steyer.
New York billionaire Mike Bloomberg in particular could create problems for Biden’s establishment appeal. Bloomberg, who will appear on a 2020 ballot for the first time on Tuesday, has invested more than a half billion dollars into his presidential bid and wracked up many high-profile endorsements of his own. Yet Biden appeared to have the momentum on the eve of Super Tuesday after his blowout South Carolina victory.
The Biden campaign reported back-to-back days of $5 million fundraising hauls, by far the best 48-hour stretch of his campaign. Biden himself touted the threshold Sunday night on a call with donors, according to one person on the call.

Biden, meanwhile, pressed his case during a round of national television interviews that reflected a stark reality a day after his resounding primary victory in South Carolina: The former vice president was forced to rely on free media coverage because he was understaffed, underfunded and almost out of time as he fought to transform his sole win into a national movement.
Biden pledged to improve his campaign operation, his fundraising haul — and even his own performance — in an interview on ABC’s “This Week.” He warned of a “stark choice” between him and Sanders, while making the case that he was the candidate who could win up and down the ballot and in states beyond those voting next week.
Biden added a swipe at one of Sanders’ signature lines during an appearance on “Fox New Sunday”: “The people aren’t looking for revolution. They’re looking for results.”
Sanders was focused on California, the crown jewel of Super Tuesday. California alone offers 415, which is more than double the amount of delegates allocated through Iowa, New Hampshire, Nevada and South Carolina.
Sanders predicted victory in California as he rallied thousands of supporters in multiple stops and attacked Biden’s record on foreign policy, trade and Social Security, among other issues.
“My point here is not just to be negative about Joe,” Sanders said. “My point here is to ask you: ‘What campaign is going to beat Donald Trump?’”
Sanders has struggled to win over many elected officials in Washington but earned a high-profile endorsement Monday from Democracy for America, a national grassroots organization originally led by former Vermont Gov. Howard Dean, that boasts thousands of members across the county.
“The overwhelming support for Bernie we saw in our member vote should be a wake-up call to the broken, visionless, corporate Democratic establishment,” said the organization’s chair Charles Chamberlain. “American’s want fundamental change in Washington, not a return to the status quo.” The future for candidates not named Biden or Sanders appeared uncertain at best.
A handful of high-profile political strategists with ties to the former president encouraged Biden’s rivals — including Bloomberg — to quit the race to allow anti-Sanders Democrats to unify behind Obama’s former vice president. Biden’s other rivals showed no interest in getting out of the race. In fact, some vowed to keep fighting no matter what happened on Super Tuesday.
Warren campaign manager Roger Lau spoke brazenly of pushing into a floor battle at the Democratic National Convention this summer if no candidate emerged from the primary season with a clear majority, which was possible even if someone had a large delegate lead.
“The convention in Milwaukee is the final play,” Lau wrote in a Sunday memo.
And Bloomberg, who this week will be on the ballot for the first time, insisted that he was not going anywhere before Tuesday’s primaries.
“I’m optimistic,” he told voters in Selma, Alabama, where many of the White House hopefuls gathered for ceremonies commemorating civil rights heroism.
Yet Bloomberg received a mixed reception as he spoke from the pulpit of Selma’s Brown Chapel AME Church. Multiple parishioners stood and turned their backs to the New York billionaire as he neared the end of his 10-minute speech. That was after the pastor told the congregation that Bloomberg initially said he was too busy to attend because he had to “beat Donald Trump.”
Through four primary contests, the AP allocated at least 58 delegates to Sanders, including two added Sunday as South Carolina’s remaining votes dribbled in. Biden vaulted past Buttigieg into second place with at least 50 delegates — shrinking Sanders’ lead from what had been 30 delegates before South Carolina to eight. Buttigieg, Warren and Klobuchar remained stuck at 26, eight and seven, respectively.
But the first four states were always more about momentum more than math. Super Tuesday states offer a trove of 1,344 new delegates based on how candidates finish. Just 150 delegates have been awarded so far.

Apple to Pay up to $500M Over Battery-Related Phone Slowdown