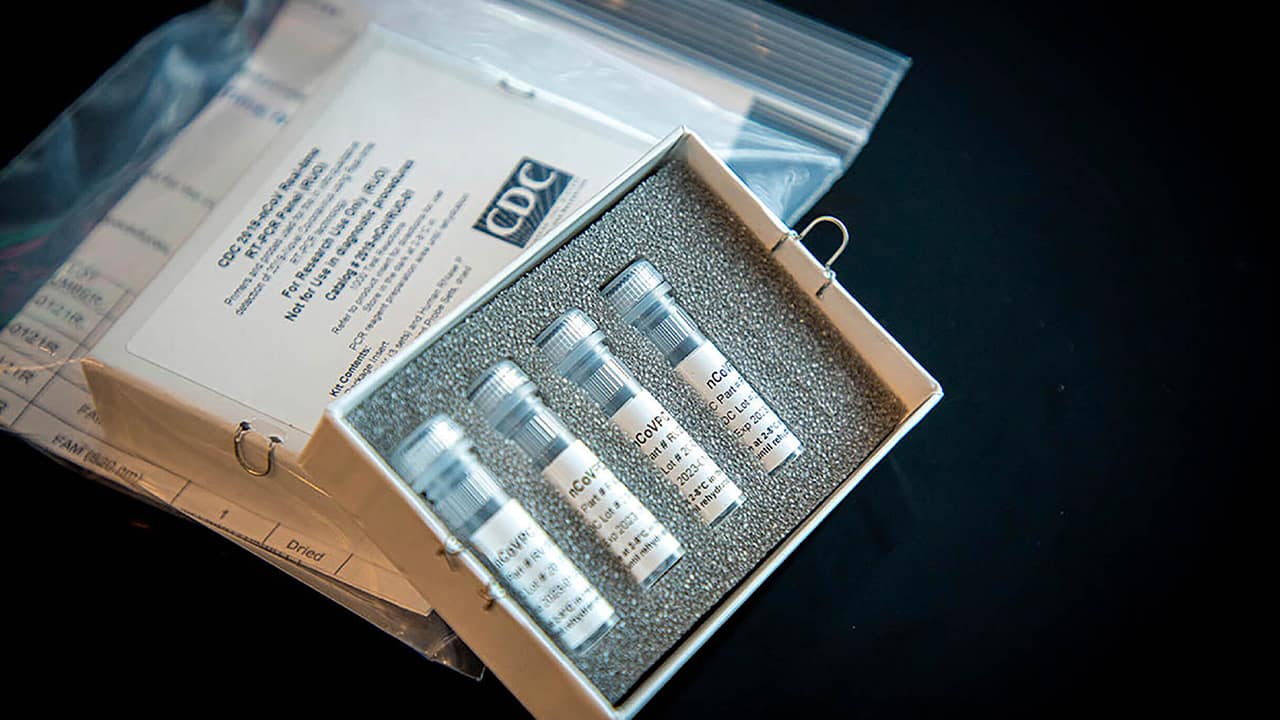 NEW YORK — Health officials confronted tough questions and doubts Thursday about testing to intercept the fast-spreading virus, with scrutiny focused on a four-day delay in screening an infected California woman despite her doctors’ early calls to do so.

But catching the disease early will require countries to invest in rapid diagnostics, said Dr. Gagandeep Kang, a microbiologist who heads the Translational Health Science And Technology Institute in India.
Test kits used by the World Health Organization cost less than $5 each, said Michael Ryan, the group’s emergencies programs director. But that figure does not include the expense of medical staff and validation screening, and making such investments effective goes well beyond the expense involved.
“As we can see from the new sparks on Italy, Iran, Korea, is that early identification of cases is crucial. There, the first persons with infection were missed,” said Marion Koopmans of the Erasmus Medical Center in the Netherlands.
Doctors at the University of California Davis Medical Center were mindful of the need for early identification on Feb. 19 when the hospital admitted a female patient on a ventilator who showed symptoms of a viral infection. They asked she be tested for the new coronavirus, according to an email hospital officials sent to their employees, but a test was not administered because she did not fit federal test criteria. The test was not done until four days later, on Feb. 23, and the results did not come back until Wednesday, a full week after she was admitted, the hospital said.
The federal agency in charge of testing, the U.S. Centers for Disease Control and Prevention, took issue with that account late Thursday. The agency said it was still investigating, but that a preliminary review showed it had not been informed of the case until Feb. 23, when it requested specimens for testing. It said criteria in place at the time could have allowed the woman to be tested earlier.
The case highlights the fact that most testing in U.S. up to now has been limited to those who, in addition to showing symptoms, have a history of travel to countries affected by the disease or contact with those who have done so, said Lauren Sauer, director of operations at Johns Hopkins University’s Office of Critical Event Preparedness and Response. South Korean army soldiers wearing protective suits spray disinfectant to prevent the spread of the COVID-19 virus on a street in Daegu, South Korea, Thursday, Feb. 27, 2020. As the worst-hit areas of Asia continued to struggle with a viral epidemic, with hundreds more cases reported Thursday in South Korea and China, worries about infection and containment spread across the globe. (Lee Moo-ryul/Newsis via AP)

“In the U.S., people are sticking pretty closely to that definition,” Sauer said. But the increasing cases on other continents “are demonstrating we need to do a better job than just where the outbreak originated.”
On Thursday, the CDC updated its testing criteria on its website — a move that had been in the works for days, according to a federal official familiar with the change.
The CDC will continue to advise testing people who have traveled to certain outbreak areas and have fever and certain other symptoms. But now testing is also appropriate if such symptoms exist and flu and other respiratory illnesses have been ruled out and no source of exposure has been identified.
As part of that, CDC has expanded the list of countries that are red flags for testing to include not only China but Iran, Italy, South Korea and Japan.
Last month, the CDC said it had developed a test kit that could be sent to state and big city public health labs, so they could broaden testing to more people. Early this month, the agency got authorization to begin distribution of the kit to government public health labs in the 50 states and some cities and counties.
But most of the kits proved to be faulty, providing inconclusive results to test samples that should have tested positive. The problem was blamed on one of three reagents used in the testing. CDC said it was trying to manufacture new reagents, but gave no firm timetable for when that would occur.
Only about a half dozen state and local public health labs had fully functional kits as of early this week.

As weeks passed, the problem became more and more frustrating, said Scott Becker, the chief executive of the Association of Public Health Laboratories.


Related Story: Governor: Coronavirus Changing 'By the Hour' in California The challenge is complicated by a slowness to distribute test kits.
Newsom said Thursday the state had just 200 testing kits on hand and “that’s simply inadequate.” He said he spoke to CDC officials and they assured him they were working to make testing more broadly available in California.
In Italy, where an outbreak has depressed tourism and fueled panic, officials said Thursday they would change their reporting and testing practices in ways that could lower the country’s reported caseload.
Italian authorities plan from now on to distinguish between people who test positive for the virus and patients showing symptoms, since the majority of the people in Italy with confirmed infections aren’t actually sick. They said they would follow urging by the WHO and hold off on certifying cases screened only at a regional level, until they can be confirmed by national officials.
“The cases that emerge from the regions are still considered suspect and unconfirmed,” said Walter Ricciardi, a WHO adviser to the Italian government.
But U.S. experts said the crisis requires more rapid testing, and a willingness by officials to revise their criteria. Sauer pointed to a case in Canada, where officials zeroed in on a traveler from Iran with COVID-19 soon after that country announced its first cases.
“Let our really smart doctors do what they do really well,” Khan said. “If they are really suspicious that a pneumonia or influenza-like illness does not quite look like an influenza-like illness, allow them to test!”

Related Topics:Centers for Disease Control and PreventionChinacoronavirusstock market
Up Next