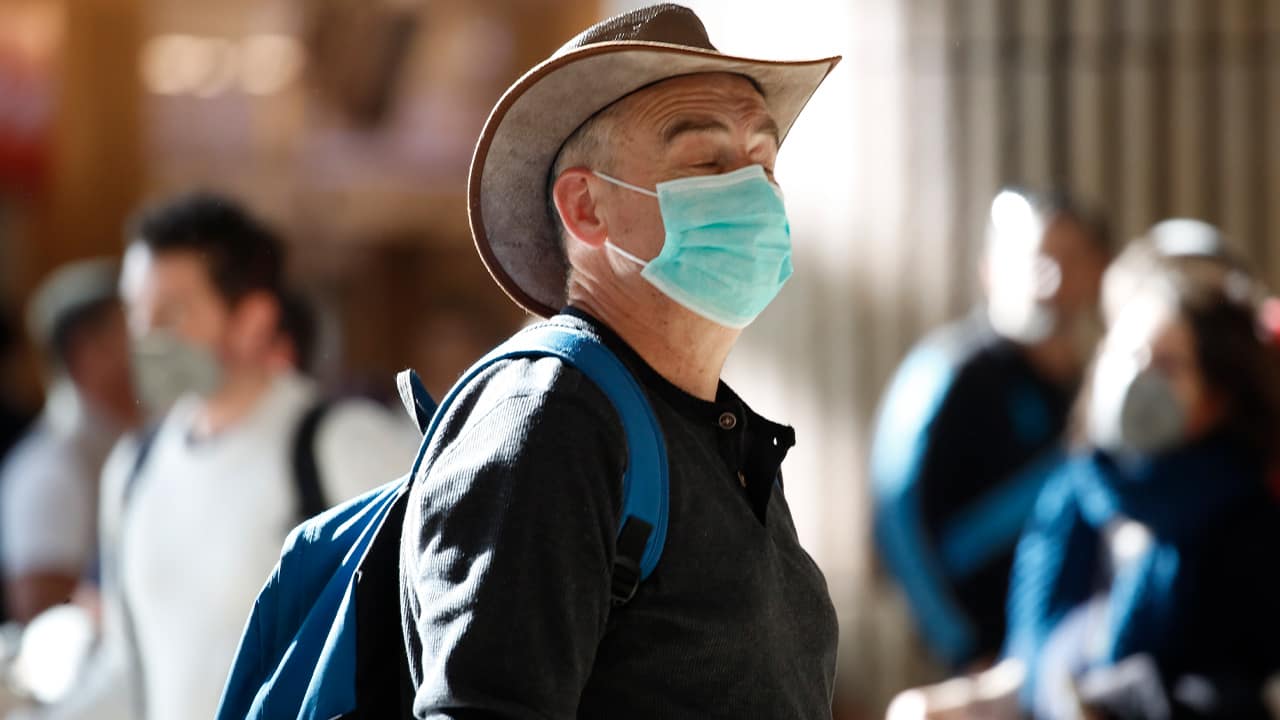 Gov. Gavin Newsom said Thursday that the state is monitoring 8,400 people who may have been exposed to the coronavirus and has only 200 kits for diagnosing it, even as California is addressing the problem with urgency.
Other officials said the state may not have enough face masks to protect health care workers and others who need them. The governor told reporters the state’s priority is to work closely with federal officials to expand testing capacity. He said California’s current circumstances do not merit a state-of-emergency declaration, but that could change.
Newsom also said the state will be getting more test kits from the federal Centers for Disease Control and Prevention. The 200 on hand are “simply inadequate to do justice to the kind of testing that is required to address this issue head-on,” he said.
It is unclear how many new kits are coming and how soon.
California has identified 33 cases of coronavirus — the most in the country — 28 of which remain in the state, according to Newsom. Of those confirmed cases, 24 involved passengers from a cruise ship or from repatriation flights from China.
Health officials continue to note that public risk of contracting the virus, officially named Covid-19, remains low and far more Americans die annually from the flu. But some crucial questions remain unanswered, such as how many people may have been exposed in a recent Solano County case and where more people will be quarantined if  the infection spreads to the general public.
The city of Costa Mesa obtained a court order last week blocking a state plan for quarantine facilities there. On Thursday, Newsom and Dr. Mark Ghaly, California’s Health and Human Services director, declined to name any other facilities or locations that are being considered to isolate infected patients.
“Everybody in this country is rightfully anxious about this moment, but I think they should know we are meeting this moment with the kind of urgency that is necessary,” Newsom said.

It is also unclear when the state may get more specialized face masks, known as N95 respirators. Most of the state’s stockpile of several million is expired, leaving only about 20,000 masks for use, the governor’s office confirmed.
Newsom’s office said it has ordered 300,000 more, but most are manufactured in China, where demand is especially high, and the state could be facing a backorder to at least April.
N95 respirators, high-grade and often an element of infection-control strategies, can protect a person from bacteria and viruses. But certain components, such as the elastic straps, can degrade if they’re in storage for too long, which affects the masks’ fit and resulting performance.
The state is not currently recommending that civilians wear masks during their day-to-day activities, although they are critical for health care workers and patients. Public demand for the masks has risen as fear and anxiety have grown, and retailers have reported selling out supplies in recent weeks.
The inadequate supply of test kits and masks is troublesome, said Brandon Brown, an epidemiologist at UC Riverside. It raises the question of whether the state is truly prepared for a full-blown outbreak, he said. And “masks are also used for other communicable diseases, like the flu.”
The U.S. has between 12,000 and 61,000 annual deaths related to the flu, according to the CDC. But there have been no reported deaths related to coronavirus.


Related Story: Governor: Coronavirus Changing 'By the Hour' in California California Governor Gavin Newsom speaks to members of the press at a news conference in Sacramento. Newsom spoke about the state’s response to novel coronavirus, also known as COVID-19. Yesterday, the Centers for Disease Control and Prevention confirmed a possible first case of person-to-person transmission of COVID-19 in California in the general public.(AP Photo/Randall Benton)

California has the country’s first case of “community spread,” involving an infected woman from Solano County who had not traveled to an affected area and had not had close contact with anyone known to be infected.

Related Topics:ChinacoronavirusGov. Gavin Newsom
Up Next

What was Rudy Giuliani Doing in Fresno?