'No Way Out': Demographics Drive GOP Nosedive on West Coast 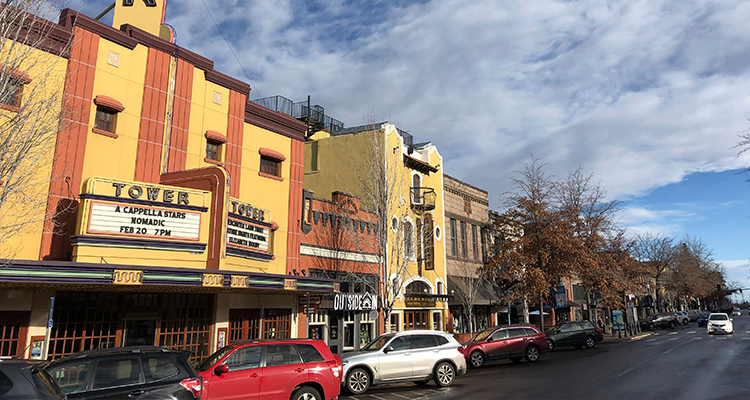 BEND, Ore. — In the early 1990s, the population of Bend was around 25,000 and leaned Republican. A lumber mill operated along the banks of the Deschutes River in Oregon’s high-desert country.

‘There Is No Way Out’

Political districts have flipped in population centers, from San Diego in the south to Seattle in the north.
“There is no way out,” Chris Vance, a former Washington state Republican Party chairman and legislator, said in a telephone interview.
In San Diego, by the U.S.-Mexico border, each of the nine city council districts now has more registered Democrats than registered Republicans, including one that until recently leaned strongly Republican.
In 1980, Orange County, near Los Angeles, was 80% white and a GOP stronghold. Today, Orange County is mostly Hispanic and Asian, with many displeased by Republicans’ hard stance on immigration. In 2018, voters there dealt a stunning defeat to a two-term GOP congresswoman.
The California GOP wound up losing six other U.S. House seats that year, leading a former Republican leader in the state to declare: “The California Republican Party isn’t salvageable at this time.”
Democrats also hold the California governor’s office, both U.S. Senate seats and almost complete control of the Legislature. FILE – In this Nov. 3, 1980 file photo, former President Gerald Ford, from left, lends his support to Republican presidential candidate Ronald Reagan and his running mate George H.W. Bush in Peoria, Ill. The last Republican presidential candidate that California went for was George H.W. Bush. For both Oregon and Washington it was Ronald Reagan. Now, Republicans are struggling to hold seats in Congress, statehouses and city councils. (AP Photo, File)

In Seattle, tens of thousands of tech employees have flooded into the city and its suburbs, hired by Amazon, Microsoft, Google and Facebook. The influx of highly educated workers over the past decade helped fuel a population boom that made many communities much more diverse and affluent, and turned them away from the GOP and toward Democrats.

Republican Lawmakers in Oregon Are Fed up With Democratic Dominance

After the demise of the timber industry, Bend became a mecca for outdoor enthusiasts and beer lovers. The town of roughly 100,000 is arrayed along a scenic river and below the Cascade Range, with one of the highest number of breweries per capita in America.
“Bend is full of beautiful, very fit, beer-swilling jocks,” said James Foster, professor emeritus of political science at Oregon State University-Cascades in Bend.
The shifting demographic has made Bend, and Deschutes County, “much more moderate” than in the past, he said.
In 2018, about 4,100 more people moved to the county than moved out, with two-thirds arriving from 11 California counties — 10 of which are predominantly Democratic — and from the liberal bastions of Seattle and Portland, according to a new study by the Oregon Employment Department.
The growth of registered Democrats “could be a reflection of the political party affiliation of the new residents, rather than longtime locals shifting their party affiliation,” said economist Damon Runberg, who prepared the study.
Republican lawmakers in Oregon are so fed up with Democratic dominance that they began a boycott of the Legislature this week in an attempt to kill a bill aimed at stemming global warming. Helt bucked the move by remaining in the capitol.
Some Republicans also formed a group, Move Oregon’s Border for a Greater Idaho. It is collecting signatures to make rural Oregon counties part of conservative Idaho.
“I understand they’re looking at Idaho fondly,” Idaho Gov. Brad Little said on Fox News last week. “But there’s a lot of governmental hurdles and legal hurdles that would have to be jumped before they could ever do that.”

Trump to Detail US Coronavirus Efforts, Schumer Seeks $8.5B