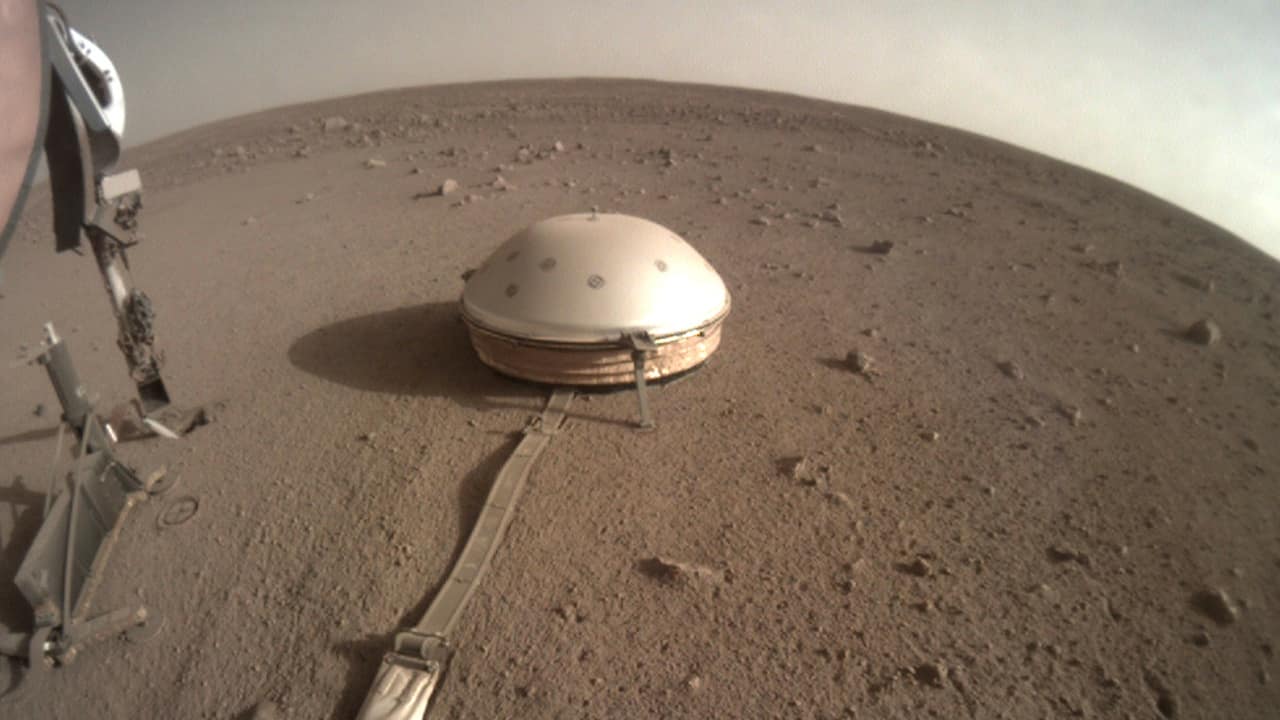 CAPE CANAVERAL, Fla. — NASA’s newest Mars lander has confirmed that quakes and even aftershocks are regularly jolting the red planet.

This Region Has Especially Turbulent Weather, With Dust Devil-Like Vortexes

While the team cannot rule out meteor impacts, the source of the tremors appears to be underground, according to the researchers. Nevertheless, Mars-orbiting spacecraft are on the lookout for signs of recent impacts, and InSight’s cameras scan the night sky for meteors. So far, they’ve come up empty.
Banerdt said he had hoped to find more larger quakes, which are useful for probing deeper under the planet’s surface. In an email, he said “another year of observations will be needed to complete the goals of the mission.”
InSight landed in a small crater in Mars’ Elysium Planitia in November 2018. Its French seismometer was placed directly on the volcanic plain the following month.
This region has especially turbulent weather, with dust devil-like vortexes.
The lander still has another year of geologic observations for a total of two years, or one full Martian year. There likely are more quakes occurring than the seismometer is registering; interference from wind and other weather conditions can mask the measurements.
And while no marsquakes with magnitudes greater than 4 have been detected, that doesn’t mean they aren’t occurring, according to Banerdt.

Banerdt describes Mars as moderately active from a seismic standpoint, more than the moon but less than Earth. The findings are close to initial predictions. The moon’s seismic activity is known thanks to instruments left behind a half-century ago by the Apollo astronauts.