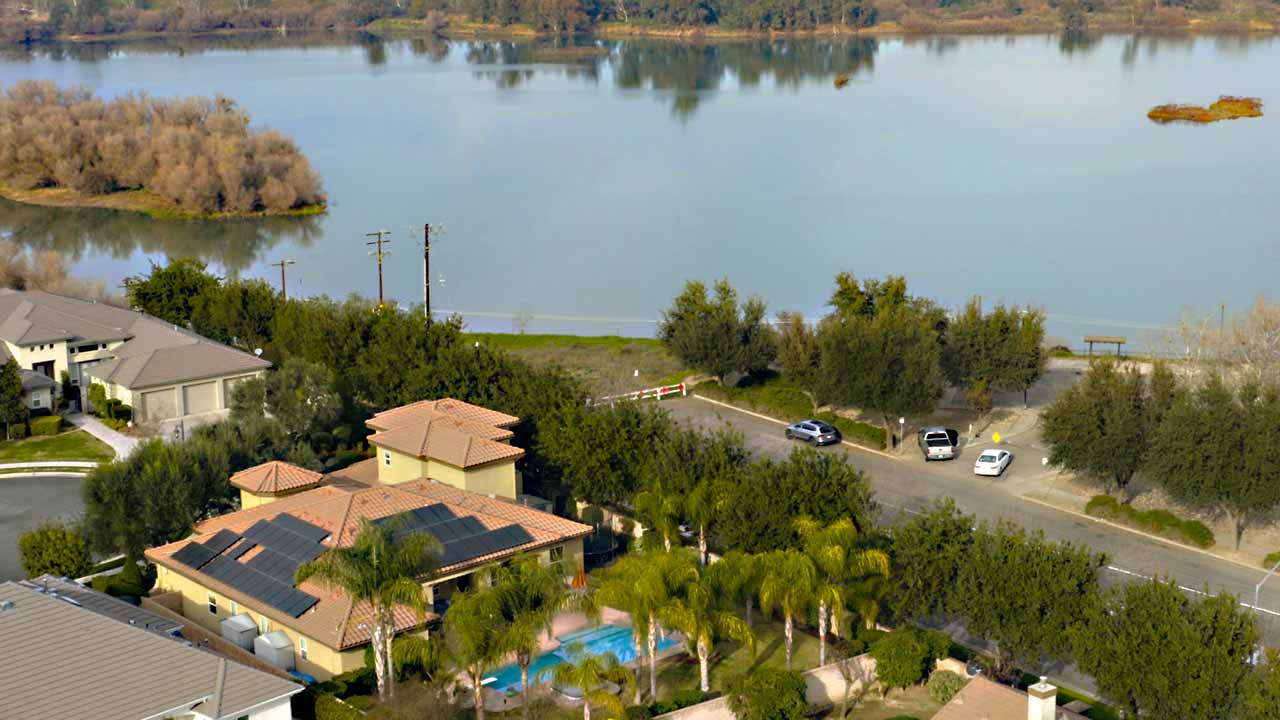 The Millburn Overlook and the San Joaquin River have provided many good memories for Tiffany Bremer and her family.
“I caught tadpoles down there as a kid,” she says while pointing over the overlook’s back railing to the river below. “Twenty years ago, this park was a selling point” for families moving to the northwest Fresno neighborhood.

But, on this Friday afternoon, the gates to the parking area are locked.
On the north edge of the park, there is a makeshift memorial to 24-year-old Brandyn Harris. He was shot dead there in broad daylight on Jan. 17.

Gates to Overlook Could Open Today

The good news is, the overlook can become a safe memory-making place again. Not just for nearby residents. But for everyone who wants to see and enjoy the river in a city with too little river access.
The morning after Harris was gunned down, northwest Fresno councilman Mike Karbassi found himself on the hot seat.
Residents flooded his office email account with complaints about the overlook. It had become a magnet for drug deals, couples having sex, and litter. The emailers, of course, wanted Karbassi to do something about the problems. That’s how democracy works.

First, Karbassi asked city officials to temporarily lock the park’s gates so that vehicles couldn’t park there but people could still walk in. Then he called a neighborhood meeting. Out of the meeting came several suggestions that should improve the overlook and address at least some of the neighbors’ concerns.


“I would love to see as many ideas as possible. The challenge is combining river access — which we need more of throughout the city — and safety. You can’t have one without the other.” — Fresno City Councilman Mike Karbassi
As for the gates, they could be open again as early as today.
“It was an excellent meeting with a lot of good ideas,” Karbassi says.

New Lights Are in Place

One of them already is in place. The overlook’s nonfunctional overhead lights have been replaced and upgraded to LEDs at a cost of $1,200 from Karbassi’s district fund.
In addition, other changes are under discussion. These include trimming the perimeter shrubbery, installing surveillance cameras, and replacing the parking lot with grass.
Trimming the shrubs would increase visibility and discourage illegal activities, Karbassi says. And, if cameras had been on site last week, police might have tracked down Harris’ killer by now.
I like the idea of removing the parking lot and increasing the greenspace. If that happens, Karbassi says, the city would likely allow parking on the street near the overlook between 6 a.m. and 8 p.m.
Or, perhaps, it’s time to redesign the overlook entirely so that it is more appealing and can be used by more people.
“I would love to see as many ideas as possible,” Karbassi says. “The challenge is combining river access — which we need more of throughout the city — and safety. You can’t have one without the other.”

These are not easy challenges to solve. The Fresno parks department operates on a skeleton budget, violent crime is abnormally high, homelessness is soaring, and police officers run from call to call as soon as they clock in.
Karbassi showed real leadership in his response to the killing of Harris and the decade-long decline of the overlook.
But the bottom line is, it’s next-to-impossible to have safe, well-maintained greenspaces unless citizens are willing to invest more in parks and public safety.
Chances are, there will be a sales-tax proposal on the November ballot. While the devil is always in the details, all who want to elevate Fresno’s quality of life should give it serious consideration.