JERUSALEM — Israel finds itself in a familiar place after a tumultuous election campaign — with maverick politician Avigdor Lieberman still seemingly in control of the country’s fate.

The run-up to Israel’s third election in less than a year saw criminal charges filed against the prime minister, an American Mideast plan unveiled and various party mergers and machinations. Yet once again, opinion polls suggest that neither Prime Minister Benjamin Netanyahu nor his chief challenger Benny Gantz will be able to form a coalition without Lieberman.

Lieberman remains cagey about his intentions, raising the possibility his brinkmanship could end up forcing yet another election.

Lieberman’s nationalist Yisrael Beitenu party bolted from Netanyahu’s right-wing camp last year to spark the unprecedented stalemate in Israeli politics. Though Lieberman has all but ruled out sitting in a government led by his one-time mentor Netanyahu, saying his “era is over,” he has also driven a hard bargain with Gantz and has taken out campaign ads against the former military chief.

Lieberman insists a future coalition cannot include Arab-led parties, whose lawmakers he considers terrorist sympathizers because several have sided with Israel’s adversaries and refused to condemn attackers. He has also ruled out governing jointly with ultra-Orthodox Jewish parties that he says have long wielded disproportionate power that has harmed Israel’s secular majority and, in particular, his base of immigrants from the former Soviet Union. Lieberman himself immigrated to Israel in the 1970s from the former Soviet republic of Moldova.

His preferred solution after the last election was to play matchmaker between Gantz’s centrist Blue and White party and Netanyahu’s Likud and coax them into a unity government.

But that option appears off the table even if the numbers don’t seem to add up to any other realistic alternative. Gantz refuses to partner with the indicted Netanyahu and Likud appears unwilling to part ways with its longtime leader, even as he goes on trial next month. 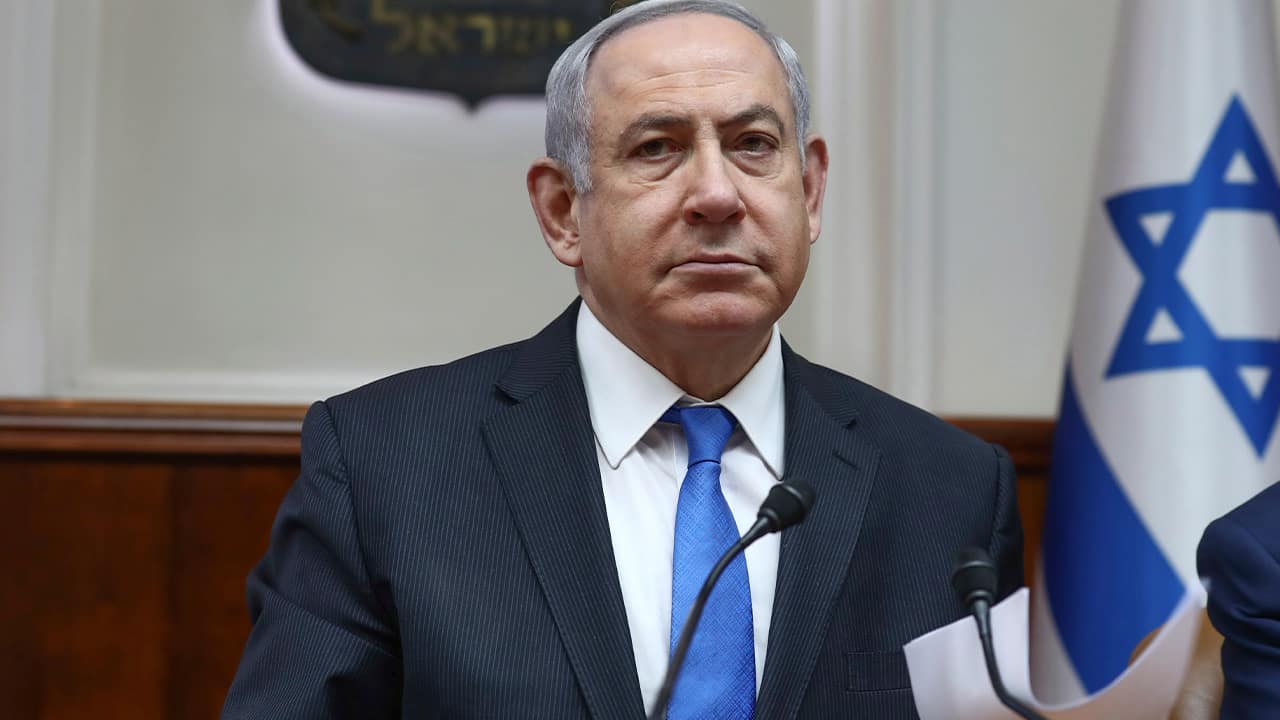 FILE – In this Feb. 16, 2020 file photo, Israeli Prime Minister Benjamin Netanyahu chairs the weekly cabinet meeting, in Jerusalem, Israel finds itself in a familiar place after a tumultuous election campaign, with iconoclastic politician Avigdor Lieberman seemingly in control of the country’s fate. Opinion polls ahead of the March 2 vote show that neither Netanyahu nor his challenger Benny Gantz will be able to form a coalition government without him. Lieberman remains cagey about his intentions, raising the possibility his brinkmanship could end up forcing yet another election.(Gali Tibbon/Pool via AP, File )

Still, Lieberman, who declined interview requests, insists this vote will produce a breakthrough and he’ll be the one to dictate how it all plays out.

“The reality is different. There won’t be another election. This time we will pick a side,” said Eli Avidar, a lawmaker from Lieberman’s party who often serves as his voice to foreign audiences.

“The reality is different. There won’t be another election. This time we will pick a side.” — Eli Avidar, a lawmaker from Lieberman’s party who often serves as his voice to foreign audiences

Avidar, a former diplomat, said that with Netanyahu heading to trial on March 17, other options have emerged across Israel’s fractured political landscape. For starters, Lieberman has indicated a newfound openness to sitting in government with left-wing parties he once shunned and has hinted that other nationalists could follow suit to give Gantz the edge he needs.

Either way, Avidar said that with Iran believed to be pursuing nuclear weapons and a huge deficit to overcome, there was simply too much at stake to risk dragging on the government paralysis any longer.

Israel’s attorney general charged Netanyahu in November on three counts of bribery, fraud and breach of trust. The trial begins two weeks after the election, and just as the new parliament is sworn in and coalition negotiations will be getting under way.

Opinion polls show Likud and Blue and White in a tight race. Unless Likud somehow defies the polls and emerges as the most dominant party, Netanyahu’s precarious legal position will make it difficult for him to form a new coalition.

“It’s not a game,” Avidar said. “The minute Netanyahu shows up to court people will finally realize that it’s over for him and it’s time to move on.”

If this indeed is the end of the road for Netanyahu, it would carry no small degree of irony that Lieberman was the one to finally push him out.

Lieberman started out as a top Netanyahu aide in the 1990s and as Netanyahu’s chief of staff during his first term in office later that decade. He then embarked on a political career of his own as a nationalist hard-liner and champion of fellow former Soviet Union immigrants. Over the next two decades, the pair enjoyed a roller-coaster relationship in which Lieberman held a series of senior Cabinet posts under Netanyahu and often served as a staunch partner and defender, while occasionally emerging as a rival, critic and thorn in Netanyahu’s side.

Lieberman May Have Overplayed His Hand

Lieberman resigned as defense minister in 2018 because Netanyahu kept blocking his plans to strike hard against Gaza militants. He passed up the chance to return to the post following last April’s election when he refused to join Netanyahu’s emerging coalition and forced the do-over vote. He stuck to his guns after the September vote as well and helped prevent Netanyahu from securing the parliamentary immunity he sought to avoid an embarrassing trial.

If, as polls forecast, Netanyahu fails to secure a 61-seat majority in Israel’s parliament, Israel’s longest-ever leader may be out of cards to play.

With another deadlock looming, Lieberman leaves observers pondering what he ultimately hopes to achieve.

Israeli commentator Nahum Barnea said he believes Lieberman isn’t driven by political ambition at this stage, noting he has already held a number of senior Cabinet posts. “There’s nothing out there that truly charms him,” he said. “I think he mostly wants to prove that Israel can have a government without Netanyahu.”

The 61-year-old Lieberman derives most ofhispower from a devout following of both immigrants and native-born Israelis drawn to his straight-talking persona and his dual nationalist-secular credo. Perhaps more than any other Israeli political leader, he exercises complete control over his party. That gives him great leverage in coalition negotiations.

But Barnea says Lieberman may have overplayed his hand by “creating too many enemies” in ruling out both the Arab-led and ultra-Orthodox parties. Even so, polls still have his party as a tipping point that could block Netanyahu from staying in power.

“Lieberman started out as the kingmaker, but he turned into the king-slayer,” Barnea said.