WARSAW, Poland — The museum of the Nazi German Auschwitz death camp is objecting to a scene in a new Amazon TV series that shows a murderous game of human chess being played there, insisting that no such thing took place at the camp.

“If anyone wants to show human tragedy in Auschwitz it is enough to reach for the thousands of sources (survivors’ testimonies) that are deeply shocking, but creating fiction that distorts the history of this real place is disrespectful of the people who suffered here.” — museum spokesman Pawel Sawicki

The museumand memorial that guard the Auschwitz-Birkenau site in southern Poland, its historic facts and the memory of the victims tweeted about the scene in Amazon’s series “Hunters.” It said inventing fake scenes is “dangerous foolishness and caricature,” encourages Holocaust deniers and is disrespectful of the camp’s some 1.1 million victims, including women and children.

The series’ creator, David Weil stressed in a statement it was not a documentary but a narrative with largely fictional characters. As a grandson of Holocaust survivors, Weil said he was careful not to “misrepresent a real person or borrow from a specific moment in an actual person’s life.”

Most of the victims were Jews, but there were also Poles, Roma, Russian prisoners of war and others.They died in the camp’s gas chambers or from starvation, disease and forced labor, or shot by the guards.

Museum spokesman Pawel Sawicki said Monday that authors and artists have a special obligation to tell the truth about Auschwitz, and that the “Hunters” authors did not contact the museum for facts.

“If anyone wants to show human tragedy in Auschwitz it is enough to reach for the thousands of sources (survivors’ testimonies) that are deeply shocking, but creating fiction that distorts the history of this real place is disrespectful of the people who suffered here,” Sawicki told The Associated Press. 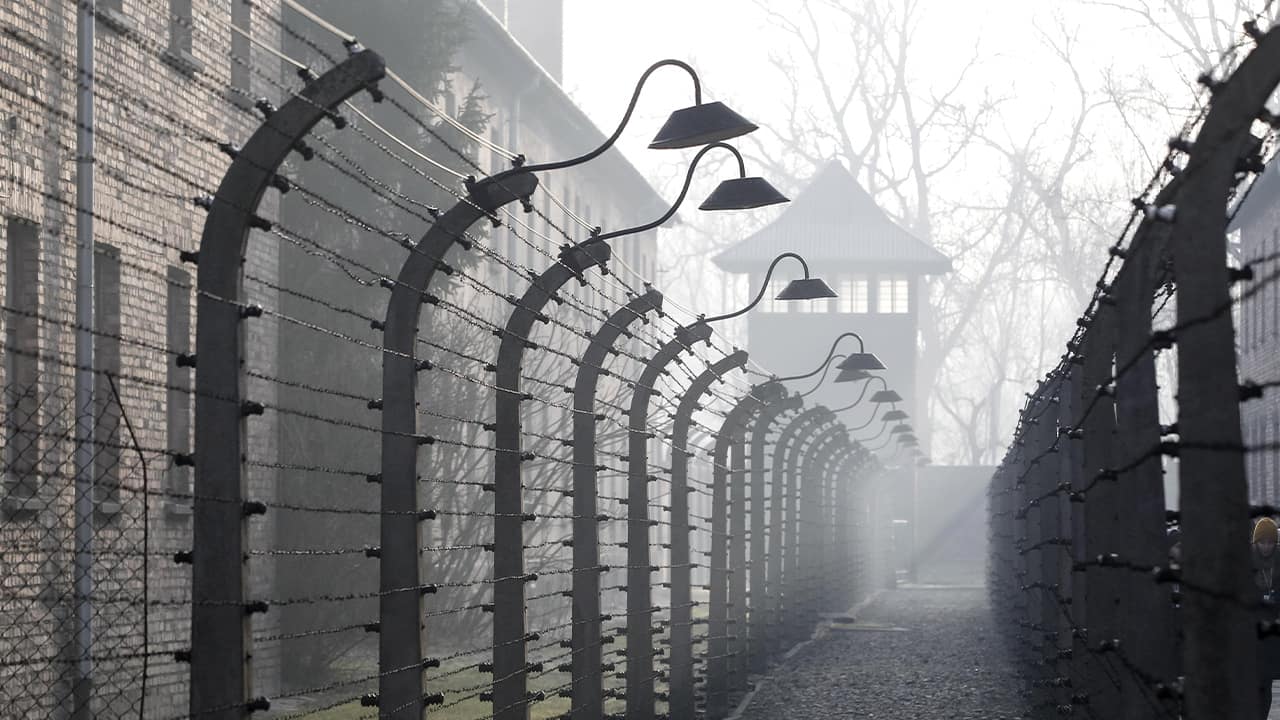 People arrive for commemorations at the Auschwitz Nazi death camp in Oswiecim, Poland, Monday, Jan. 27, 2020. Survivors of the Auschwitz-Birkenau death camp gathered for commemorations marking the 75th anniversary of the Soviet army’s liberation of the camp, using the testimony of survivors to warn about the signs of rising anti-Semitism and hatred in the world today.(AP Photo/Czarek Sokolowski)

He said the museum is always willing to provide factual advice to anyone studying or working on Auschwitz history. More than 2 million people a year visit the site with its historic barracks, the ruins of the gas chambers and a monument to the victims.

“Hunters” is about a postwar hunt in New York for Nazi war criminals. It includes a scene where Auschwitz inmates are figures in a chess game and are killed when they are taken off the chessboard.

“This is false. There was no such thing,” Sawicki said.

Weil, who is also the “Hunters” executive producer, said he used this “fictionalized event” to showcase the “most extreme … sadism and violence that the Nazis perpetrated against the Jews and other victims.”

In his statement he thanked the Auschwitz Memorial for “keeping the memory of victims and survivors like my grandmother, Sara Weil, alive,” and expressed hope for a further dialogue to that purpose.

Nazi Germany operated Auschwitz-Birkenau between 1940 and 1945 when it occupied Poland. Emotional, international observances with the participation of survivors were held last month in Oswiecim to mark 75 years since the Soviet army liberated the camp.