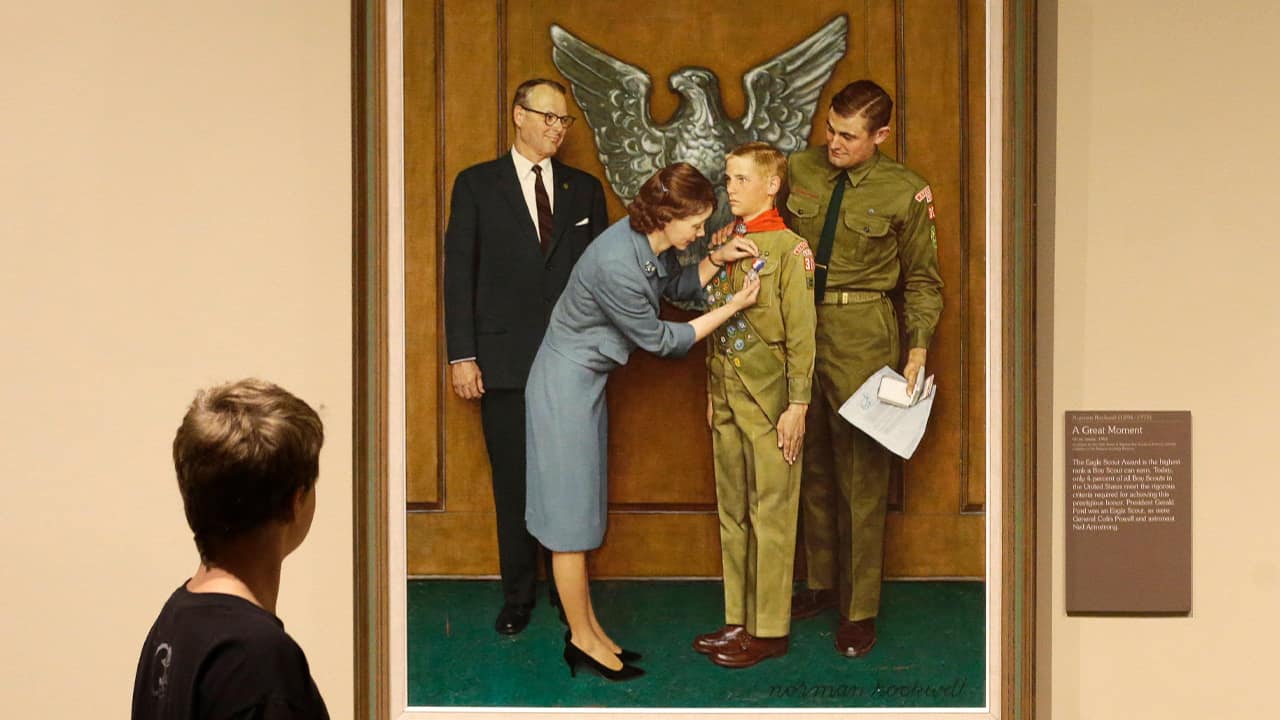 SALT LAKE CITY — Like millions of other Americans in the 1950s and ’60s, Duane Ruth-Heffelbower spent his formative years learning to tie knots, build campfires and pitch tents with the Boy Scouts, whose wholesome, God-fearing reputation was burnished by Normal Rockwell’s magazine-cover paintings of fresh-faced Scouts, brave, courteous and cheerful.

The Local Councils Were Not Included in the Bankruptcy Filing

“Here is where we get the story, the dark history of the Boy Scouts. Will those be in the database?” asked plaintiffs’ attorney James Stang, a veteran of several Roman Catholic diocese bankruptcies.
While some of the files on abusers have been released as the result of previous litigation, victims‘ attorney Michael Finnegan said thousands of names have still not been disclosed.
“Those names should be made public” so that communities are informed and children made safe, Finnegan said.
The local councils, which run day-to-day operations for local troops, were not included in the bankruptcy filing and are considered by the Boy Scouts of America to be legally separate entities.
Paul Mones, a Los Angeles attorney representing several alleged victims, predicted a “huge fight” over the locally held assets, adding that their value easily exceeds $100 million.
“That independence is on paper only,” Mones said of the local councils, adding that the Boy Scouts of America is a “vertically integrated corporation” that exercises considerable influence over the local councils.
U.S. Bankruptcy Judge Laurie Selber Silverstein did not immediately rule on access to the files or how the property of the local councils will be treated.
Another battle is taking shape over what deadline the court will set for victims to file claims for compensation. Victims’ attorneys chafed at the notion of an 80-day deadline, saying men who have suffered need more time. In this Thursday, Dec. 12, 2019 photo, a Boy Scouts troop gathers during their meeting, in Kaysville, Utah. For decades, The Church of Jesus Christ of Latter-day Saints was one of Boy Scouts of America’s greatest allies and the largest sponsor of troops. But on Jan. 1, the Utah-based faith will deliver the latest body blow to the struggling BSA when it implements its plan to pull out more than 400,000 youths and move them into a new global program of its own. This Latter-day Saint-based Boy Scouts troop in Kaysville, though, formed outside the church structure and plans to stick with the Boy Scouts after the church ends its longtime alliance at the end of 2019. (AP Photo/Rick Bowmer)

Stang said the victims have experienced “conscience-shaking” trauma and would be forced to revisit painful memories from childhood in documenting their claims.
“These are not 60-year-old men filling out their claim forms,” he said. “These are 8-year-old children filling out the claim forms.”
Mones called 80 days “wholly insufficient” and said that since the bankruptcy filing lawyers have been fielding calls from “confused, upset and angry men.”
Boy Scouts officials insist that nothing will change for young Scouts and their families, assuring them that local councils are “legally separate, distinct and financially independent from the national organization.” The organization also provided a recommended script for parents trying to explain to their children what’s happening.
The bottom line: “There’s nothing to be worried about. A Scout is always prepared, and the BSA is well-prepared.”
George Kain III, a longtime scoutmaster in York, Pennsylvania, said he doesn’t think bankruptcy will have a huge effect on local Scouting organizations. Kain, a retired lawyer who has been with the Scouts for 60 years, said plaintiffs’ lawyers would have to show a connection between the alleged abuse and a local council’s assets.
“There may well be situations where that’s the case, but at the moment we’re not there yet,” Kain said. “I think that Scouting as the rank-and-file Scouts know it will continue.”

‘It’s Something They Had to Do to Make Things Right’

For a variety of reasons, the number of youths taking part in Scouting has dropped below 2 million, down from a peak of more than 4 million during the 1970s.

Related Topics:bankruptcyBoy Scouts
Up Next

'Black in Space' Looks at Final Frontier of Civil Rights