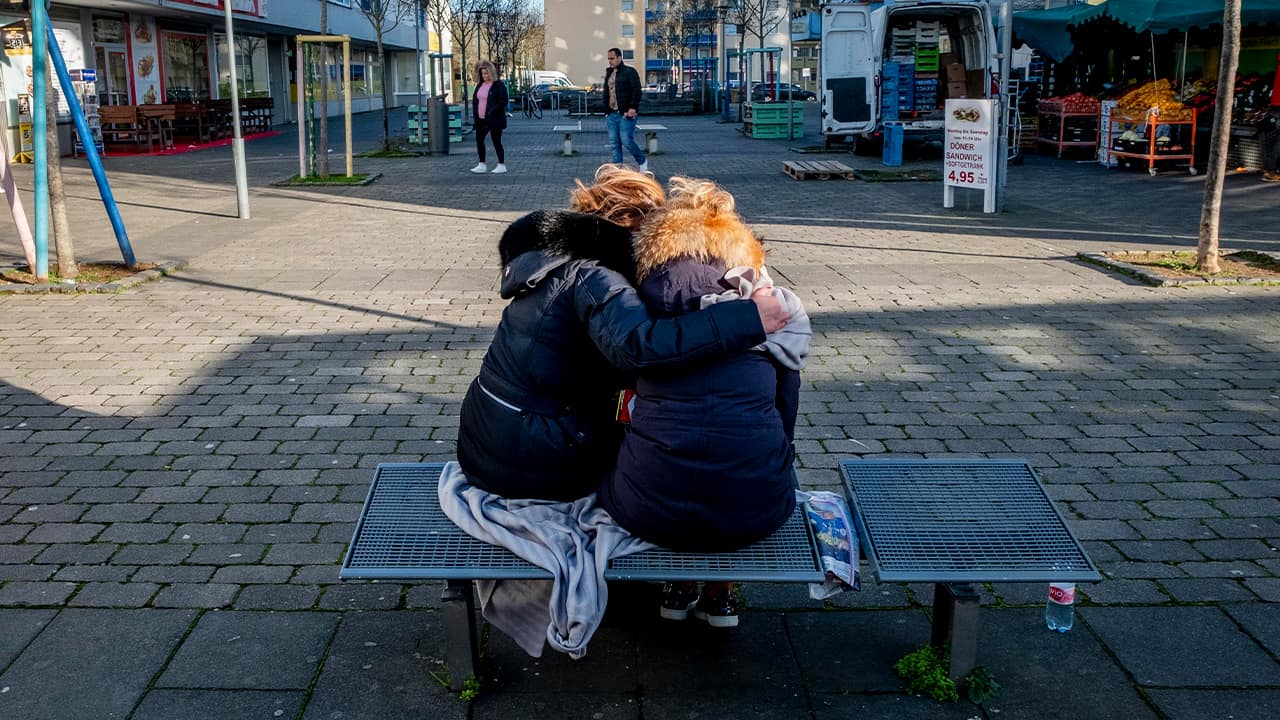 HANAU, Germany — Piter Minnemann and his friends were eating when they heard shots fired outside the door of the snack bar in Hanau where they had gathered. Piter Minnemann poses for a photograph on Friday, Feb. 21, 2020, in front of the snack bar where several people were killed in Hanau, Germany. (AP/Michael Probst)

Minnemann, 18, recalled that he had just got his pizza when the first shots were heard at the Arena Bar. It was the second site targeted in Wednesday night’s shooting of nine people by a German man who had posted an online rant calling for the “complete extermination” of many “races or cultures in our midst.”
“We thought it was a blank gun or something. We thought nothing of it,” he said. “Then the man came in, he fired.”
The gunman shot two people before coming into the bar, where “he aimed right at us — he shot the first one in the head,” Minnemann said.
A pregnant woman jumped out of the window, he said.
“He came, fired, emptied his magazine, then everything was quiet, then he walked out normally,” he recalled. “I opened my eyes, I saw that I was alive, I was happy. I asked if people were OK but Edris — I don’t know if he’s still alive but I think he survived — he had a hole in his throat and he said, ‘I’ve been hit, I’ve been hit,’ my other friend Momo was hit in the shoulder.”
In all, Hanau native Minnemann said he lost four or five “friends I have known for years.”

He spoke to The Associated Press next to a statue of the Brothers Grimm, the collectors of folk and fairy-tales who hailed from Hanau, in the town’s main square. That memorial is now festooned with flowers and candles in memory of Wednesday night’s victims.
“I still can’t believe it, in some situations it’s as if nothing happened, but when I see the people crying, when I see this, then it becomes true again, … then you see that it is real,” he said. “But otherwise, I can’t believe that this happened to us, us of all people, in the very place where we are every day, where we chill out every day.” Flowers and candles are set around a monument for the brothers Grimm, Hanau’s best known sons, on the market place in Hanau, Germany. (Nicolas Armer/DPA via AP)

“I thought it was some kind of gang stuff at first,” Minnemann said. He recalled that there were 12 or 13 people at the scene at the time of the shooting. Many others died, he said — “I was very lucky.”
Another witness of the shooting at the Arena Bar told Turkey’s Haber television that he and his friends heard five or six shots outside before the gunman entered.
“He shot the first people he saw in the head. A man fell to the floor,”Muhammed Beyazkender, who was lying in his hospital bed with a bandaged shoulder, said on Thursday. “Then he fired at all of us. I got shot in the arm while I tried to hide behind the wall.”
Beyazkendersaid he lay on the floor on top of someone, and someone then lay on top of him, and someone else then on top of him.
“There was a kid underneath me with a hole in his throat,” he said. “The kid said to me: ‘my brother, I cannot feel my tongue; I cannot breathe.’ I said to him, recite the Kalima Shahadat prayer (from the Quran). He recited the Kalima Shahadat, he called on everyone to recite it. There was no other sound, just the two of us. I didn’t see him escape or anything.”

16 Cruise Ship Evacuees Being Moved to US Hospitals

US, Taliban to Begin a Countdown to Afghan Peace Deal