16 Cruise Ship Evacuees Being Moved to US Hospitals 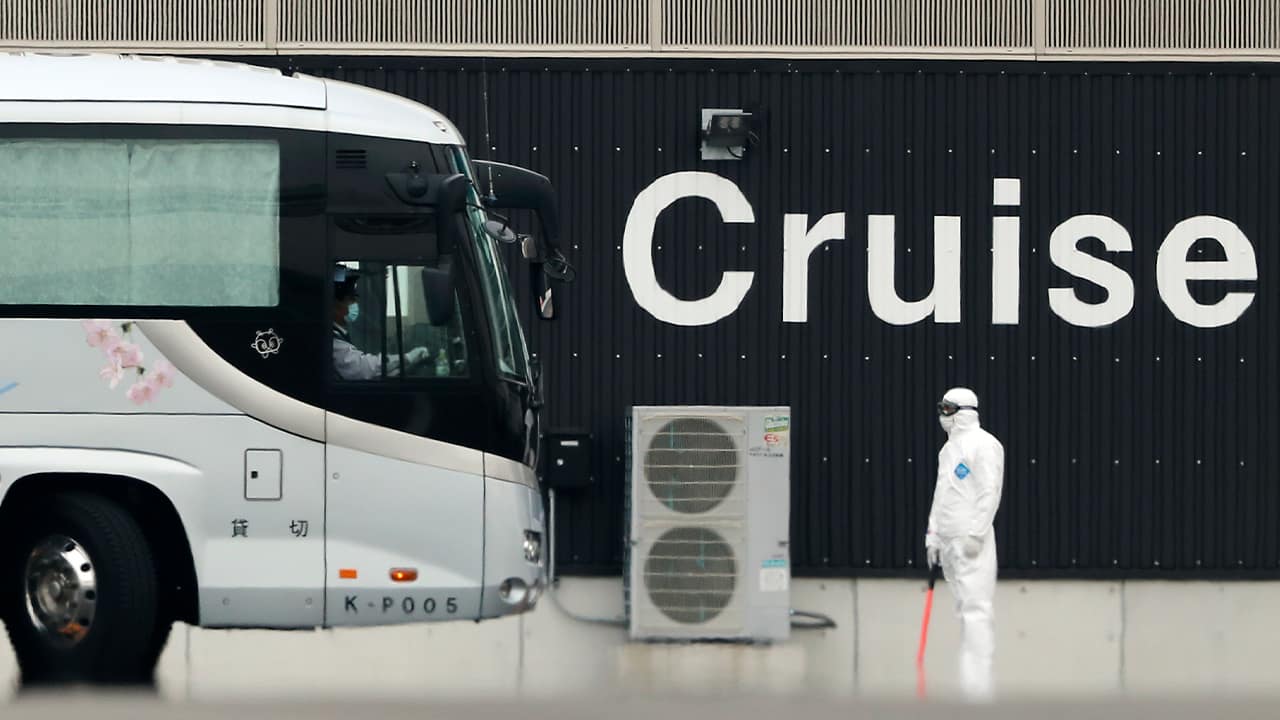 SEATTLE — Eleven Americans who were brought to the U.S. from a quarantined cruise ship have been moved to hospitals, because delayed Japanese test results showed they had the new virus that caused an outbreak in China, officials said Thursday.
Five other people from the ship have shown symptoms of the virus and have also been taken to hospitals, said Scott Pauley, a Centers for Disease Control and Prevention spokesman.
The patients had all been staying at Travis Air Force Base in California since being flown to the U.S. over the weekend. Pauley said test results for the cruise ship passengers have continued to trickle in from Japan even after their return to the U.S.
None of the 16 newly hospitalized former passengers had confirmed CDC tests, so the federal agency was not saying they were positive for coronavirus.
Four of the ex-passengers were being brought to a hospital in Spokane, Washington, officials said. Pauley declined to say where the others were taken.
Two patients arrived at the Sacred Heart Medical Center in Spokane on Thursday in satisfactory condition with two more expected soon, said Christa Arguinchona, who manages the hospital’s special isolation unit. The hospital is one of 10 in the nation funded by Congress to treat new or highly infectious diseases. People wear masks as they commute during the morning rush hour Thursday, Feb. 20, 2020, in Chuo district in Tokyo. A viral outbreak that began in China has infected more than 75,000 people globally. More than 1,000 cases have been confirmed outside mainland China. Most of the cases outside China involve people from a cruise ship quarantined at a Japanese port. (AP Photo/Kiichiro Sato)

More Than 300 Americans on the Ship Were Flown Home

“The risk to the community from this particular process is zero,” Bob Lutz of the Spokane Regional Health District said at a hospital briefing Thursday.


“The risk to the community from this particular process is zero.” — Bob Lutz of the Spokane Regional Health District
When it docked in Japan, the Diamond Princess was put under quarantine. But more than 600 passengers and crew have been infected with the coronavirus that has caused a large outbreak in China. The virus causes a flu-like illness and can lead to pneumonia.
More than 300 Americans on the ship were flown home on U.S.-chartered airplanes over the weekend and were placed in quarantine.
At the time of the evacuation, officials said 14 had tested positive for the virus in Japan and were separated from other passengers on the flight back to the U.S. Thirteen of them were brought to a hospital in Omaha, Nebraska.
On Thursday, University of Nebraska Medical Center saidthe CDC had confirmed that 11 of the 13 had tested positive for the virus. The hospital said only a few of the patients were showing symptoms of the disease.

In California, More Than 115 People Ended Their Quarantines This Week

Previously, hundreds of Americans were evacuated from the central China city of Wuhan, the epicenter of the outbreak, and most have completed two weeks in quarantine in the U.S.
In California, more than 115 people ended their quarantines this week at a pair of military bases. One person at Marine Corps Air Station Miramar near San Diego tested positive for coronavirus and remains at a local hospital. Another in close contact with that person remains under quarantine.
Also, 57 Americans who were held at a Nebraska National Guard camp left Thursday, with all in good health. They’ve not been asked to wear masks or take any other health measures, said Joe Smith, a spokesman for the CDC.
“There is no need. These are healthy people,” he said.
Fifteen cases of the virus have been diagnosed in the U.S., mostly travelers who became ill after returning from earlier trips to China. The first reported case of the virus in the U.S. was a Washington state resident.
Other Americans have since been diagnosed while in Asia.