The confidence voiced by China’s government came as it reported a reduced number of new infections. But doubts remained about the true trajectory of the epidemic as China again changed its method of counting and new threats emerged outside the country. 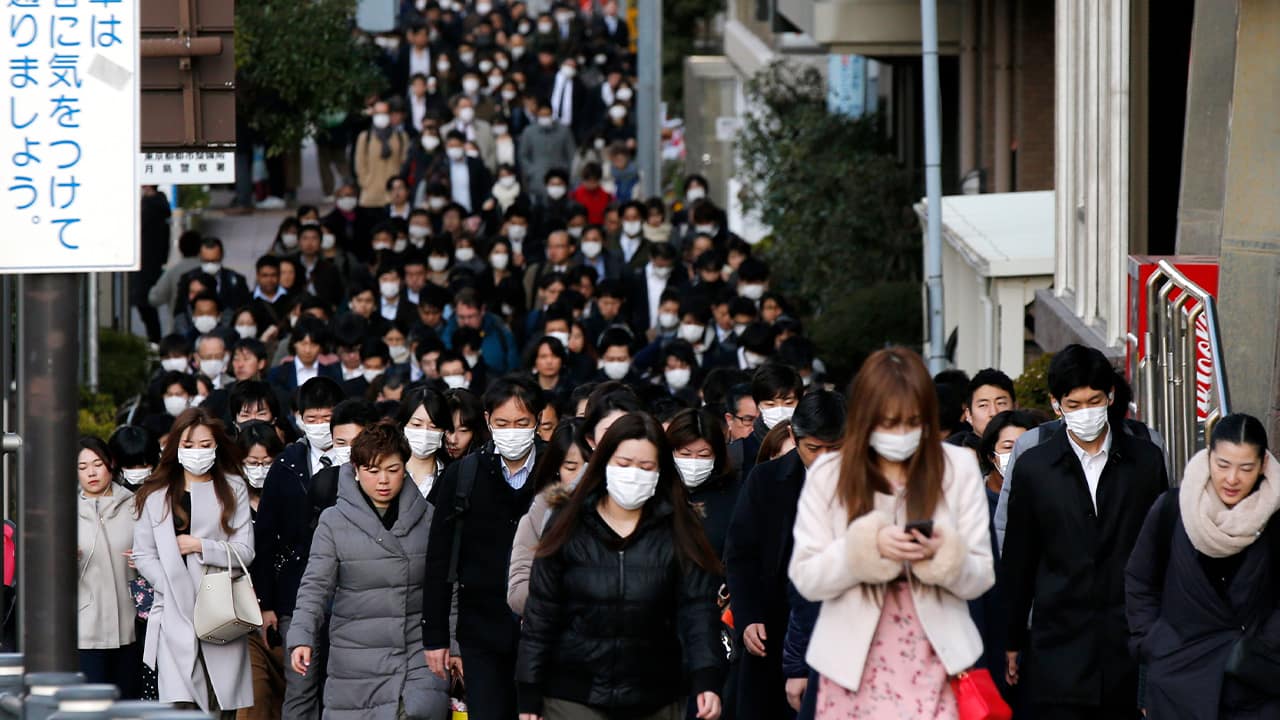 People wear masks as they commute during the morning rush hour Thursday, Feb. 20, 2020, in Chuo district in Tokyo. (AP/Kiichiro Sato)

“The downward trend will not be reversed,” insisted Ding Xiangyang, deputy chief secretary of the State Council and a member of the central government’s supervision group.

Whatever promises were aired where the illness poses its biggest threat, countries around the world continued to grapple with the rippling effects. The latest front in the widening global fight against COVID-19 emerged in Daegu, South Korea, where the city’s 2.5 million residents were urged to stay inside, wearing masks even indoors to stem further infection.

Mayor Kwon Young-jin made a nationally televised appeal for those preventative measures, warning that a rash of new cases could overwhelm the health system. He pleaded for help from the country’s central government.

Daegu and surrounding towns reported 35 new cases of the coronavirus on Thursday.

The flare-up came more than 900 miles from COVID-19’s epicenter across the Yellow Sea in China’s Hubei province and its capital of Wuhan, a sign of the risks the virus potentially poses to communities across the region and beyond.

“Everything that is not known about this is causing concern,” said Dr. David Heymann, a professor of infectious disease epidemiology at the London School of Hygiene and Tropical Medicine.

Though all but about 1,000 of more than 75,000 reported cases of COVID-19 have been recorded in China, scattered cases have erupted elsewhere. 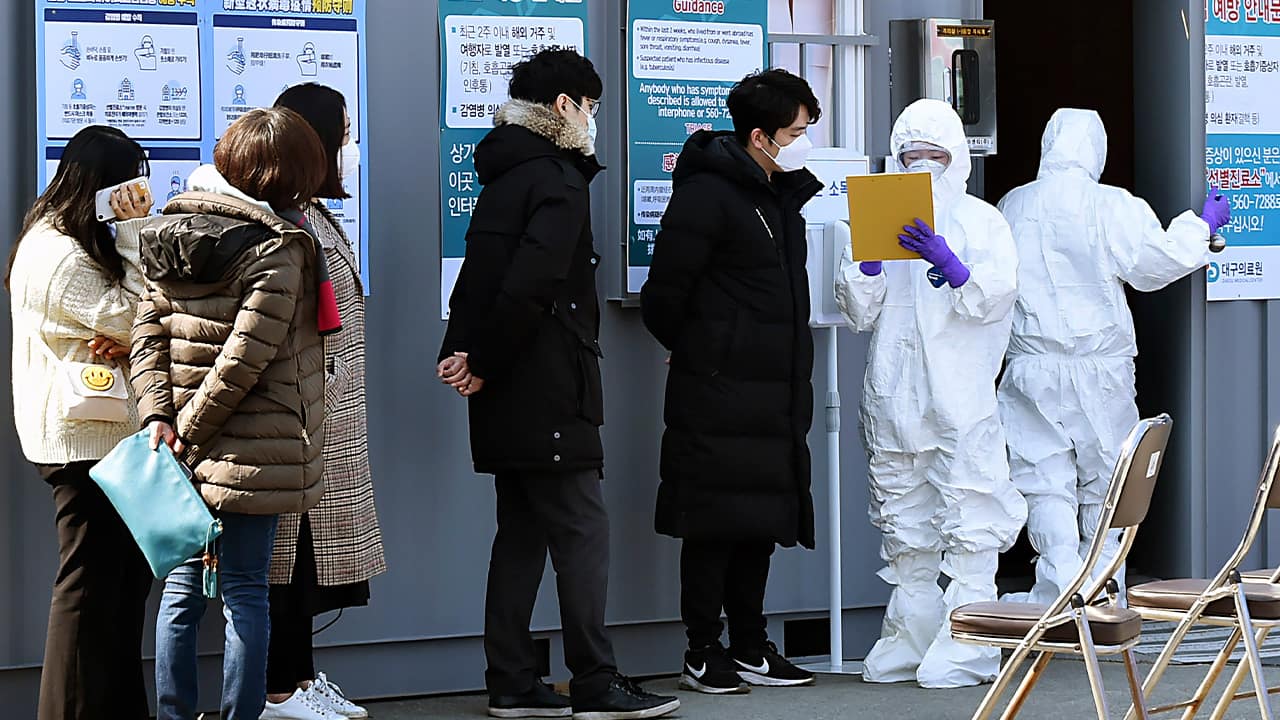 People suspected of being infected with the new coronavirus wait to receive tests at a medical center in Daegu, South Korea, Thursday, Feb. 20, 2020. (Lee Moo-ryul/Newsis via AP)

Iran announced three more infections Thursday, a day after the country’s state-run news agency, IRNA, reported its first two deaths stemming from the virus. In addition, South Korea reported its first fatality and Japan said two former passengers of the Diamond Princess cruise ship had died of the illness, bringing the death toll there to three.

Other deaths confirmed by the World Health Organization outside mainland China include two in Hong Kong and one each in France, the Philippines and Taiwan.

The trajectory of the outbreak remained clouded by China’s zigzagging daily reports of new cases and shifting ways of tallying them.

The number of new cases in China declined again Thursday, to 394, a notable shift from the 1,749 figure released a day earlier. Another 114 deaths in China were linked to the virus.

But those statistics came after yet another change in how cases are counted.

Last week, China’s National Health Commission said officials in Hubei would record new infections without waiting for laboratory test results, relying instead on doctors’ diagnoses and lung imaging. On Thursday, though, it returned to its prior way of counting, a decision sure to aggravate observers who say consistency is key to understanding COVID-19’s path.

The health commission said it was reducing its count of infections by 279 after lab tests found they had wrongly been included in the tally.

Cities in Hubei with a combined population of more than 60 million have been under lockdown since the Lunar New Year holiday. Authorities halted nearly all transportation and movement except for quarantine efforts, medical care, and delivery of food and basic necessities. “Wartime” measures were implemented in some places, with residents prevented from even leaving their apartments.

The stringent moves have followed public fury over Hubei authorities’ handling of the outbreak at its outset. The risk of human-to-human transmission was played down and doctors who tried to warn the public were reprimanded by police. Wuhan residents reported overcrowding in hospitals and futile attempts to seek treatment.

Many countries have also set up border screenings and airlines have canceled flights to and from China to prevent further spread of the disease, which has been detected in about two dozen countries.