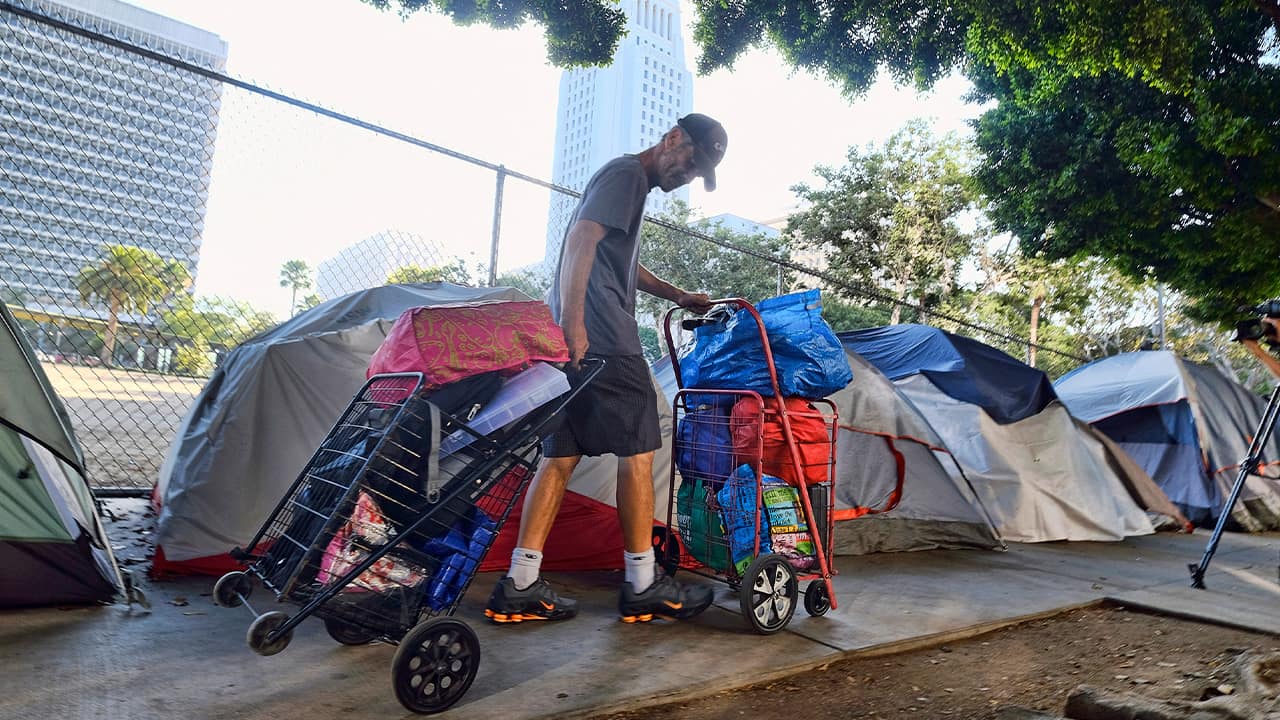 LOS ANGELES — Los Angeles city and county officials on Tuesday announced a new strategy to speed the process of getting homeless people into permanent housing that is modeled on the federal government’s response to natural disasters.

Since the launch in December, officials have identified some 3,000 potential housing units that were previously not part of the overall inventory, Marston said.
The central command is a major step toward restructuring a response system overseen by LAHSA that also includes housing and development authorities, the mayor’s office and health departments.
“We have a high number of people who need to be rehoused rapidly,” Marson said of the situation in greater Los Angeles, where officials have declared homelessness a state of emergency. Including crisis-response experts on a day-to-day basis shows that officials are treating the problem with the urgency it deserves, she said.
In its 2019 count, the authority reported that there were close to 60,000 homeless people living in LA County, with more than 36,000 of them in the city. All but about 25% live on the streets.
Freeway overpasses are lined with tents, and it’s a common sight to see someone pushing a shopping cart filled with belongings through downtown.
According to LAHSA and Mayor Eric Garcetti’s office, an average of 130 homeless people in Los Angeles move into housing daily. However, an average of 150 people become homeless every day.
“The homelessness crisis demands an emergency response, and moving the needle means being nimble, flexible and creative with our resources,” Garcetti said in a statement praising the new strategy.

Through the new process, officials also discovered $30 million of a $107 million grant from HUD to Los Angeles in 2017 had gone unspent within a calendar-year deadline, LAHSA said.

Related Topics:homelessLos Angeles
Up Next