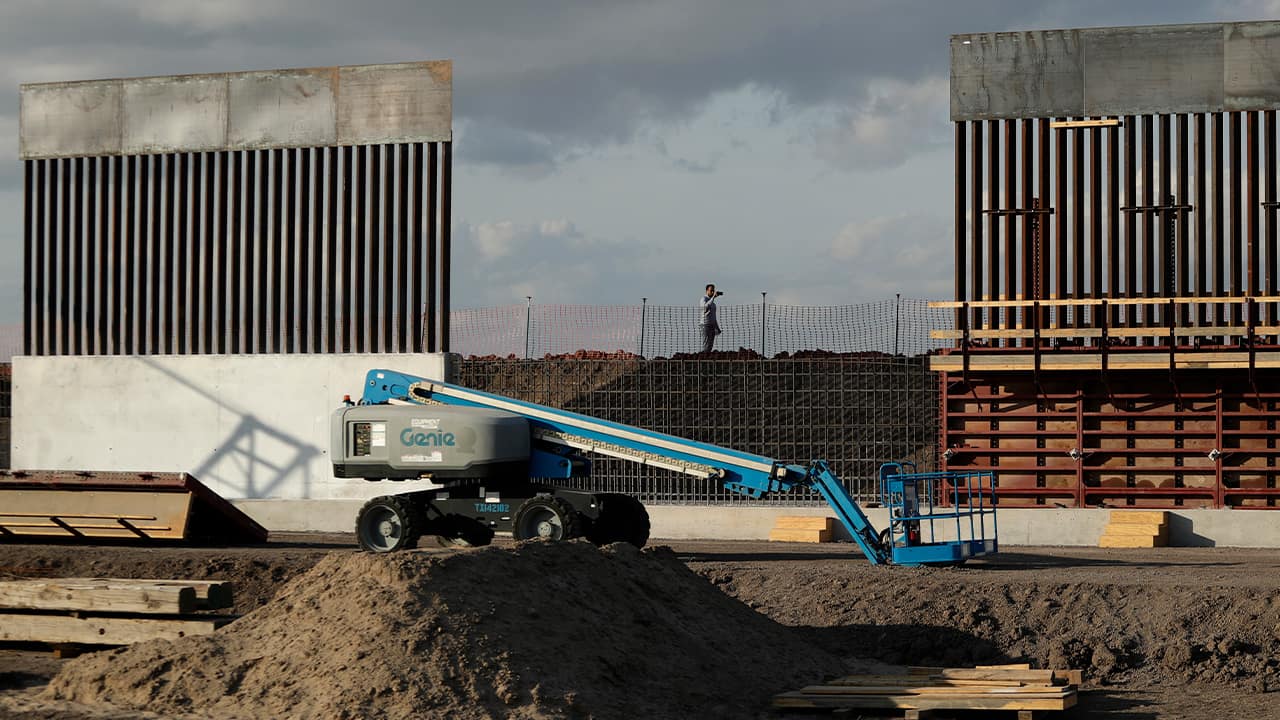 SAN DIEGO — The Trump administration said Tuesday that it will waive federal contracting laws to speed construction of a wall at the U.S.-Mexico border. President Donald Trump displays photos of the border wall under construction as he speaks to members of the National Border Patrol Council at the White House in Washington, Friday, Feb. 14, 2020. (AP Photo/J. Scott Applewhite)

The Move Is Expected to Spark Criticism

“Under the president’s leadership, we are building more wall, faster than ever before,” the department said in a statement.
The move is expected to spark criticism that the Trump administration is overstepping its authority, but legal challenges have failed. In 2018, a federal judge in San Diego rejected arguments by California and environmental advocacy groups that the secretary’s broad powers should have an expiration date. An appeals court upheld the ruling last year.
Congress gave the secretary power to waive laws in areas of high illegal crossings in 2005 in a package of emergency spending for wars in Iraq and Afghanistan and minimum standards for state-issued identification cards. The Senate approved it unanimously, with support from Joe Biden, Barack Obama and Hillary Clinton. The House passed it with strong bipartisan support; then-Rep. Bernie Sanders voted against it.
The waivers, to be published in the Federal Register, apply to projects that the U.S. Army Corps of Engineers will award in six of nine Border Patrol sectors on the Mexican border: San Diego and El Centro in California; Yuma and Tucson in Arizona; El Paso, which spans New Mexico and west Texas, and Del Rio, Texas.
The administration said the waivers will apply to contractors that have already been vetted. In May, the Army Corps named 12 companies to compete for Pentagon-funded contracts.
The Army Corps is tasked with awarding $6.1 billion that the Department of Defense transferred for wall construction last year after Congress gave Trump only a fraction of the money. The administration has been able to spend that money during legal challenges.