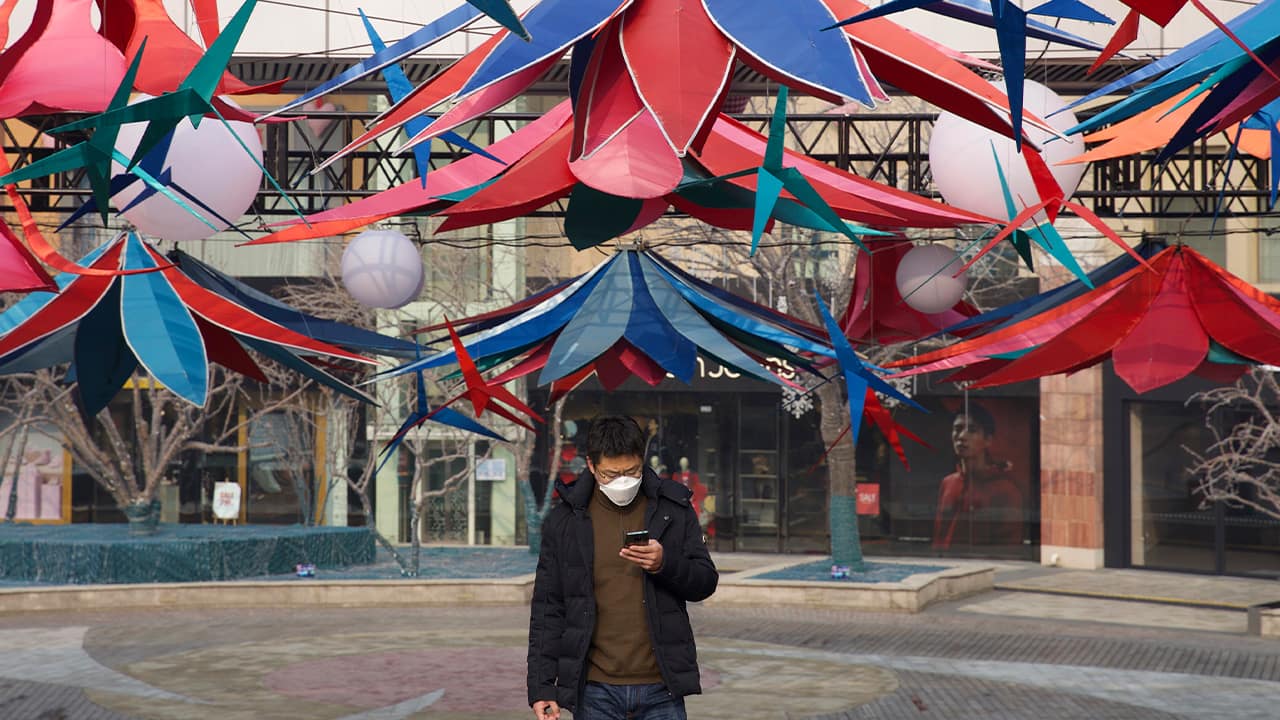 BEIJING — The number of new cases of the coronavirus in China dropped for a second straight day, health officials said Wednesday in a possible glimmer of hope amid the outbreak that has infected over 45,000 people worldwide and killed more than 1,100.
Chinese President Xi Jinping, meanwhile, promised tax cuts and other aid to industry as the ruling Communist Party tries to limit the mounting damage to the economy. And in Japan, 39 new cases were confirmed on a cruise ship quarantined at Yokohama, bringing the total to 174 on the Diamond Princess.
A look at the latest developments in the crisis, which started in December in the city of Wuhan:

The number of new cases has trended down in the past week, raising hopes that the epidemic may be plateauing.
China’s National Health Commission said 2,015 new cases had been tallied on Tuesday, the second straight daily decline and down from nearly 3,900 a week ago. Commission spokesman Mi Feng said the situation is still grim but “we have seen some positive changes.” In this photo released by Xinhua News Agency, workers produce face masks in the workshop of a textile company in Jimo District of Qingdao in eastern China’s Shandong Province on Wednesday, Feb. 12, 2020. Qingdao Municipal Bureau of Industry and Information Technology has mobilized two large textile companies to produce face masks to help the fight against the novel coronavirus epidemic. (Liang Xiaopeng/Xinhua via AP)

China is struggling to restart its economy after the annual Lunar New Year holiday was extended to try to curb the spread of the virus. Traffic remained light in Beijing, and many people were still working at home.
Xi’s announcement of tax cuts came as companies face increasing losses because of the closing of factories, offices, shops and other businesses in the most sweeping anti-disease measures ever imposed.
A large cluster of cases in Tianjin, a port city southeast of Beijing, has been traced to a department store, Chinese state media said. One-third of Tianjin’s 104 confirmed cases are in Baodi district, where the store is situated, the Xinhua News Agency reported.
A salesperson in the store’s home appliance section was the first diagnosed on Jan. 31, Xinhua said, and a series of cases followed. None of those infected had visited Wuhan recently, and with the exception of one married couple, they worked in different sections of the store and did not know one another.
Elsewhere around the world, DBS bank in Singapore cleared its office, telling 300 employees to work from home after it learned that an employee had been infected. The city-state has 50 confirmed cases.
A Formula One race in Shanghai in April became the latest event canceled because of the virus. Nokia, Vodafone and Deutsche Telekom became the latest companies to pull out of a major wireless trade fair this month in Spain that usually draws 5,000 to 6,000 Chinese visitors.


Related Story: Nearly 200 Evacuees to Leave Coronavirus Quarantine in US In this Tuesday, Feb. 11, 2020, photo released by China’s Xinhua News Agency, a police officer operates a drone carrying a QR code placard near an expressway toll station in Shenzhen in southern China’s Guangdong Province. As a measure to help prevent and control novel coronavirus, an online register system for vehicles coming back to Shenzhen has been put into use since Feb. 8. To increase the efficiency, local police officers used drones to carry a QR code at the expressway exits for drivers to get registered with less contact with other people. (Lai Li/Xinhua via AP)

A citizen journalist reporting on the epidemic in Wuhan has disappeared, activists said, becoming the second to vanish in recent days amid tightening controls on information in China.

Passengers aboard a cruise ship that has been barred from docking by four governments may finally set foot on land again.
Holland America Line said the MS Westerdam will arrive Thursday morning in Sihanoukville, Cambodia. The ship has been turned away by the Philippines, Taiwan, Japan and Thailand, though its operator said no cases of the disease have been confirmed among the more than 2,200 passengers and crew. A man walks through a disinfectant spray in order to return home at a residential complex in northern China’s Tianjin Municipality Tuesday, Feb. 11, 2020. China’s daily death toll from a new virus topped 100 for the first time and pushed the total past 1,000 dead, authorities said Tuesday after leader Xi Jinping visited a health center to rally public morale amid little sign the contagion is abating. (Chinatopix Via AP)

Two Russian women who were kept in isolation for possible inflection by the virus say they escaped from Russian hospitals because of uncooperative doctors, poor conditions and fear they would become infected.
Both women said their hospital ordeals began after returning from Hainan, a tropical island in southern China popular with Russian tourists. One said she jumped out of a hospital window to escape her quarantine, while the other broke out by disabling an electronic lock.
Many of those quarantined in Russian hospitals have complained about conditions in the isolation rooms and lack of cooperation from doctors who are uncertain about quarantine protocols.
Two cases of the virus have been reported in Russia.

No Evidence yet of Mother-To-Baby Spread

In a study published Wednesday in the journal Lancet, Chinese scientists reported there is no evidence so far to suggest the virus can be passed from mother to baby.
The study looked at nine pregnant women who all had the COVID-19 virus and delivered via cesarean section in a hospital in Wuhan, the epicenter of the outbreak. After the babies were born, scientists tested samples from the newborns, including the amniotic fluid, cord blood and throat swabs. All tested negative for the virus.
But the scientists acknowledged the study was small.
To date, two cases of the virus have been confirmed in babies, including a newborn diagnosed just 36 hours after birth. It is unknown how the child was infected.