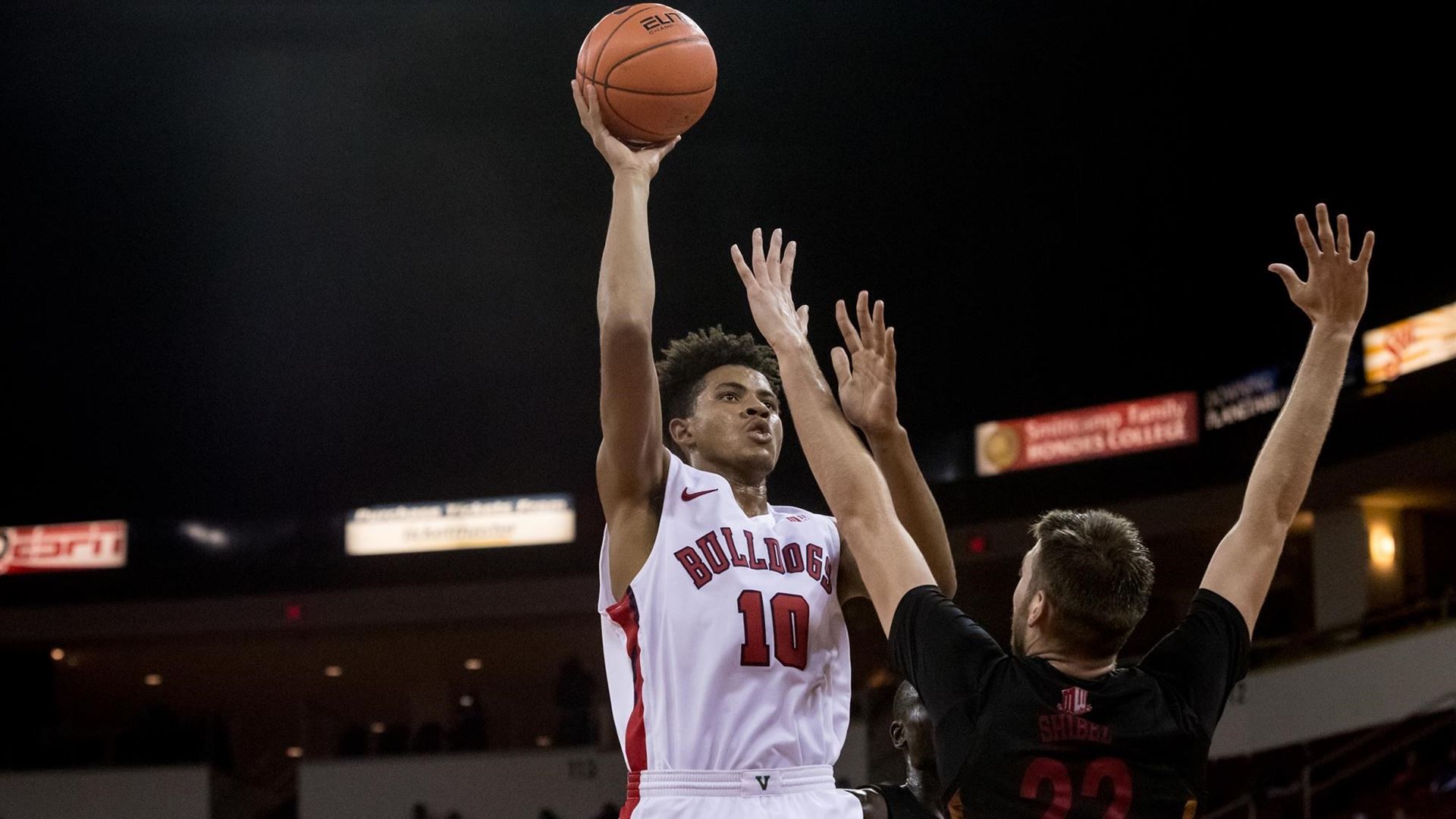 LAS VEGAS — Marvin Coleman made a shot that banked off the backboard with 1 second left as UNLV rallied for a 68-67 men’s basketball victory over Fresno State on Saturday.

Fresno State led 23-22 at halftime and used a Noah Blackwell 3-pointer to grab a 67-64 lead with 54 seconds left to play.
But Hardy scored on a layup with 39 seconds to go to pull UNLV within a point. New Williams then missed a 3-pointer for the Bulldogs with 17 seconds left. And, Cheikh Mbacke Diong grabbed the rebound and got the ball to Tillman who fed Coleman for the game-winner and his only basket of the game.

Bulldogs’ Strategy at the End

“New has made big shots. Noah moved it. It got back to Nate, Nate moved it to New. New had a good look. He could have maybe turned the corner and got in the paint, but he had a good look,” said Fresno State coach Justin Hutson. “If that goes in, we win. Sometimes, it’s as simple as that.”
Freshman Orlando Robinson topped Fresno State (8-16, 4-9) with 24 points, while Blackwell and reserve Niven Hart scored 15 apiece.

The boxscore is at this link.

Fresno State plays at San Jose State (7-17, 3-9) ) on Wednesday. The Bulldogs defeated the Spartans, 79-64, on Jan. 4 at the Save Mart Center.
The Mountain West standings are at this link.