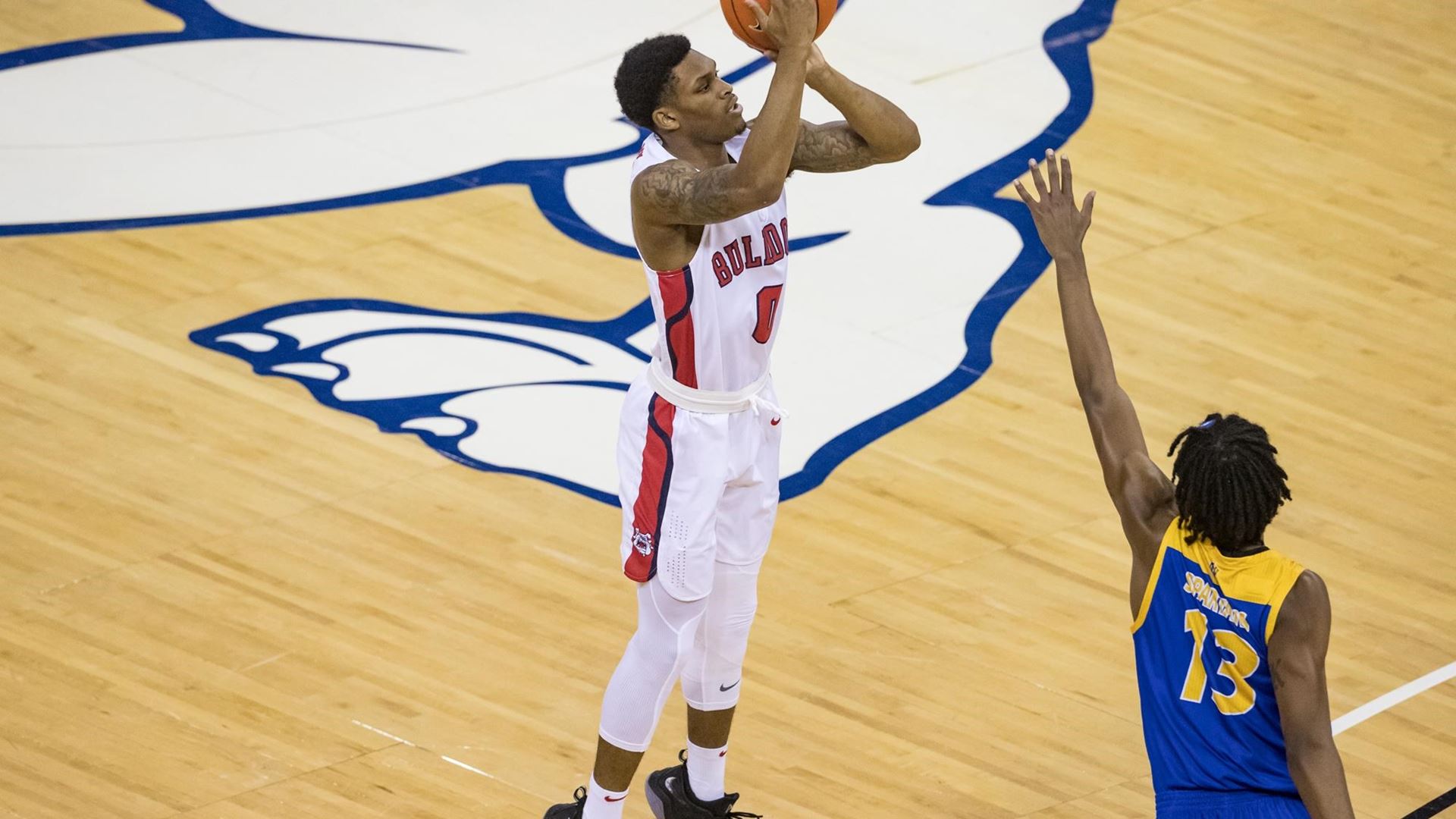 This time, the Fresno State men’s basketball team made sure the game wasn’t close.

Senior guard New Williams scored a career-high 32 points and freshman forward Orlando Robinson had a double-double as Fresno State cruised past San Jose State 79-64 Saturday. Listen to this article:
Robinson had 23 points and 14 rebounds, Anthony Holland added 12 points, and Aguir Agau had six rebounds for the Bulldogs, who secured their first Mountain West victory of the season.
With the homecourt win, Fresno State improved to 5-10 overall and 1-3 in the Mountain West.
The Bulldogs have lost six games decided by a single possession or in overtime this season.

“We took good shots and we took care of the ball. We had nine turnovers and 20  assists. Obviously with New making threes is always a big difference,” said Bulldogs coach Justin Hutson.

Back on the Road for Bulldogs