Upset at being fired, 27-year-old Jose Ramos allegedly stabbed the owner of the Yosemite Hemp Co. in the neck Thursday evening. 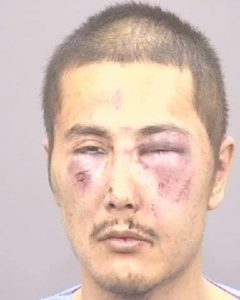 But the violence at the business in Friant didn’t end there. The owner’s brother then “beat up” Ramos, according to the Fresno County Sheriff’s Office.
The 42-year-old owner, Kelly Richardson, was airlifted to the hospital. Ramos was taken by ambulance to the hospital as well.
Richardson was treated and released, as was Ramos.

Meanwhile, Ramos was arrested for assault with a deadly weapon.
The sheriff’s office said that Richardson’s brother won’t face charges because he acted in defense of Richardson.

Discount for a Get-Well Card