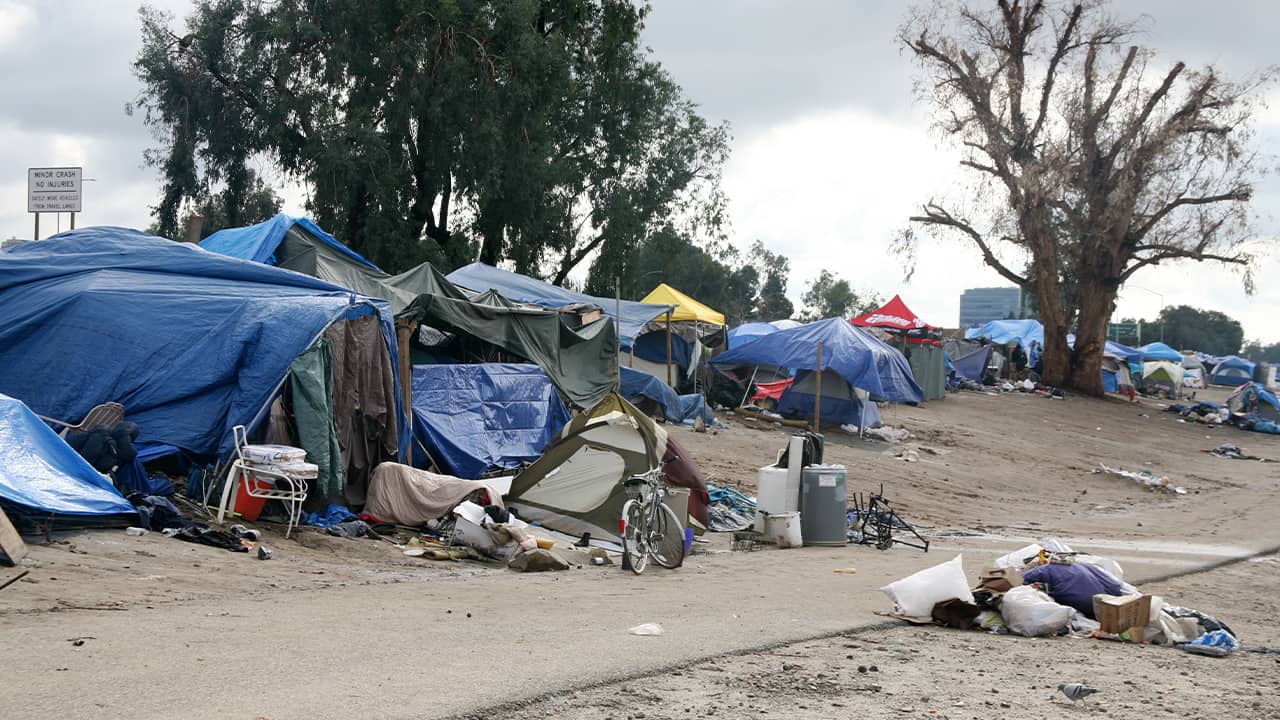 Los Angeles Times Subscription
SANTA ROSA — No one looked happy to be on the Joe Rodota Trail in Sonoma County last week — not the homeless people who had built a miles-long encampment, not the park rangers tasked with making sure they left and not the police officers sent as backup.


Related Story: Where Should Fresno's Homeless Go? Arias and Dyer Duke It Out.

Last summer, more than 250 people with no place else to go — veterans, elderly women and men, teenagers, parolees and addicts — started building this shantytown, complete with its own economy, including a bike parts salesman and a “credit card lady.” Residents said there was a sense of community, safety and comfort there. Though plagued by violence, thievery and a heroin-fentanyl mix called red rock, there were rules in what they called “Camp Rebel: No Longer Sorry.”
But the families and commuters who used to walk and bike under the oaks and redwoods on the trail were gone, warned away by fears of crime and rats rumored to be the size of cats. And so the Sonoma County Board of Supervisors ordered the camp closed by the end of January.
Read More →

Was U.S. Wrong About Attack That Nearly Started a War With Iran?