Aide Who Testified Against Trump Escorted out of White House 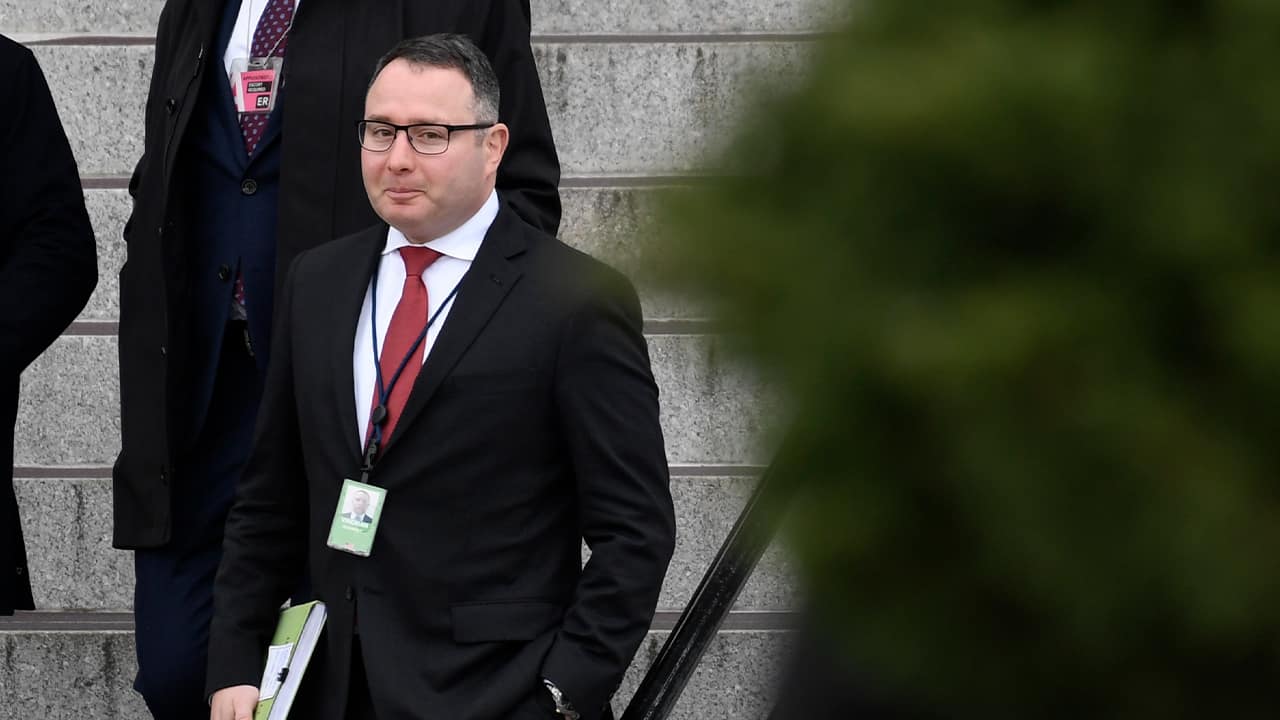 WASHINGTON — The decorated soldier and national security aide who played a central role in the Democrats’ impeachment case against President Donald Trump was escorted out of the White House complex on Friday, according to his lawyer, who said he was asked to leave in retaliation for “telling the truth.”
“He did what any member of our military is charged with doing every day: he followed orders, he obeyed his oath, and he served his country, even when doing so was fraught with danger and personal peril,” Pressman said. “And for that, the most powerful man in the world — buoyed by the silent, the pliable, and the complicit — has decided to exact revenge.”
“The truth has cost Lt. Col. Alexander Vindman his job, his career, and his privacy,” David Pressman, an attorney for Vindman, said in a statement.


“He did what any member of our military is charged with doing every day: he followed orders, he obeyed his oath, and he served his country, even when doing so was fraught with danger and personal peril. And for that, the most powerful man in the world — buoyed by the silent, the pliable, and the complicit — has decided to exact revenge.” — David Pressman, an attorney for Vindman
The White House did not respond to Pressman’s accusation.
“We do not comment on personnel matters,” said John Ullyot, spokesman for the National Security Council, the foreign policy arm of the White House where Vindman was an expert on Ukraine.
Vindman’s status had been uncertain since he testified that he didn’t think it was “proper” for Trump to “demand that a foreign government investigate” former Vice President Joe Biden and his son’s dealings with the energy company Burisma in Ukraine. Vindman’s ouster, however, seemed imminent after Trump mocked him Thursday during his post-acquittal celebration with Republican supporters in the East Room and said Friday that he was not happy with him.
“I’m not happy with him,” Trump told reporters on the South Lawn of the White House. “You think I’m supposed to be happy with him? I’m not. … They are going to be making that decision.”

‘I Am an American’

Vindman, a 20-year Army veteran, wore his uniform full of medals, including a purple heart, when he appeared late last year for what turned out to be a testy televised impeachment hearing. Trump supporters raised questions about the Soviet Jewish immigrant’s allegiance to the United States and noted that he had received offers to work for the government of Ukraine — offers Vindman said he swiftly dismissed.
“I am an American,” he stated emphatically.
When the senior Republican on the House Intelligence Committee, Rep. Devin Nunes, addressed him as “Mr. Vindman,” the Iraq War veteran replied: “Ranking member, it’s Lt. Col. Vindman please.”
The statement from Vindman’s lawyer did not say whether he would be reassigned to the Defense Department where he worked before being detailed to the White House.
Defense Secretary Mark Esper was asked what the Pentagon would do to ensure that Vindman faces no retribution if he is reassigned to the Pentagon. “We protect all of our service members from retribution or anything like that,” Esper said. “We’ve already addressed that in policy and other means.”
Esper referred questions about Vindman’s next assignment to Army officials.
Pressman released a one-page statement claiming that Vindman was among a handful of men and women who courageously “put their faith in country ahead of fear” but have “paid a price.”
“There is no question in the mind of any American why this man’s job is over, why this country now has one less soldier serving it at the White House,” Pressman said. “Lt. Col. Vindman was asked to leave for telling the truth. His honor, his commitment to right, frightened the powerful.”