Chinese Doctor Who Sounded the Alarm About the Virus Dies 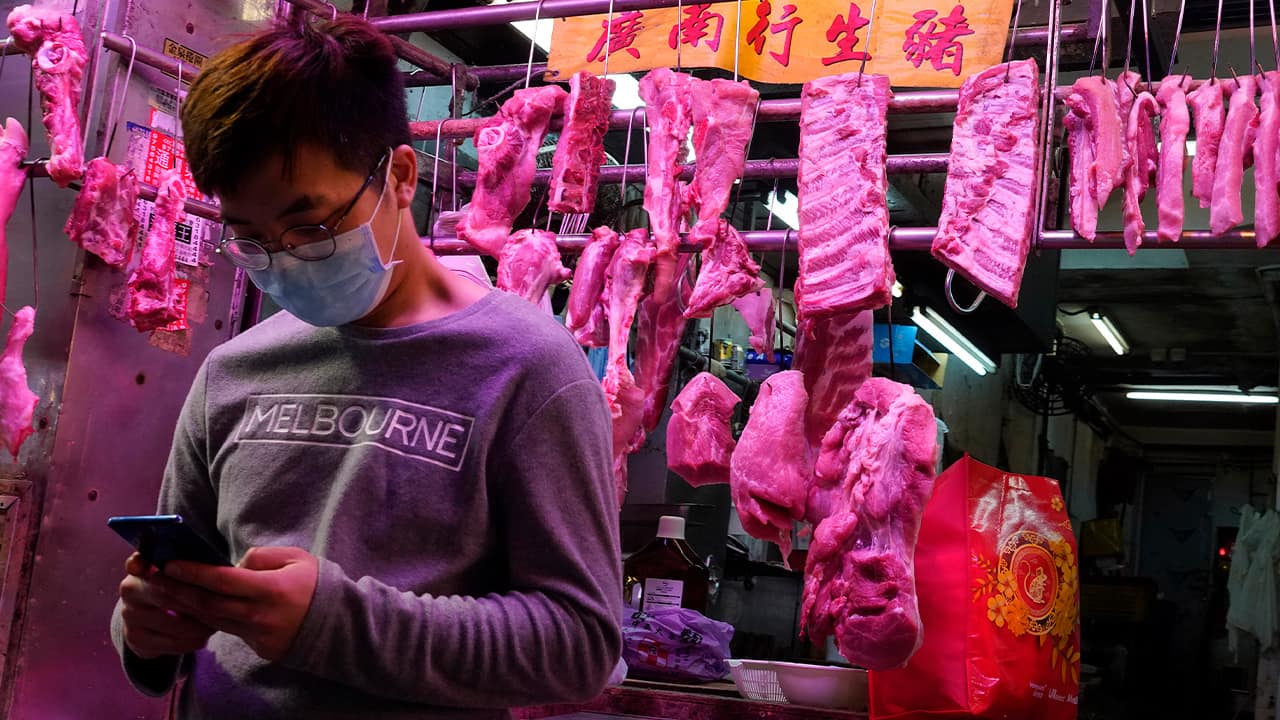 BEIJING — A Chinese doctor who got in trouble with authorities in the communist country for sounding an early warning about the coronavirus outbreak died Friday after coming down with the illness.
The Wuhan Central Hospital said on its social media account that Dr. Li Wenliang, a 34-year-old ophthalmologist, was “unfortunately infected during the fight against the pneumonia epidemic of the new coronavirus infection.” People wearing face masks queue up to purchase tissue papers at a pharmacy in Hong Kong, Thursday, Feb. 6, 2020. Ten more people were sickened with a new virus aboard one of two quarantined cruise ships with some 5,400 passengers and crew aboard, health officials in Japan said Thursday, as China reported 73 more deaths and announced that the first group of patients were expected to start taking a new antiviral drug. (AP Photo/Vincent Yu)

In other developments in the outbreak:

A newborn in China became the youngest known person infected with the virus.
The baby was born Saturday in Wuhan and confirmed positive just 36 hours after birth, authorities said. But precisely how the child became infected was unclear.
“The baby was immediately separated from the mother after the birth and has been under artificial feeding. There was no close contact with the parents, yet it was diagnosed with the disease,” Zeng Lingkong, director of neonatal diseases at Wuhan Children’s Hospital, told Chinese TV.
Zeng said other infected mothers have given birth to babies who tested negative, so it is not yet known if the virus can be transmitted in the womb.

China finished building a second new hospital Thursday to isolate and treat patients — a 1,500-bed center in Wuhan. Earlier this week, another rapidly constructed, 1,000-bed hospital in Wuhan with prefabricated wards and isolation rooms began taking patients.
Authorities also moved people with milder symptoms into makeshift hospitals at sports arenas, exhibition halls and other public spaces.
All together, more than 50 million people are under virtual quarantine in hard-hit Hubei province in an unprecedented — and unproven — bid to bring the outbreak under control.
In Hong Kong, hospital workers demanding a shutdown of the territory’s border with mainland China were on strike for a fourth day. Hong Kong leader Carrie Lam announced a 14-day quarantine of all travelers entering the city from the mainland starting Saturday, but the government has refused to seal the border entirely. A masked official carry boxes containing digital thermometers for the cruise ship Diamond Princess anchored at Yokohama Port in Yokohama, south of Tokyo, Thursday, Feb. 6, 2020. The 3,700 people on board faced a two-week quarantine in their cabins. Health workers said 10 more people from the Diamond Princess were confirmed sickened with the virus, in addition to 10 others who tested positive on Wednesday. The 10 will be dropped off as the ship docks and transferred to nearby hospitals for further test and treatment. (AP Photo/Eugene Hoshiko)

Two docked cruise ships with thousands of passengers and crew members remained under 14-day quarantines in Hong Kong and Japan.

Testing of a new antiviral drug was set to begin on a group of patients Thursday, the official Xinhua News Agency reported. The drug, Remdesivir, is made by U.S. biotech company Gilead Sciences.
Antivirals and other drugs can reduce the severity of an illness, but “so far, no antivirals have been proven effective” against the new virus, said Thanarak Plipat, deputy director-general of Thailand’s Disease Control Department in the Health Ministry. He said there are a lot of unknowns, “but we have a lot of hope as well.” Commuters wear face masks to protect themselves from new virus in Bangkok, Thailand, Thursday, Feb. 6, 2020. A viral outbreak that began in China has infected more than 28,200 people globally. Thailand has 25 cases as of Thursday. (AP Photo/Gemunu Amarasinghe)

From Europe to Australia and the U.S., universities that host Chinese students or have study-abroad programs are scrambling to assess the risks, and some are canceling opportunities and prohibiting student travel.
Central banks in the Philippines and Thailand have cut their interest rates to fend off economic damage from the outbreak in China, the world’s second-biggest economy, with 1.4 billion people. China is a major source of tourists in Asia, and corporations around the world depend on its factories to supply products and its consumers to buy them.
The organizers of the Tokyo Olympics again sought to allay fears that the 2020 Games could be postponed or canceled because of the crisis.