Uneasy Quiet in Mideast, Month After Iran Strike Against US 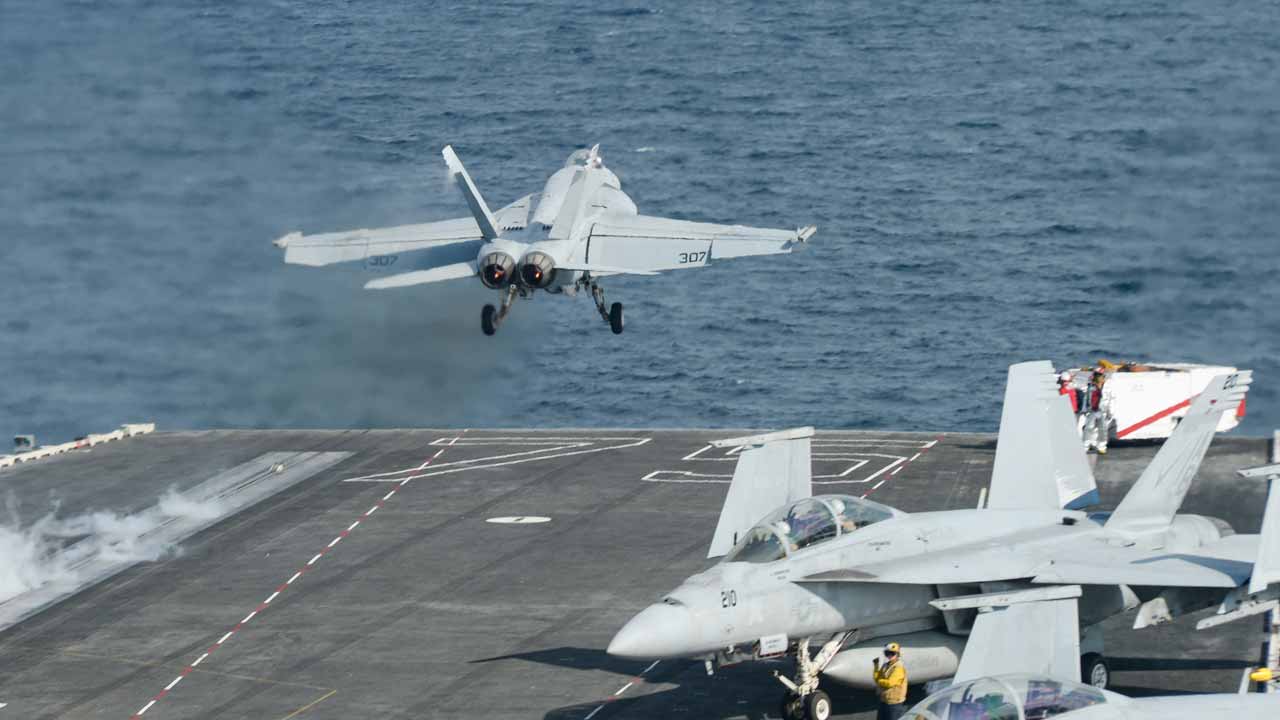 ABOARD THE USS HARRY S TRUMAN (AP) — Nearly a month after Iran launched a rare direct military attack against United States forces in Iraq, an uneasy quiet has settled across the Mideast.
Watching fighter jets roar off the flight deck of the aircraft carrier USS Harry S. Truman, the top U.S. commander for the region believes he is surrounded by one of the reasons that Iran has dialed back its combat stance, at least for now.
“You’re here because we don’t want a war with Iran and nothing makes a potential adversary think twice about war than the presence of an aircraft carrier and the strike group that comes with it,” Marine Gen. Frank McKenzie told the nearly 5,000 service members on board the 100,000-ton ship. “So, we achieve deterrence, which is preventing Iran from starting a war.”

Among the fighter squadrons aboard the Truman is the NAS Lemoore-based “Knighthawks” (VFA-136). The squadron’s pilots fly F/A-18E Super Hornets alongside aircraft deployed on the carrier from other U.S. Navy bases, primarily in Virginia.

Patrolling through the North Arabian Sea, the Truman was about 150 miles (240 kilometers) from Iran when McKenzie and a small number of staff flew aboard on Saturday. His overnight stay on the ship underscored his belief that the additional ships, aircraft, weapons systems and thousands of troops that the U.S. has poured into the region in recent months deliver a message. It’s one he thinks Iran has received.
Since Iran launched a flurry of ballistic missiles at U.S. forces in Iraq in retaliation for an American drone strike that killed a top Iranian general, there has been a visible reduction in Tehran’s military posture, McKenzie said.

He said Iran brought its ballistic missile force and its air defenses back down from a heightened state of readiness. Also, the level of harassment and other activity by Iran’s naval forces around the congested Strait of Hormuz has been scaled back.
The drone strike that killed Qassem Soleimani, the top Quds Force general, showed that the U.S. is willing to take action, and the arrival of the Truman and the other warships had underscored that, he said.
“When an aircraft carrier is in your neighborhood you know it,” said Navy Capt. Kavon Hakimzadeh, the Truman’s commanding officer.
He said his ship left Norfolk, Virginia, in mid-November and “almost made a beeline for the Suez Canal.”

Now, as they maneuver off the coast of Oman, a steady stream of fighter jets, surveillance aircraft and helicopters launch off the 4.5 acre (1.8 hectare) flight deck, conducting a show of force that also allows them to keep up their training in case they are needed for combat.
“We’re practicing our craft,” said Hakimzadeh, or Capt. Hak, as he is known on the ship. “Our job is to fuel up, load up and launch airplanes. The only real change is whether or not the airplanes come back with bombs or not.”
So far they haven’t dropped any bombs. Some of the ships are taking part in the maritime coalition that is safeguarding the Strait of Hormuz, in the wake of Iranian attacks against commercial vessels last year. Others protect the carrier.
From the bridge, where McKenzie spoke to the crew over the ship’s loudspeakers, he could look out at the horizon and see the USS Normandy. The weapons-loaded warship stands as a sentry between the carrier and Iran. Out of view were four American Navy destroyers. Another warship loaded with Marines is further up the Red Sea.
Despite widespread demands for U.S. Navy ships in other parts of the world, McKenzie requested and received a much larger than usual naval presence in his area. Both the Truman and the USS Bataan steamed rapidly across the Mediterranean to get to the Gulf region, and in a somewhat rare move, one of the destroyers assigned to Europe, the USS Carney, was shifted south to join the Truman.

McKenzie and other commanders on the ship acknowledge that deterrence is a hard thing to measure.
But speaking to F/A-18 fighter pilots in their ready room, McKenzie mapped out the timeline. Last April and May, he said, Iranian leadership decided to begin more active offensive military operations in the region.
In the succeeding months, there were attacks on ships in the Gulf, a pipeline in Saudi Arabia and, on Sept. 14, strikes on Saudi oil facilities. The violence spurred U.S. Defense Secretary Mark Esper to beef up the military presence in the Gulf.
Esper, however, has made it clear that America’s top defense priorities are threats from China and Russia, and he is looking to send more forces to the Pacific region. For McKenzie, that means frequent discussions with defense leaders about his assessment of the Iranian threat in the Middle East and why he needs the forces he has.
“You know what I associate with that period of time,” said McKenzie, referring to early last spring. “There was no carrier” in the region.
Now, he said, there is a “rough kind of stability” in the region. But he is reluctant to say how long that will last, or how long he will be able to hold onto the military might he’s accumulated.
And over the loudspeaker, he made that uncertainty clear to the Truman crew.
“One thing I know everybody wants to know is how long you’re gonna be here,” he said. “So I’m gonna be honest with you. I don’t know.” 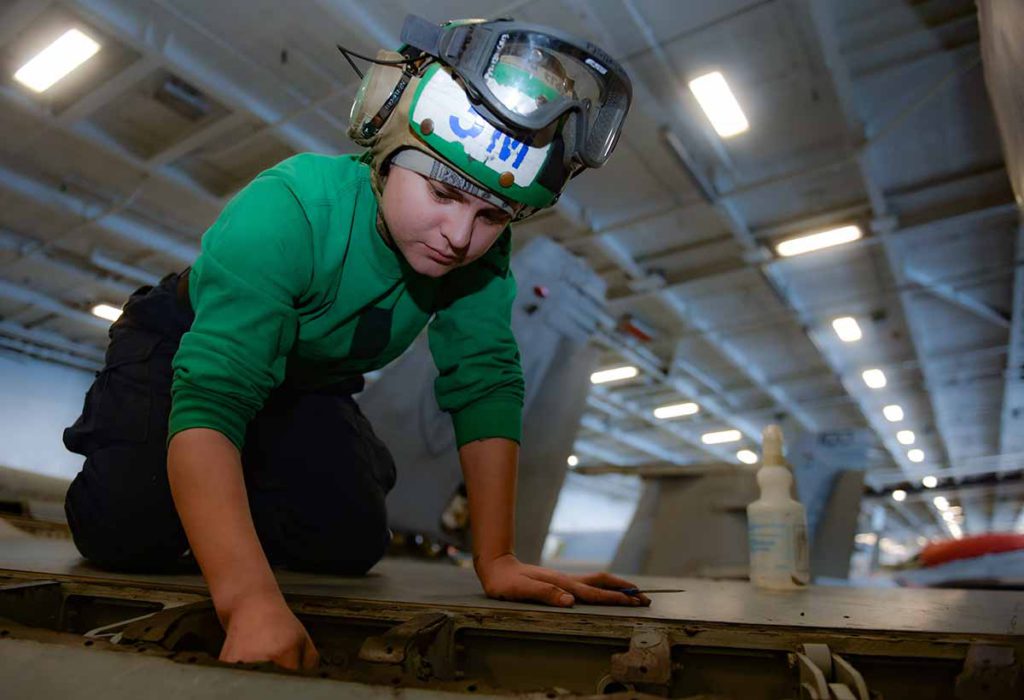