Clock Is Ticking for Companies That Depend on China Imports 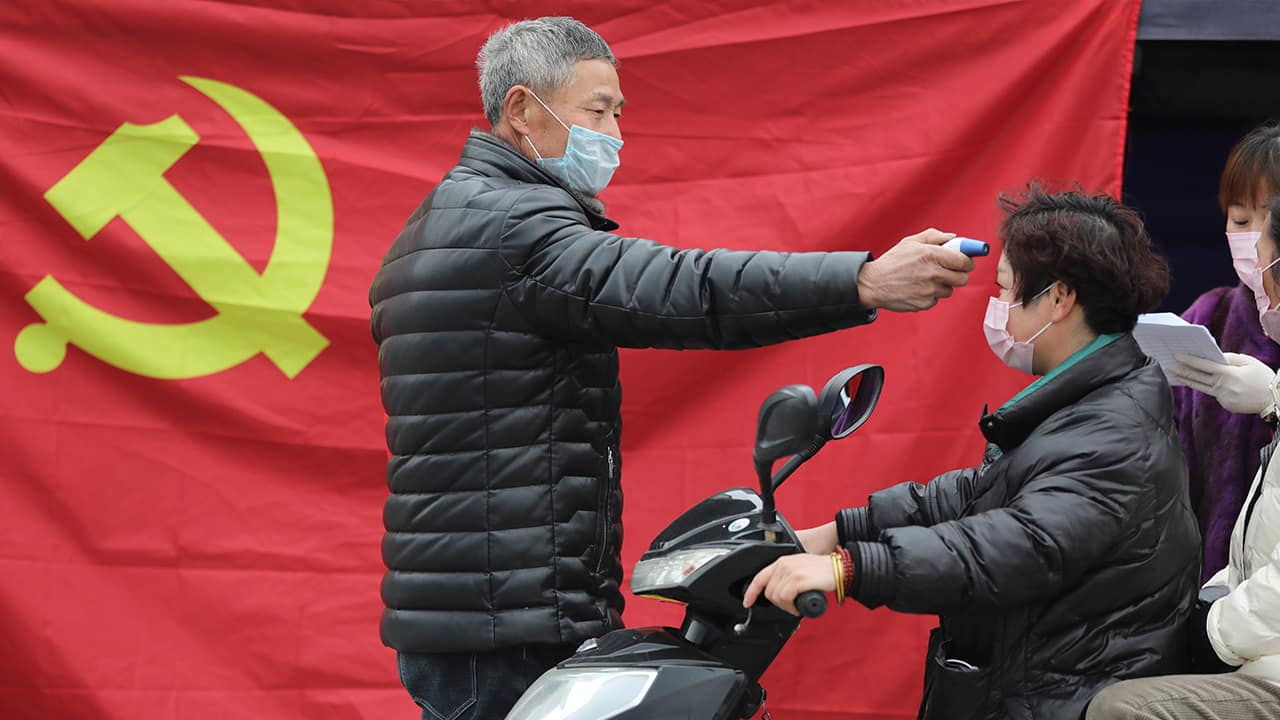 WASHINGTON — For companies bracing for losses from China’s viral outbreak, the damage has so far been delayed, thanks to a stroke of timing: The outbreak hit just when Chinese factories and many businesses were closed anyway to let workers travel home for the week-long Lunar New Year holiday.
But the respite won’t last.
If much of industrial China remains on lockdown for the next few weeks, a very real possibility, Western retailers, auto companies and manufacturers that depend on Chinese imports will start to run out of the goods they depend on. A girl wearing a face mask stands in the entrance to a shop in Wuhan in central China’s Hubei Province, Friday, Jan. 31, 2020. The U.S. advised against all travel to China as the number of cases of a worrying new virus spiked more than tenfold in a week, including the highest death toll in a 24-hour period reported Friday. (AP Photo/Arek Rataj)

The partial shutdown of Wuhan has already harmed the production of TV display panels and raised prices, according to a report by research group IHS Markit. The city has five factories making liquid crystal displays, known as LCDs, and organic light-emitting diodes, known as OLEDs, both of which are used for television and laptop monitors. China accounts for more than half of the global production of these display panels.
David Hsieh, an analyst at IHS Markit, said in a report that “these factories are facing shortages of both labor and key components as a result of mandates designed to limit the contagion’s spread,” leading suppliers to raise panel prices more aggressively.
Phone-maker Motorola, which has a facility in Wuhan, said that so far, it expects little impact because it has a flexible global supply chain and multiple factories around the world. Its priority has been the welfare of local employees, Motorola, which is owned by the Chinese electronics giant Lenovo, said in a statement.
Apple CEO Tim Cook told analysts last week that the company’s contractors in China had been forced to delay reopening factories that closed for the Lunar New Year holiday. Cook said the company is seeking ways to minimize supply disruptions. Some of its suppliers are in Hubei, the Chinese province at the center of the outbreak. Most of Apple’s iPhones and other devices are made in China.
In the meantime, economists are sharply downgrading the outlook for China’s economy, the world’s second-biggest. Tommy Wu and Louis Kuijs of Oxford Economics have slashed their forecast for Chinese economic growth this year from 6% to 5.4%. They expect most of the damage to be inflicted in the first three months of 2020.

Containing the Economic Damage Will be a Challenge

“But a more serious and long-lasting impact cannot be ruled out,’’ they wrote Monday. Funeral workers disinfect themselves after handling a virus victim in Wuhan in central China’s Hubei Province, Thursday, Jan. 30, 2020. China counted 170 deaths from a new virus Thursday and more countries reported infections, including some spread locally, as foreign evacuees from China’s worst-hit region returned home to medical observation and even isolation. (Chinatopix via AP)

“When you see them loading those big 747s, that’s not just your luggage,’’ Levy said. “That can be pallets full of electronics and other things.’’
The health crisis coincides with an especially difficult time for China’s factories. A 19-month trade war with the United States — in which the Trump administration imposed tariffs on $360 billion of Chinese imports — has already led U.S.-based multinational corporations to look for alternatives to Chinese suppliers. Many are moving to Vietnam or other low-wage countries to dodge President Donald Trump’s taxes on Chinese-made goods.
The coronavirus, along with fears that U.S.-China tensions over trade and geopolitics will persist, gives them one more reason to reduce their reliance on China. Among multinational firms, there is “increasing unease that China is starting to become quite risky,’’ said Johan Gott, an independent consultant who specializes in political risks for businesses.
But it isn’t easy to completely abandon China, where specialized suppliers cluster in manufacturing centers and make it convenient for factories to obtain parts when they need them.
Basic Fun, a toy company based in Boca Raton, Florida, has sought suppliers in Vietnam and India with no luck yet. Its CEO, Jay Foreman, said he is hoping that the factories in China will resume production by early April, which he considers the best-case scenario. But he fears that any more delays could mean that the factories don’t start to ramp up production until after May 1.
The stakes are high. Basic Fun gets about 90% of its toys from China. And Foreman has been contending with the trade war and disruptive protests in Hong Kong.
The coronavirus, he said, is “just a continuation of sitting on the knife’s edge … sleeping on the bed of nails from tariffs to the riots in Hong Kong and the virus. We just can’t get a break.”