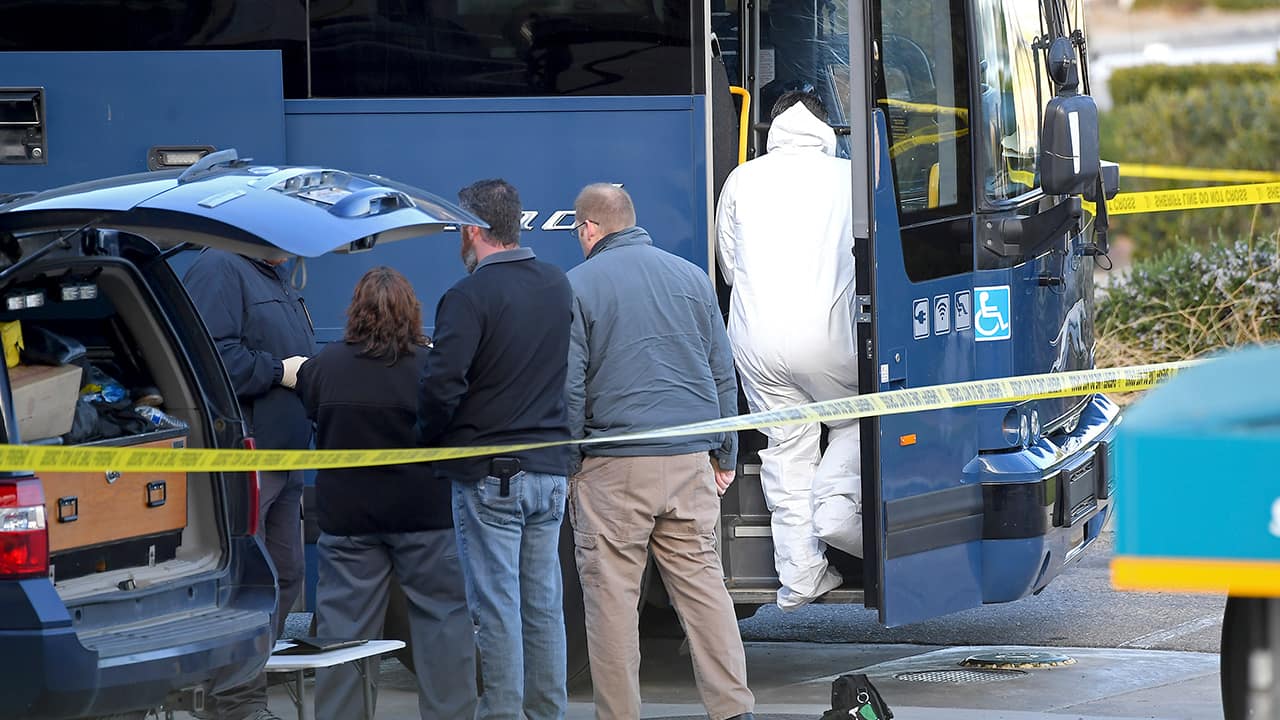 LEBEC — A gunman killed a 51-year-old woman from Colombia and wounded five others before dawn Monday on a packed Greyhound bus traveling from Los Angeles to San Francisco and the bus driver somehow managed to get the gunman off the bus, the California Highway Patrol said. Investigators are seen outside of a Greyhound bus after a passenger was killed on board on Monday, Feb. 3, 2020 in Lebec, Calif. A gunman killed one passenger and wounded multiple others on a Greyhound bus traveling from Los Angeles to the San Francisco Bay Area early Monday morning, the California Highway Patrol said. (AP Photo/Jayne Kamin-Oncea)

After leaving the gunman behind, the driver continued to the next exit and pulled into the parking lot of a gas station.
“His actions were very appropriate and one could say heroic,” Pennings said of the driver.
Highway patrol officers found the suspect a few minutes later and detained him, Penning said.
A black handgun believed to have been used in the shooting had been left on the bus, Pennings said. Federal agents with the Bureau of Alcohol, Tobacco, Firearms and Explosives were working to trace the weapon.
Pennings said the motive was unknown but said there was no indication of terrorism “at this time.”

Witnesses and the suspect were being interviewed and officials did not immediately identify the suspect or the victims.

Little and No Choice in Many Californian Legislative Races