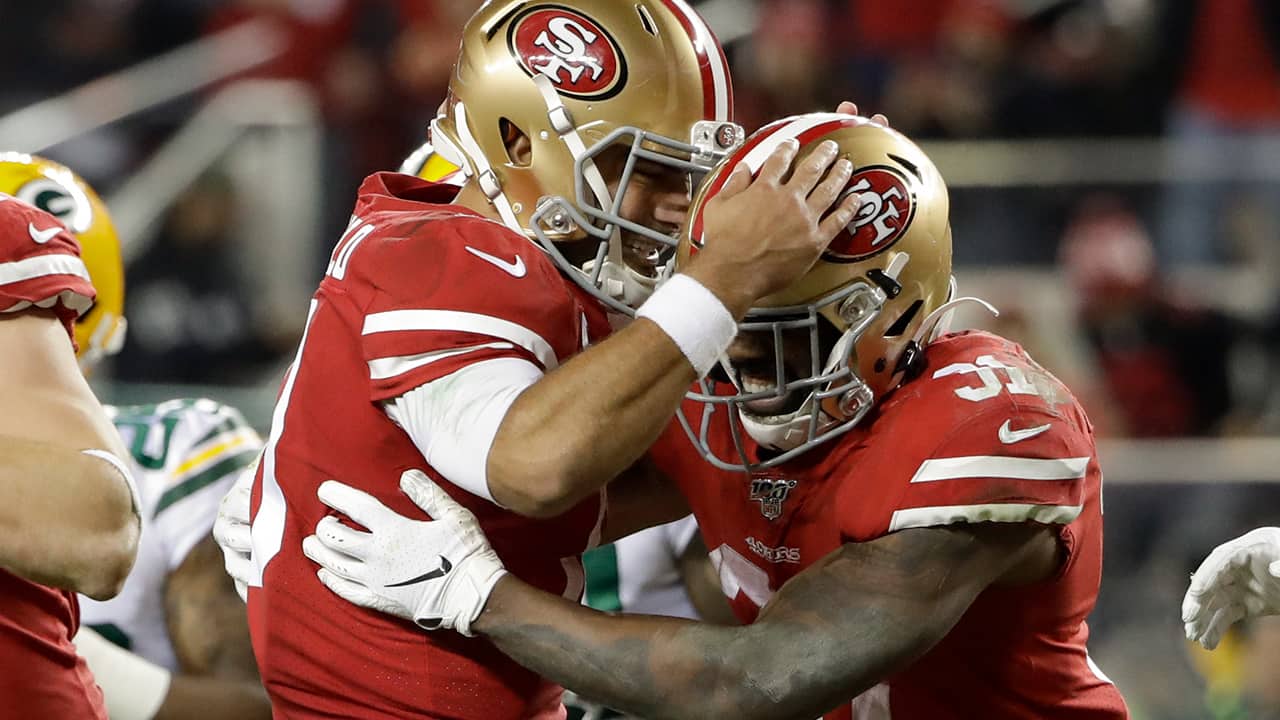 MIAMI — Even the oddsmakers aren’t sure about this Super Bowl.
That’s how close the Kansas City Chiefs and San Francisco 49ers match up. The Chiefs are a 1-point favorite, which basically means a tossup. Indeed, by kickoff on Sunday, the 49ers could be the bettors’ choice.


“We have to be aware of everything he can do. Everything.” — 49ers safety Jimmie Ward
There could be almost as much action on prop bets — does Kyle Shanahan remember to run the ball if the Niners get ahead 28-3 in the second half, for example? Or a lot more bets on the over/under, which stands at 54 1-2 and seems a bit low.
Then again, San Francisco’s defense is capable of putting any offense on its heels, using a potent pass rush and some strong work in the secondary by star cornerback Richard Sherman and the safeties. The onus is on Kansas City’s offensive line to not only create some running lanes for healthy-at-last back Damien Williams, but, of course, to give Patrick Mahomes an opportunity to find his speedy receivers.
Or to create, as he did with his tap dance down the left sideline to the go-ahead touchdown in the AFC championship game.
“We have to be aware of everything he can do,” 49ers safety Jimmie Ward said. “Everything.” A Shootout Between Jimmy Garoppolo and Patrick Mahomes

The KC defense was dynamic down the stretch of the regular season, but it has been less so for portions of the postseason. The Niners will want to run the ball first and foremost, with Raheem Mostert coming off a sensational 220 yards rushing and four touchdowns in the NFC title game rout of Green Bay. Look for the 49ers to Get off Quickly

Rookie Deebo Samuel has no fear of chasing — and catching — passes anywhere on the field, and Emmanuel Sanders is a solid veteran and superb route runner.
It seems appropriate then that how the Chiefs’ big guys in the trenches on defense perform could be decisive. After all, coach Andy Reid is a former O-line coach.
Sentiment is on Kansas City’s side. Reid not only is one of the most popular coaches with his players in any sport, but he’s highly respected and popular with his peers. His resume might be Hall of Fame worthy already, and a victory — he lost to New England while with Philadelphia in his only other Super Bowl as a head coach — would emphasize his success.
That would be nice to see on Sunday. Except it won’t happen.
Look for the 49ers to get off quickly, something the Chiefs allowed both Houston and Tennessee to do in the playoffs. Kansas City will make a charge, perhaps several of them, but the Niners will have just enough of an edge on defense to earn their sixth Super Bowl crown, tying New England and Pittsburgh for the most.
And yes, go with the over.
49ERS, 30-27