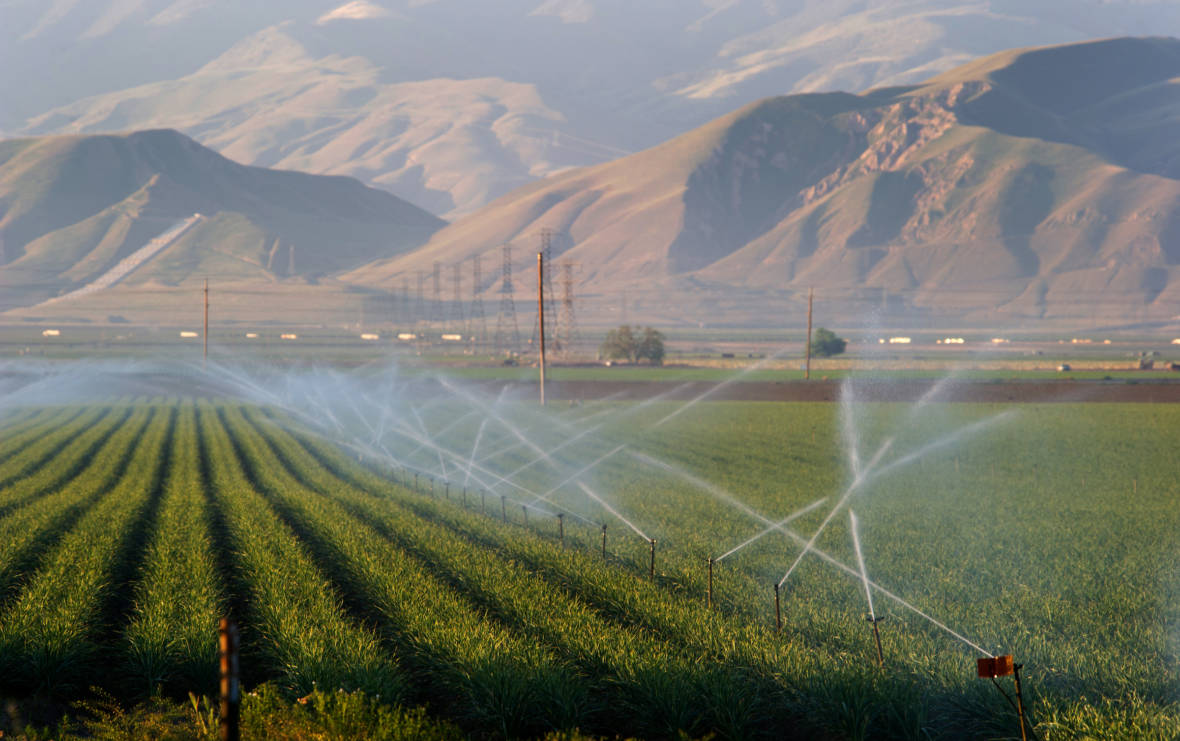 Reaction was hushed when Rosedale-Rio Bravo Water Storage District General Manager Eric Averett asked the small group of farmers Tuesday morning if any were interested in buying irrigation water at the previously unheard of price of $770 an acre-foot.
No papers rustled. Keyboards went silent. And none of the growers raised a hand.

Such is the shock farmers outside irrigation districts, which regularly buy surface supplies, are facing as the state’s new Sustainable Groundwater Management Act takes hold and groundwater pumping will be severely curtailed in the Central Valley.
“I don’t know if that’s wet year pricing or dry year pricing,” Averett continued. “The market is going to be volatile for the next few years.”
Averett explained that since Rosedale’s groundwater sustainability plan has been submitted to the state, the district is proceeding with its plan to help growers in the so-called “white lands” find water supplies.
White lands are areas in groundwater subbasins not covered by agricultural water districts, which charge their landowners assessments in order to pay for water contracts with the state or federal water systems or to buy water from other sellers. White land growers operate strictly on groundwater, which costs only as much as the energy used to bring it to the surface. Under SGMA, white lands were required to come under the authority of districts or groundwater sustainability agencies in order to track and reduce their pumping.
Several white land growers were at Rosedale’s Tuesday meeting to update landowners about the SGMA process.

Averett understood the sticker shock but urged growers in the audience to consider two things: One, their groundwater is essentially free so, when it’s averaged, $700-per-acre-foot or even $800-per-acre-foot water is actually closer to $200 per acre-foot.
“The second thing is — that’s the market.”
He predicted that after 10 years under SGMA, irrigation water at $800 an acre-foot “will be a screamin’ deal.”
Under Rosedale’s groundwater plan, white lands will be allotted water in five-year increments as the district assess and strives to reduce demand. Averett said it makes sense to buy water now and front load each growers’ account then spread it out over time to “maintain your economic footprint.”
He also noted that if water comes available at lower prices, the Rosedale-Rio Bravo board would likely buy that cheaper water for its own district growers who do pay regular assessments.
“I will not be offering water to anyone else for anything less than $400 or $500,” he said. “So, a word of caution, the water market will likely be $700 or $800.”

Of course, availability and price depend on each year’s hydrology. Big water years equal lower prices.
The $770-per-acre foot water Rosedale mentioned is being offered by Buena Vista Water Storage District. Buena Vista sold water for about $800 an acre-foot last winter, according to board president John Vidovich.

The Water Year Is Still Young

The water year is still young. There could be cheaper water to be had in the future.
“So it’s a gamble,” one grower said at Tuesday’s meeting.
“Well, yes,” Averett said. “But it’s your gamble.”
In the end, the growers asked for more details and all the associated costs with getting that $770-per-acre-foot water into their accounts.
Click here to read Rosedale-Rio Bravo’s groundwater sustainability plan.
About the Author
Lois Henry is the CEO and editor of SJV Water. She has 30 years’ experience covering water and other issues in the San Joaquin Valley. Henry lives with her husband, five dogs, one orange cat, and a cranky rescue mustang horse in Bakersfield.