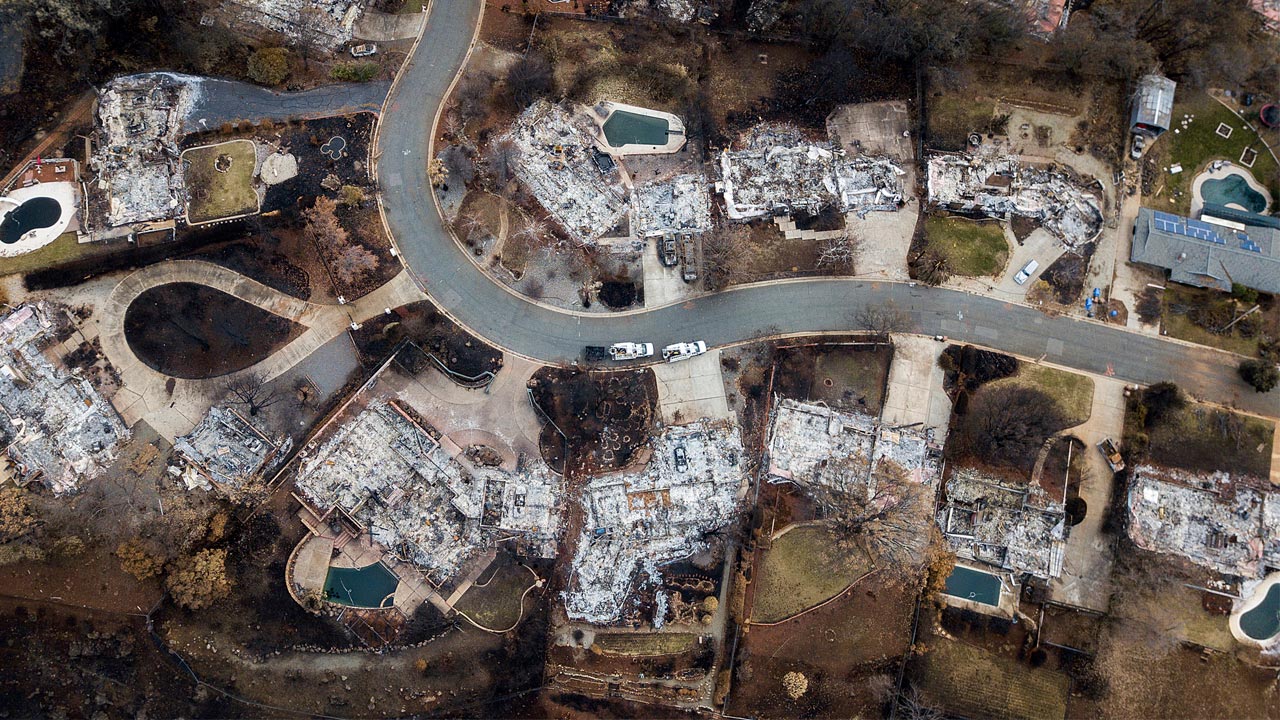 SACRAMENTO — California has completed 34 of the forest-thinning projects it rushed to finish in the past year as a way to buffer 200 communities at high risk from wildfires, Gov. Gavin Newsom said Wednesday. Sarah Gronseth kisses her dog Branch in the bed of a truck in a parking lot, Tuesday, Nov. 13, 2018, in Chico Calif. Gronseth, a teacher, evacuated some of her high school students in her truck as the fire bore down on the high school in Paradise, Calif. She lost her home in the fire. (AP Photo/John Locher)

Critics say the projects won’t slow wind-driven infernos like ones that devastated communities in recent years. They also caution that to remain effective, even against slow-moving blazes, the fire breaks must be maintained indefinitely by weeding out more flammable brush and grass that would naturally grow where trees are removed.
Newsom sped the projects covering 90,000 acres by suspending some requirements and regulations,
The Democratic governor has faced repeated criticism from President Donald Trump for not doing enough to manage California forests.
“We are doing the job the federal government is no longer doing. A lot of those projects were also on federal land,” Newsom said, noting that 57% of forested land in California is federally owned. “We’re doing our job. We recognize we have more to do. Mr. President, we recognize that.”