NEW YORK — Two women who say they met Harvey Weinstein when they were aspiring actresses in their 20s testified at his rape trial Wednesday that the one-time Hollywood titan preyed on their dreams of stardom to sexually assault them.

Tarale Wulff choked back tears as she described the much larger Weinstein grabbing her by the arm, pushing her onto a bed and spurning her pleas to stop with reassurances that she shouldn’t worry because he’d had a vasectomy.

Dawn Dunning told jurors that Weinstein put his hand up her skirt and fondled her genitals during what was supposed to be a 2004 meeting about her fledgling career and later tried trading movie roles for three-way sex with him and his assistant.

She said Weinstein claimed the lewd offer was the kind of thing that happened all the time in the film business and that he mentioned the names of several big stars in hopes of convincing her to do it.

Tarale Wulff testified that Weinstein raped her at his New York City apartment after luring her there in 2005 with promises of an audition for a film role.

Wulff choked back tears as she described the much larger Weinstein grabbing her by the arm, pushing her onto a bed and spurning her pleas to stop with reassurances that she shouldn’t worry because he’d had a vasectomy.

Wulff, now 43 and a model, said she froze as he continued, thinking that would make it “easier to get through, to get past it.”

Wulff and Dunning’s allegations against Weinstein are not part of the underlying criminal charges against him, but their testimony could be a factor in whether he goes to prison at the end of his landmark #MeToo-era trial. 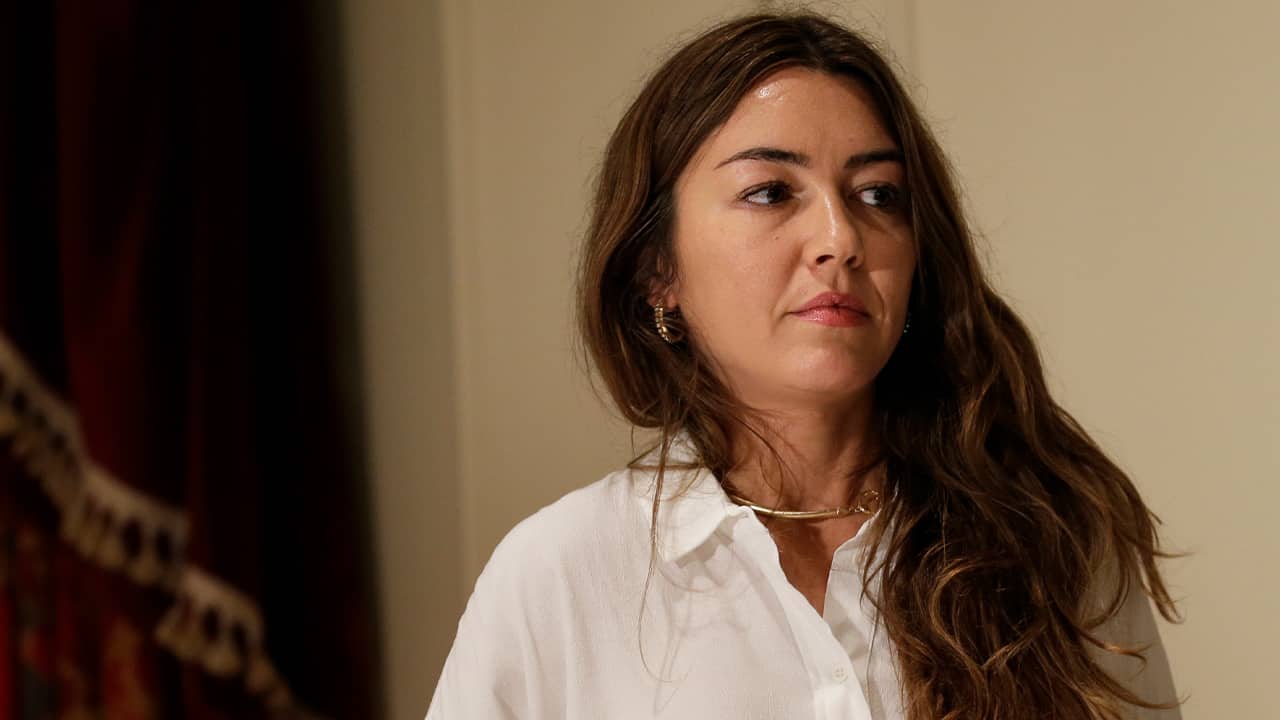 Weinstein Has Insisted Any Sexual Encounters Were Consensual

Prosecutors called them as witnesses under a state law that allows testimony about so-called “prior bad acts,” enabling them to explore things like motive, opportunity, intent and a common scheme or plan. In this case, prosecutors allege that Weinstein has long used the promise of career advancement to take advantage of young, vulnerable women.

Weinstein, 67, is charged with forcibly performing oral sex on Mimi Haleyi, at the time a “Project Runway” production assistant, in 2006 and raping another aspiring actress in 2013. That woman could testify later this week.

Weinstein has insisted any sexual encounters were consensual.

His lawyers raised doubts about Wulff’s recollection after she disclosed that she had worked with a therapist for a year to fill gaps in her memory. Speaking to reporters later, Wulff’s lawyer called that line of questioning a “red herring” and said her memory of being raped has never altered.

Weinstein’s lawyers also questioned why Dunning waited until last summer to tell prosecutors that Weinstein had fondled her after she had gone public with the jobs-for-sex allegation, first in an article in The New York Times in October 2017.

Weinstein, who was subdued in his interactions with reporters during the trial’s first week, seemed looser as he left the courthouse, proclaiming “It went great today. The lawyers killed it.” He likened a portion of Dunning’s testimony to bull excrement.

The jury of seven men and five women has already heard from Haleyi, who tearfully testified Monday that she tried to fight off Weinstein before he sexually assaulted her, and actress Annabella Sciorra, who testified last week that he overpowered and raped her after barging into her apartment in the mid-1990s.

‘Don’t Make a Big Deal About This. It Will Never Happen Again.’

The Associated Press does not typically identify people who say they have been victims of sexual assault, unless they agree to be named or gone public with their stories, as Haleyi, Wulff, Dunning and Sciorra have done.

“I stood up. I was in shock. He just started talking really fast. He said, ‘Don’t make a big deal about this. It will never happen again.’” — Dawn Dunning

Wulff, who’d met Weinstein at the members-only club, said she froze and scooted around him to go back to the bar.

Dunning told jurors she met Weinstein while waiting tables at a different Manhattan night spot, one where bottle service was a trendy indulgence for the rich and famous.

Weinstein immediately appeared to take an interest in her acting career, she said, and invited her to a lunch meeting where, noting his infamous temper, she said he was “on the phone a lot yelling at people.”

Several meetings followed, Dunning said, including one at a hotel where Weinstein was using a suite as a temporary office. At one point, she testified, Weinstein led her into a bedroom and put his hand up her skirt.

“I stood up. I was in shock,” Dunning said, fighting back tears as she described the alleged incident when she was 24. “He just started talking really fast. He said, ‘Don’t make a big deal about this. It will never happen again.’” 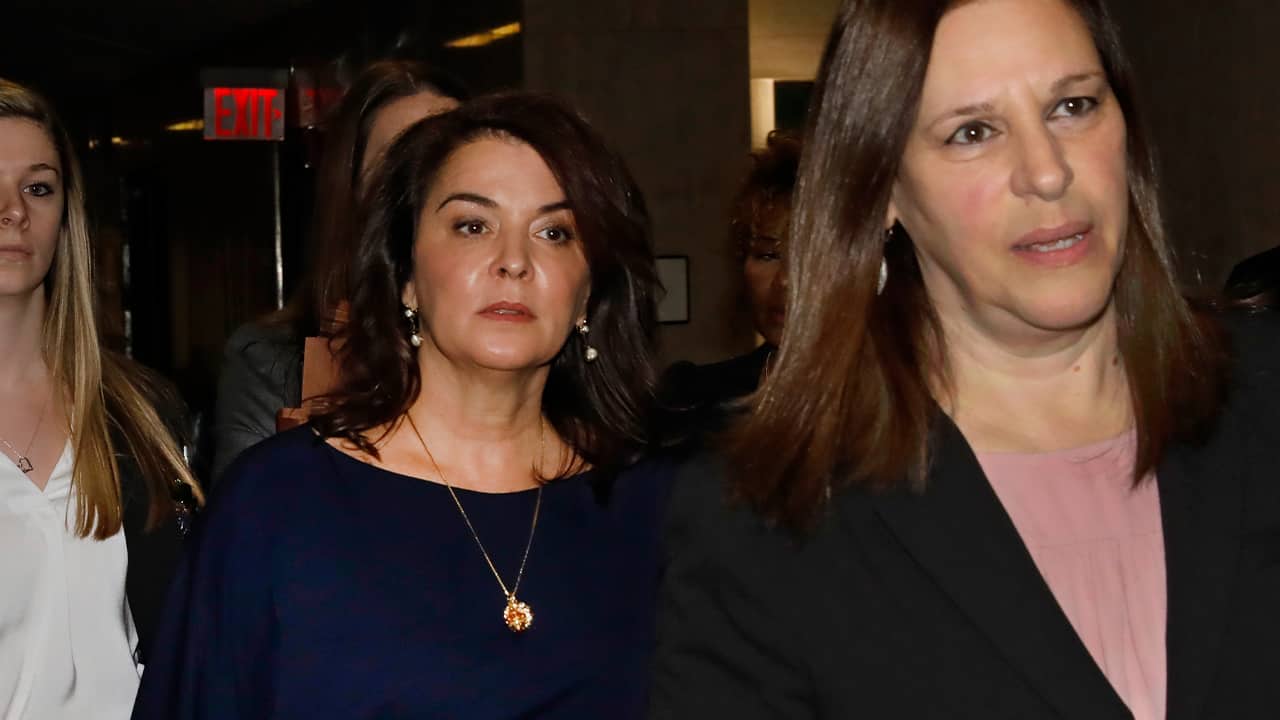 ‘I Was Really Scared.’

Dunning said she “just kind of gave him the benefit of the doubt” and didn’t scream or tell anyone because she was embarrassed and didn’t want to be a victim.

Dunning testified that she laughed when Weinstein floated the idea, thinking he was kidding and had a “crass sense of humor.”

“But when I started laughing, he got really angry and started screaming at me,” Dunning testified. “He said, ‘you’ll never make it in this business, this is how this industry works.’”

Dunning, now 40, said Weinstein went on to namedrop actresses Salma Hayek and Charlize Theron, implying they had done similar things to achieve success — something both women have strongly denied.

Hayek has said she had to fight off Weinstein’s constant harassment and bullying. Theron was upset when some accusers said he implied they had slept together.

Dunning said she didn’t know what Weinstein would do after she laughed off the offer, so she ran for the door and down the hall to the elevator.

“He was a big guy. He was towering over me,” she testified. “I was really scared.”