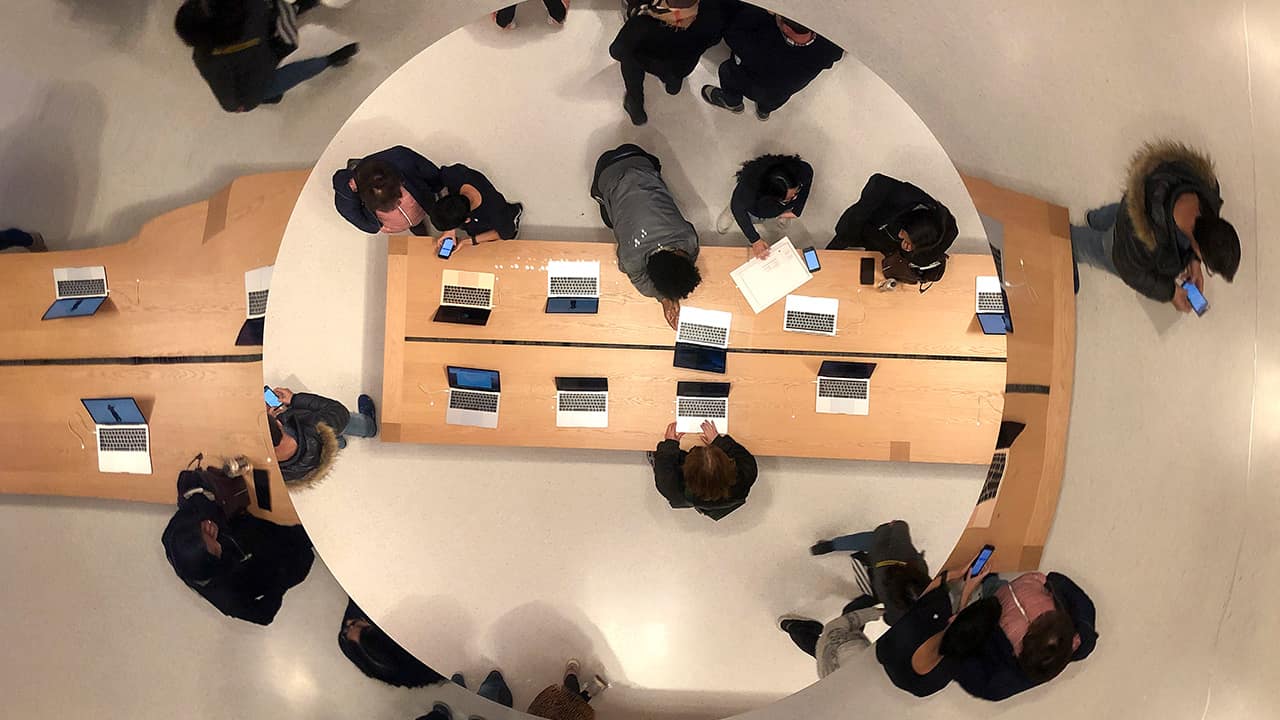 SAN FRANCISCO — Apple is still reaping huge profits from the iPhone while mining more moneymaking opportunities from the growing popularity of its smartwatch, digital services and wireless earbuds.
That combination produced a banner holiday season for a company whose fortunes appeared to be sliding just a year ago amid declining sales for the iPhone, its marquee product for the past decade.
Apple’s fiscal first-quarter results, released Tuesday, provided the latest proof that the fears hanging over the consumer electronics icon might have been unfounded.
Apple’s profit and revenue for the October-December period topped analysts’ projections, providing another boost to a stock that has more than doubled in less than 13 months.
The shares surged more than 1% to $322.14 in extended trading after the numbers came out. That’s up from $142 in January 2019 after Apple warned that consumers weren’t buying as many new iPhones as they once were, especially in China, the company’s biggest market outside the U.S. and Europe. China is also where Apple makes most of its iPhones and several other products.
If the shares move similarly in Wednesday’s regular trading session, they will flirt with a new all-time high for the stock and further cement Apple’s position as the most valuable company in the U.S., with a market value of $1.4 trillion. Apple Got off to a Fast Start for Fiscal 2020

A deadly viral outbreak in China, which has curtailed travel and threatens the world economy, looms as a potential concern for Apple. But investors for now are focusing on what looks like an even more prosperous road ahead for a company that turned a $55 billion profit in its past fiscal year.

Half the Price of Netflix’s Most Popular Plan

As usual, the iPhone remained Apple’s marquee attraction. Boosted by the release of the iPhone 11 heading into the holiday season, the product generated sales of $56 billion, an 8% increase from the previous year’s disappointing showing.
Besides rolling out high-end phones with more cameras and a starting price of $1,000, Apple sold a more basic model starting at $700 — a $50 drop from a comparable version released in 2018.
Apple’s division that includes its app store, product warranties, music streaming and a new Netflix-like video service delivered revenue of $12.7 billion, up 17% from the previous year. Apple is hoping its service division will produce revenue of at least $50 billion this year, doubling its output in just four years.
The services division is feeding into all iPhones, iPads, Macs and other Apple products already being used, which the company said Tuesday now totals 1.5 billion devices, up by 100 million from the previous year.
“We see this as a powerful testament to the satisfaction, engagement and loyalty of our customers — and a great driver of our growth across the board,” Cook said.
The Apple TV Plus video streaming service, which Apple launched amid great fanfare in October, is supposed to help that cause, but it may not be a huge contributor this year. That’s because Apple is initially selling it for just $5 per month to help drum up interest. That’s less than half the price of Netflix’s most popular plan. What’s more, Apple is giving away a free year of Apple TV Plus to anyone who buys a new iPhone or several other devices, a promotion that means tens of millions of people aren’t paying anything for the service yet. Apple hasn’t released subscription numbers for the video service.
Meanwhile, the Apple Watch, which the company began selling nearly five years ago, continued to gain new converts, and the latest version of its wireless earbuds, AirPods, emerged as a hot commodity during the holiday season.
Apple introduced the AirPods after removing the headphone jack from the iPhone in 2016, but the product picked up more momentum in October with a next-generation set designed to fit better in people’s ears. That version, called AirPods Pro, proved so popular that Apple had trouble keeping it in stock. The AirPods Pro also cost more at $250, compared with $160 to $200 for the previous models.
All those factors helped Apple’s “wearables, home and accessories” category garner sales totaling $10 billion in the past quarter, a 37% increase from the previous year. That prompted Cook to hail it as a “blowout” quarter for the wearables and accessories division, which is now Apple’s fastest growing category.