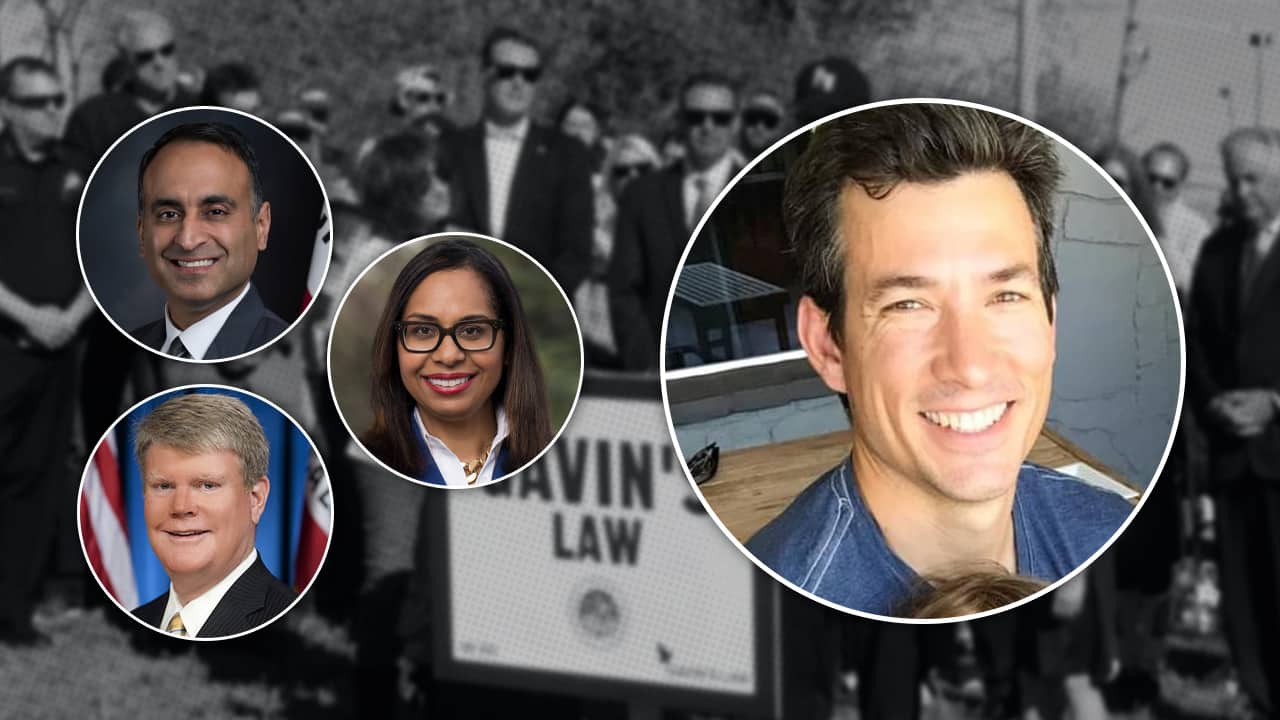 Gavin’s Law, the proposed legislation to enhance penalties for hit-and-run drivers, passed the Assembly floor on Monday, 66-3.
Who are the three who voted against AB 582 authored by Assemblyman Jim Patteson (R-Fresno) and named for Gavin Gladding, the Clovis Unified educator killed by a hit-and-run driver who may have fled the scene while impaired?

Ash Kalra (D-San Jose), Mark Stone (D-Scotts Valley), and Sydney Kamlager (D-Los Angeles).
Stone explained his vote.
“This bill is based on the unfounded premise that most drivers who leave the scene of a hit-and-run do so because they are intoxicated,” Stone said in an email. “There are other reasons why people may leave the scene of an accident. The Legislature should not impose a penalty increase based on an unproven assumption. While hit-and-runs are no doubt tragic, we should not legislate on emotions. California has worked to decrease sentencing and reduce the prison population in this state, and this bill would be counter to those efforts.”
Kamlager and Kalra declined to state their reasons for opposing the bill.
The bill now moves to the state Senate.
Gov. Gavin Newsom is not revealing his hand about whether he supports the legislation.
“As is the case with all pending legislation, if and when a bill reaches the governor’s desk it will be evaluated on its merits,” a spokesman for the governor said.

One Mayoral Forum This Week, One Postponed

Andrew Janz and Jerry Dyer will square off in one mayoral forum this week.
The Fresno Hispanic Area Foundation will host a business forum featuring the two leading candidates for Fresno’s top elected office. The event takes place Wednesday morning at Tornino’s and requires a ticket.
Shortly after this item originally published, the organizers of a second Fresno mayoral forum, set for this Thursday, postponed the event because of scheduling issues.
The new date is Feb. 13 6-8 p.m. at St. James Episcopal Church (4147 E. Dakota) in Fresno.
All seven candidates have been invited to attend.
Fresno 4 All — a collaboration of six different groups — organized the event that was to take place at Fresno City College.
As reported on Sunday Morning Matters, Dyer did not plan be there. He said he had a conflict speaking to a veterans’ group at the same time.
GV Wire hosted a televised forum between Dyer and Janz that can be seen at the link below.
[Update, 1/28/2020, 2 p.m.: this item has been updated to reflect the date change]

Also on Thursday, several South Valley organizations will hold a forum featuring candidates for Congressional District 22 and Tulare County Supervisor District 3.
The CD 22 race features three Democrats — Phil Arballo, Dary Rezvani, Bobby Bliatout — and one candidate without a party preference — Eric Garcia — trying to unseat incumbent Devin Nunes (R-Tulare). All have been invited to attend.
The event starts 6:45 p.m. at the College of Sequoias Ponderosa Room in Visalia.
The Fresno 4 All and Visalia events are free and open to the public.

Proud to have received the endorsement of @CaliforniaLabor! It’s time for Valley working families to have a voice in Congress. Watch full announcement here 👉🏽 https://t.co/D66OQUafco pic.twitter.com/uMwoyRotV9

'Confused and Angry': Brexit Unsettles EU Citizens in the UK