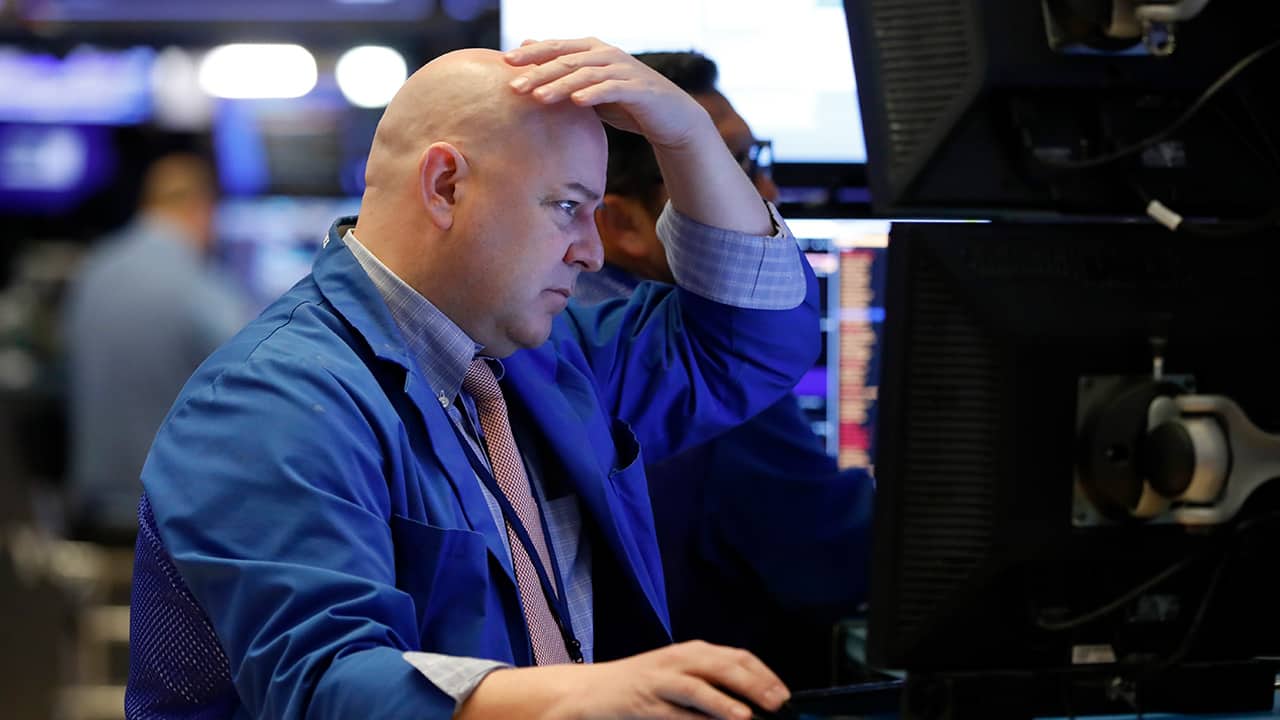 NEW YORK — U.S. stocks tumbled following a sell-off in markets in Europe and Japan Monday after China announced a sharp rise in cases of a deadly new virus that threatens to crimp global economic growth.
The Dow Jones Industrial Average and S&P 500 each fell about 1.4%, giving up a significant portion of their gains for January. Airlines, resorts and other companies that rely on travel and tourism suffered steep losses. Gold prices rose as did bonds as investors headed for safer holdings. The yield on the 10-year Treasury fell to 1.61%, its lowest level since October.
Investors are in a “sell first, ask questions later situation,” said Alec Young, managing director of global markets research at FTSE Russell.
Most markets in Asia were closed for the Lunar New Year holiday, but Japan’s Nikkei fell 2.03%, its biggest decline in five months. European markets also slumped. Germany’s DAX dove 2.6%.
Chinese health authorities have confirmed 2,750 cases of the coronavirus along with 81 related deaths as authorities extended a week-long public holiday by an extra three days as a precaution against having the virus spread still further. The coronavirus has spread to a dozen countries, including the U.S. Besides the threat to people’s lives and health, investors are worried about how much damage the virus will do to profits for companies around the world. People walk by an electronic stock board of a securities firm in Tokyo, Monday, Jan. 27, 2020. Shares tumbled Monday in the few Asian markets open as China announced sharp increases in the number of people affected in an outbreak of a potentially deadly virus. (AP Photo/Koji Sasahara)

Resort Operators Were Among the Biggest Losers

A Few Companies Managed to Climb Against the Sliding Markets

Technology companies and banks were also among the losers in the early going. Apple, which relies on China for supplies and sales, slumped 2.6%. Citigroup fell 2.9%.
Energy stocks fell broadly as oil prices slipped 2.8% on worries about reduced demand from China. Schlumberger fell 4.7%.
Utilities and real estate companies held up better than most of the market. Both sectors are viewed as less-risky and are little-affected by international issues and developments.
A few companies managed to climb against the sliding markets. Bleach and cleaning products maker Clorox jumped 2.5%.
Small biotechnology companies and drug developers made some of the biggest gains. Cleveland BioLabs more than doubled, while NanoViricides and BioCryst also rose solidly.
Investors are also dealing with a heavy week of corporate earnings. Apple will report financial results on Tuesday. Pharmaceutical giant Pfizer and Starbucks will also report.
Boeing, McDonald’s, Coca-Cola and Amazon are also among some of the biggest names reporting earnings throughout the week that includes 147 S&P 500 companies.

Arizona, California Cases Push US Tally of New Virus to 5