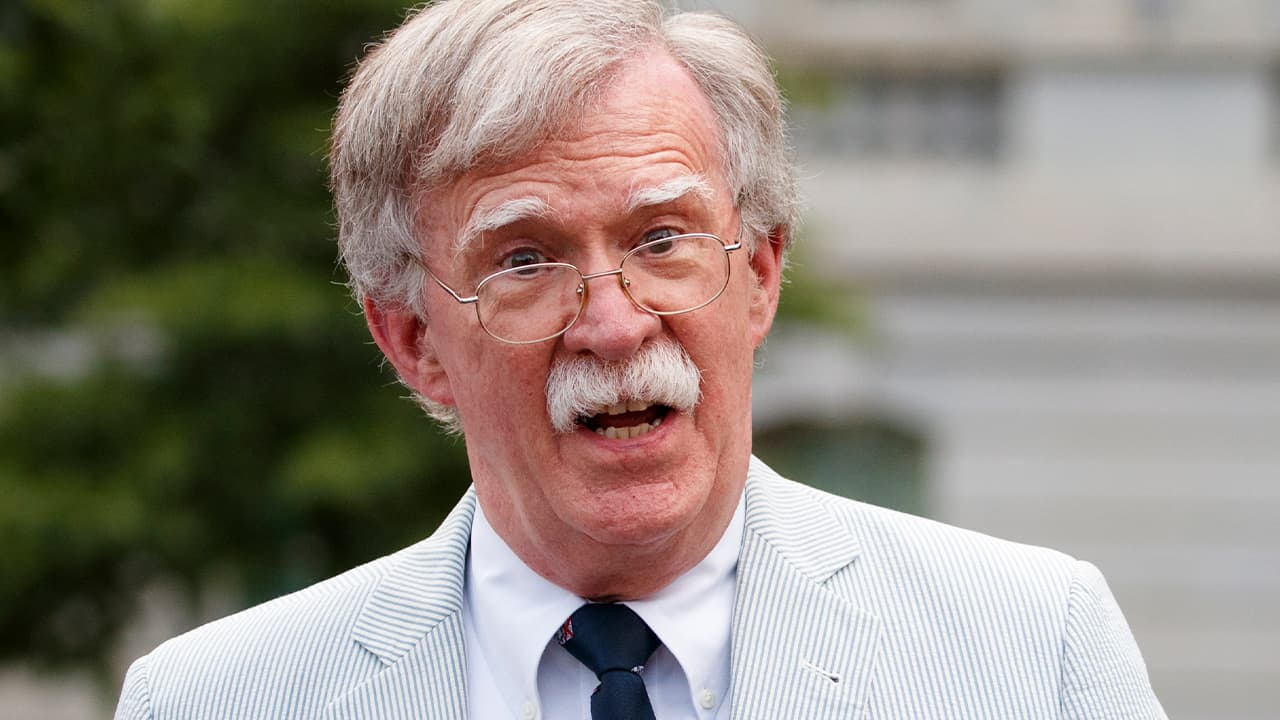 WASHINGTON — Pressure is increasing on senators to call John Bolton to testify at President Donald Trump’s impeachment trial after the revelation that a draft of a book by the former national security adviser undercuts a key defense argument — that Trump never tied withholding military aid to Ukraine to his demand the country help investigate political rival Joe Biden.

Before any vote on witnesses, Trump’s legal team was to make its case in depth on Monday, turning to several high-profile attorneys to argue against impeachment.
The team laid out the broad outlines of its defense in a rare Saturday session, at which they accused House Democrats of using the impeachment case to try to undo the results of the last presidential election and drive Trump from office.
The White House has had Bolton’s manuscript for about a month, and has challenged his use of certain material it considers classified, according to a letter from Bolton’s attorney.
Democrats are saying that Trump’s refusal to allow administration officials to testify in the impeachment proceeding only reinforces that the White House is hiding evidence.
Senate Democratic leader Chuck Schumer said: “We’re all staring a White House cover-up in the face.”
Schumer drew on polls that show the public wants to hear from witnesses. “We want the truth,” he said. “So do the American people.”
Rep. Adam Schiff, who is leading the House prosecution team, called Bolton’s account a test for the senators sitting as jurors. In this image from video, a graphic is displayed as impeachment manager Rep. Jerrold Nadler, D-N.Y., argues in favor of an amendment proposed by Senate Minority Leader Chuck Schumer, D-N.Y., to subpoena John Bolton during the impeachment trial against President Donald Trump in the Senate at the U.S. Capitol in Washington, Wednesday, Jan. 22, 2020. (Senate Television via AP)

“I don’t know how you can explain that you wanted a search for the truth in this trial and say you don’t want to hear from a witness who had a direct conversation about the central allegation in the articles of impeachment,” Schiff said on CNN.


“I don’t know how you can explain that you wanted a search for the truth in this trial and say you don’t want to hear from a witness who had a direct conversation about the central allegation in the articles of impeachment.” — Rep. Adam Schiff, who is leading the House prosecution team
Four Republicans would have to break ranks to join Democrats to call any witnesses, which would extend the trial, which has been expected to conclude fairly rapidly. The Republicans hold a 53-47 Senate majority.
Bolton’s account was first reported by The New York Times and was confirmed to The Associated Press by a person familiar with the manuscript on the condition of anonymity. “The Room Where It Happened; A White House Memoir” is to be released March 17.
John Ullyot, a spokesman for the National Security Council that Bolton used to lead, said the manuscript was submitted to the NSC for “pre-publication review” and had been under initial review.
“No White House personnel outside NSC have reviewed the manuscript,” he said.
When the Times report went online Sunday night, the seven House Democratic managers immediately called on all senators to insist that Bolton be called as a witness and provide his notes and other relevant documents. Sen. Chuck Schumer, the Senate’s top Democrat, issued the same call.
Trump denied the claims in a series of tweets early Monday.

“I NEVER told John Bolton that the aid to Ukraine was tied to investigations into Democrats, including the Bidens,” Trump said. “If John Bolton said this, it was only to sell a book.”
Trump said people could look at transcripts of his call with Ukrainian President Vlodymyr Zelinskiy to see there was no pressure for such investigations to get the aid. In that call, Trump asked Zelinskiy to “do us a favor” with the investigations as he was withholding nearly $400 million in military aid to the U.S. ally at war with Russia.
Trump falsely claimed Monday that the Democrat-controlled House “never even asked John Bolton to testify.” Democrats did ask Bolton to testify, but he didn’t show up for his deposition. They later declined to subpoena Bolton, as they had others, because he threatened to sue, which could lead to a prolonged court battle.
Schiff said Bolton — known to be a copious notetaker — should also provide documents.
Bolton, who sent this book manuscript to the White House for review, is now enmeshed in a legal dispute with the White House over the manuscript’s use of direct quotes and other material from meetings and foreign leader discussions. That’s according to a person familiar with the matter, who spoke on condition of anonymity because the person wasn’t authorized to speak on the record.
The White House has requested that Bolton remove material it considers classified, the person said, which has the book behind schedule.
Bolton acrimoniously left the White House a day before Trump ultimately released the Ukraine aid on Sept. 11. He has already told lawmakers that he is willing to testify, despite the president’s order barring aides from cooperating in the probe. In this image from video, House impeachment manager Rep. Jason Crow, D-Colo., holds up documents released by the Office of Management and Budget (OMB) under a Freedom of Information Act request as he speaks during the impeachment trial against President Donald Trump in the Senate at the U.S. Capitol in Washington, Wednesday, Jan. 22, 2020. (Senate Television via AP)

Eventual acquittal is likely in a Senate where a two-thirds majority vote would be needed for conviction. Still, the White House sees its Senate presentation this week as an opportunity to counter the allegations, defend the powers of the presidency and prevent Trump from being weakened politically ahead of November’s election.
Trump faces two articles of impeachment. One accuses him of abusing his power by asking Ukraine to investigate while withholding military aid. The other alleges that Trump obstructed Congress by directing aides to not cooperate with the impeachment inquiry.
Monday’s presentation was expected to include appearances by Alan Dershowitz, who will argue that impeachable offenses require criminal-like conduct, and Ken Starr, the independent counsel in the Whitewater investigation that led to the impeachment of President Bill Clinton. Former Florida Attorney General Pam Bondi is also expected to make arguments.
Democrats argued their side of the impeachment case for three days last week, warning that Trump will persist in abusing his power and endangering American democracy unless Congress intervenes to remove him before the 2020 election.
Once Trump’s team concludes, senators will have 16 hours to ask questions of both the House impeachment prosecutors and the president’s legal team. Their questions must be in writing, and Chief Justice John Roberts, who has been presiding over the trial, will read them aloud.