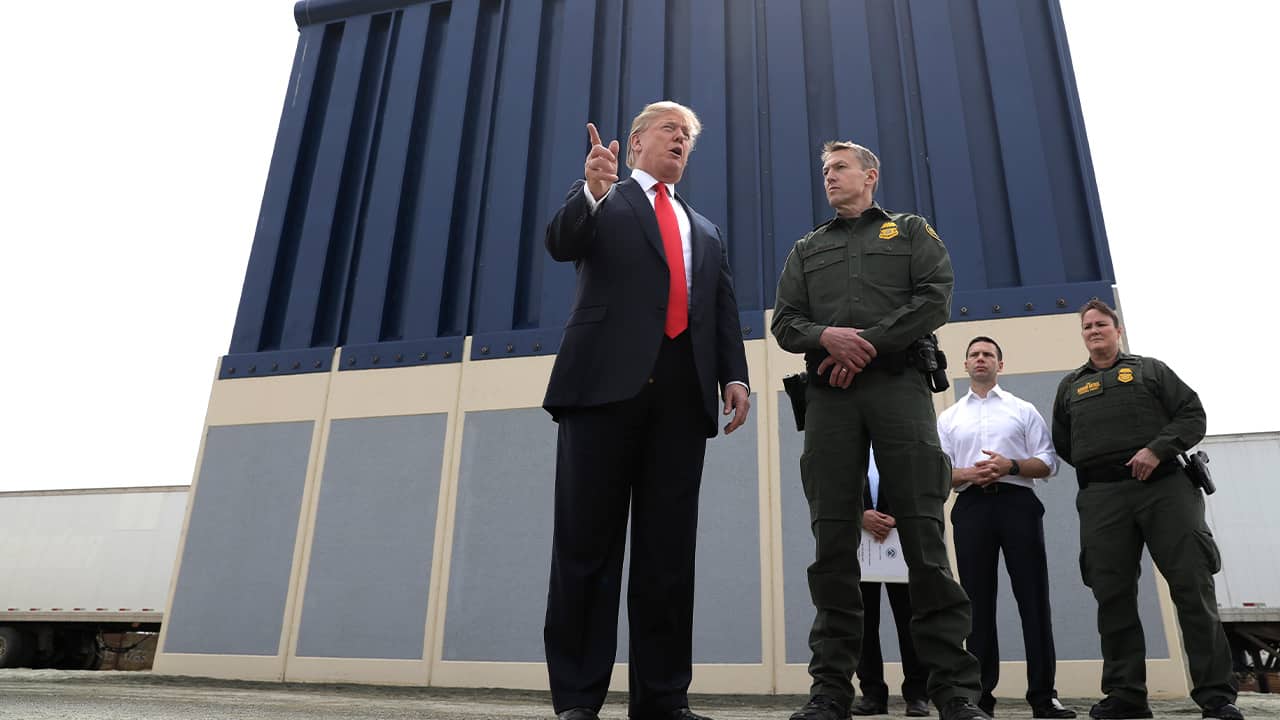 WASHINGTON — The Trump administration has named a new head of the U.S. Border Patrol.
Rodney Scott will take over for Carla Provost, who is retiring, according to an announcement obtained Friday by The Associated Press from Mark Morgan, acting head of U.S. Customs and Border Protection.
Scott has been a member of the Border Patrol for 27 years. He takes over the law enforcement agency at a critical time. The Border Patrol and its 19,000 agents have been under a constant spotlight. Curbing immigration is one of President Donald Trump’s top priorities. The agency has come under fire for crowded stations where migrants were held for long periods as border crossings surged and the immigration system clogged at all ends.
Border agents pleaded for help, but it wasn’t until last summer, when reports of squalid conditions and surging numbers of detainees and children dying were published, that Congress authorized additional funding to increase capacity.
Over the budget year that ended Sept. 30, there were 859,510 apprehensions by Border Patrol, plus 110,000 encounters of people who tried to enter the country legally but were deemed inadmissible. There were nearly 1 million crossings from the early 2000s, but those were mostly single men from Mexico who were easily returned, not families from Central America who require much more care.
The numbers have since declined precipitously, in part because of a policy that began last year forcing asylum seekers to wait in Mexico instead of the U.S. More than 50,000 people have been returned over the border. FILE – In this July 31, 2018, file photo, then-Customs and Border Protection U.S. Border Patrol Acting Chief Carla Provost takes questions as the Senate Judiciary Committee holds a hearing on the Trump administration’s policies on immigration enforcement and family reunification efforts, on Capitol Hill in Washington. For the first time in the 94-year history of the U.S. Border Patrol, a woman is in charge. Provost was named to the position in August 2018 after serving as acting chief since April 2017 (AP Photo/J. Scott Applewhite, File)

Scott Will Relocate to Washington to Head the Agency

Provost Will Retire at the End of the Month

Provost was the first female leader of the Border agency. She had years of experience and helped modernize the agency’s use of force manual, vastly changing how agents used force and were held accountable for it.
She managed the Border Patrol through the growing crisis at the Southern border, defending her agents and attempting to showcase their law enforcement work, rescues and humanitarian help even as criticism grew.
She slammed as “completely inappropriate” a closed Facebook group with thousands of members that mocked migrants and lawmakers. Dozens of agents were investigated, and some were disciplined. Some lawmakers called for her to resign after news reports surfaced that she had been a brief member years earlier, though there was no indication she knew about the inflammatory posts.
Provost, whose roots are in small-town Kansas, will retire at the end of the month.
She wrote to agents in a farewell note on Thursday that she initially thought the Border Patrol would be a stepping stone to other jobs in federal law enforcement.
“I entered on duty in Douglas, Arizona, having only seen it as a dot on a map that looked much closer to Tucson than it actually was,” she wrote. “After one year, I knew this was where I was meant to be.”